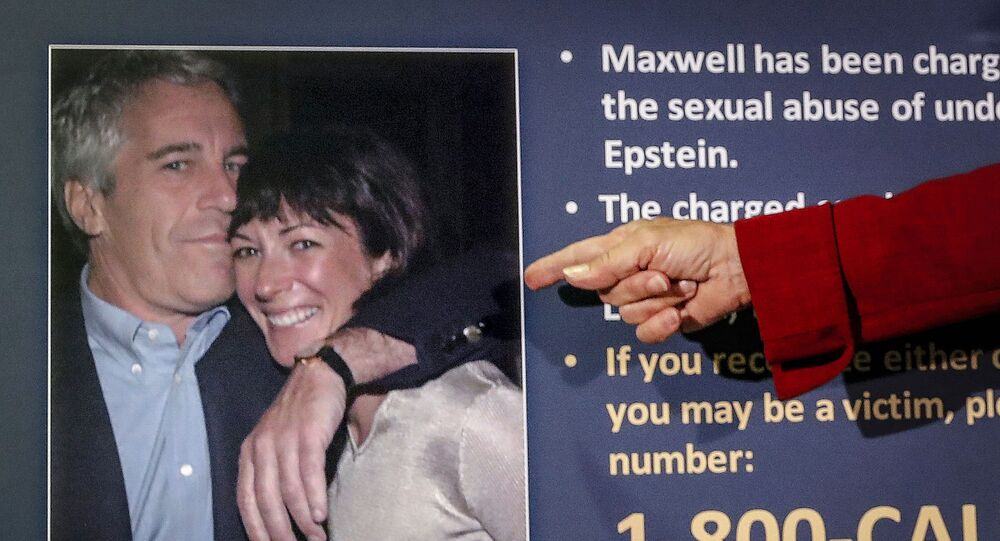 Ghislaine Maxwell Was 'Tyrant' With Epstein’s Victims Because She Loved Him, Book Claims

Virginia Giuffre, allegedly a victim of Jeffrey Epstein, who forced minors into prostitution, earlier claimed that she was “hired” by Epstein's close friend and accomplice, Ghislaine Maxwell, when the 17-year-old Giuffre worked in the locker room of the tony Mar-a-Lago resort in Florida over 20 years ago.

Virginia Roberts Giuffre alleged that Ghislaine Maxwell was in love with Epstein, and could be a “tyrant” to girls that the financier drew into his criminal sex trafficking net, according to an upcoming book "Perversion of Justice: The Jeffrey Epstein Story," written by Miami Herald investigative reporter Julie K. Brown.

The comment was based on the history, told by Giuffre, one of Maxwell’s accusers, who testified under oath that Maxwell "could be a tyrant, often glaring at her whenever she became distracted from her ‘work’.” She also said that the couple “rarely slept together or shared intimate moments, like holding hands or kissing.”

"Virginia said this was because Maxwell was never able to satisfy Epstein’s insatiable appetite for girls. Maxwell came to accept his obsession as long as those encounters remained purely sexual," the author says.

According to the book, Maxwell, who met Giuffre in the Mar-a-Lago country club in 2000, proposed to arrange a job interview with Epstein, after learning that Giuffre had toyed with the idea of embarking on a career as a masseuse.

“Virginia was skeptical, pointing out that she didn’t have the proper training. But Maxwell assured her that she could learn on the job, noting that it looked as if Virginia was serious about her vocation—based on all the sticky notes she could see poking out of the anatomy book in her hands,” according to the book.

Before the meeting with Epstein in his residence in Palm Beach, Maxwell prepared Giuffre, giving some guidance on massage for the millionaire financier, saying that Giuffre “could become Jeffrey’s traveling masseuse, seeing the world and getting paid well for it.”

The proposal “seemed legitimate” and Giuffre continued meeting with Epstein and Maxwell. During one session, Epstein, while chatting with the girl, “flipped over, exposing [himself].”

“She looked at Maxwell for guidance, but the proper English lady was now topless. She began to undress Virginia,” the author says.

According to the book, Giuffre suggested that relations between Maxwell and Epstein "was an arrangement whereby she would bring him the girls, and he would give Ghislaine the kind of self-indulgent life that she was accustomed to, growing up."

Maxwell is currently in custody awaiting a trial scheduled for November. Maxwell was arrested in July 2020 and charged with sex trafficking of minors for Epstein, and perjury, among other things. She faces up to 35 years in prison.

Epstein was accused of creating a criminal network for the sexual exploitation of girls, including minors. He was also suspected of human trafficking. The pedophile millionaire, known to be a confidante of the powerful and wealthy, including US Presidents Bill Clinton and Donald Trump, was arrested in New York in July, 2019. A month later, the sexual predator committed suicide in prison under suspicious circumstances.