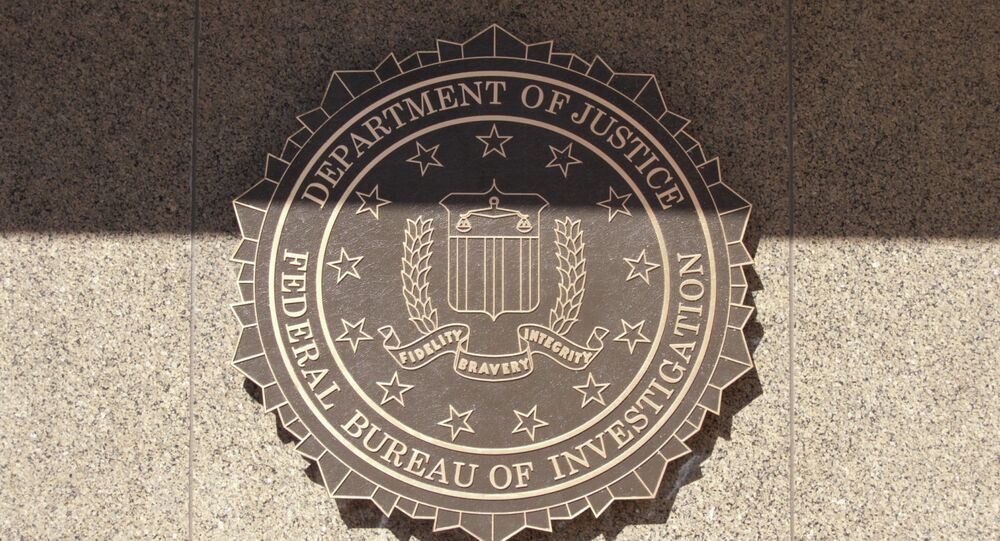 The White House said on Friday it would be dispatching federal police officers from the Federal Bureau of Investigation (FBI) and US Department of Homeland Security (DHS) to Haiti in the aftermath of the assassination of Haitian President Jovenel Moïse, slain in his home by a hit squad early Wednesday morning.

"In response to the Haitian request for security and investigative assistance, we will be sending senior FBI and DHS officials to Port-au-Prince as soon as possible to assess the situation and how we may be able to assist," White House Press Secretary Jen Psaki told reporters on Friday.

Psaki also revealed the US was providing $5 million to the Haitian National Police (PNH) "to work with communities to resist gangs.”

“Strengthening Haiti’s law enforcement capacity is a key US priority - was before the assassination a few days ago, continues to be," she added, "and the US Department of State’s Bureau of International Narcotics and Law Enforcement Affairs provides assistance directly to the Haitian National Police."

Psaki added that Haiti was one of the nations to which the US would be donating COVID-19 vaccines, saying they could begin being delivered "as early as next week." Haiti has no state vaccination plan. Last month, 130,000 doses of the AstraZeneca vaccine supplied by the COVAX partnership were indefinitely delayed due to manufacturing issues in India. Haiti has a population of 11 million.

The PNH said Thursday it had captured or killed all of the 28-man commando that stormed Moïse's house in a Port-au-Prince suburb early Wednesday morning, killing him and wounding his wife, Martine. Two of the men were Americans and 26 were Colombians, with 17 of them believed to be ex-military. The captured Americans have claimed they were simply translators and that the commando intended to capture, not kill the 53-year-old president. However, his body was mutilated by more than a dozen bullets, according to eyewitnesses.

Psaki said Friday that the investigation of the two Americans "is not going to impact the assistance we're providing" to Haiti.

According to Reuters, Edmond Bocchit, Haiti's ambassador to the US, asked the US in a Wednesday letter to US Secretary of State Antony Blinken to impose sanctions on all involved in Moise's assassination sanctions under the Global Magnitsky Act, a 2016 law used to censure human rights offenders by blocking their access to the United States and seizing their assets.

Since Moïse's murder, acting Prime Minister Claude Joseph, a Moïse appointee, has assumed de facto control of the country and is recognized in that role by the United Nations and United States, which have both urged the need for stability. However, there are other contenders for the position, including Ariel Henry, a neurosurgeon who Moïse had named to succeed Joseph as prime minister just hours before the assassination, but who had not yet formed a new government. Joseph on Wednesday declared a two-week state of emergency that gave police wide-ranging powers to hunt down the perpetrators and the masterminds of the assassination.

Bocchit told France 24 on Thursday that the PNH was "overwhelmed and facing well-armed gangs" and welcomed any assistance that would allow the restoration of orderly life. However, he also said that the US and Haiti had "not been discussing" the deployment of US forces to the country, which is about 600 miles southeast of Florida.

"Our relationship with the UN has been tarnished," he added, referring to the 2010 outbreak of cholera that killed more than 10,000 Haitians. The outbreak was traced to UN peacekeepers deployed to the country in the aftermath of the catastrophic earthquake that killed more than 230,000 Haitians. "But at the same time, we understand that many countries want to help. Now we need help: it's very important to say that, we cannot hide it, because the National Police in itself cannot - and the armed forces we have ... can help the National Police but it's not enough. Therefore, it's very important to assess the situation and see what would be best suited for the actual reality."

The US has repeatedly intervened in Haiti with military forces, including a 19-year occupation from 1915 to 1934, and carried out or facilitated several coups d'etat of popular leaders who threatened US interests in the country. Washington's backing of Moïse's claim earlier this year that his presidential term had another year left, in contrast to a high court ruling that his term had expired, brought mass protests demanding the US end its support for him and not intervene in Haitian affairs.