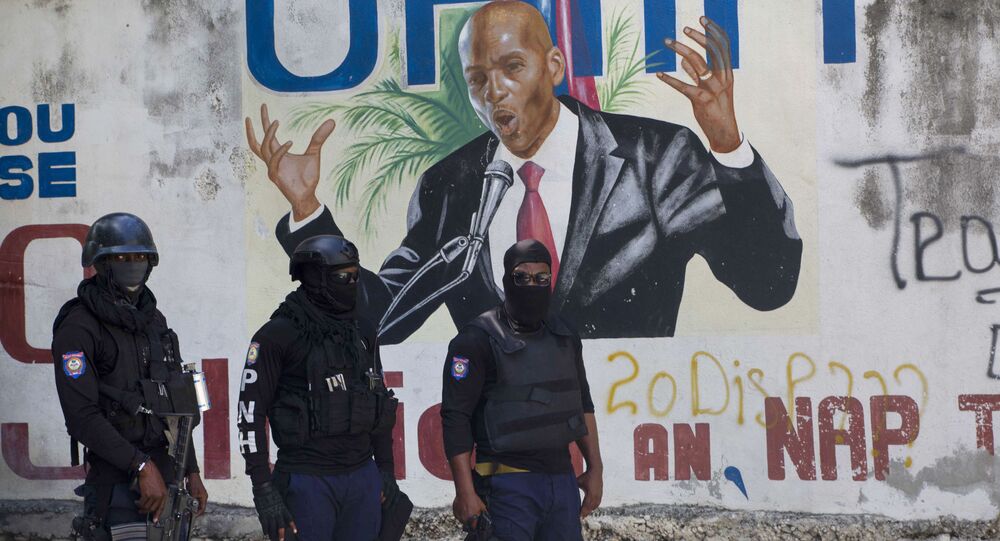 The head of the country succumbed to his wounds after he was shot several times in his own home. The assassins also injured his wife, but her life is currently "out of danger", according to the country's interim president.

Haiti's President Jovenel Moïse was shot 12 times with high-calibre rounds before succumbing to his wounds, local deputy justice of the peace, Carl Henry Destin, has revealed in an interview with the country's Le Nouvelliste newspaper. According to Destin, cartridges for 5.56-mm rounds, used in various NATO weapons such as the M4A1 and FN SCAR, and cartridges for 7.62-mm calibre rounds, used, for example, in the AK arms family, were found at the late president's house.

The deputy justice further revealed that Moïse had been shot in the head, chest, and hips several times. One bullet struck him in the forehead, while another ripped through the president's abdomen.

"The president’s office and bedroom were ransacked. We found him lying on his back, blue pants, a white shirt smeared with blood, his mouth open, his left eye blown out", Destin said, sharing gruesome details about Moïse's killing.

At the same time, apart from the president and his wife, Martine Moïse, who was transferred to Florida for treatment, no one else in the house was shot, including the presidential security detail, the deputy justice said. One of Moïse's children, his daughter Jomarlie Jovenel Moïse, is known to have hidden from the attackers in her brother’s bedroom.

© REUTERS / STRINGER
From Victim to Villain: Mixed Feelings in Haiti After President's Assassination

Little is known about who ordered the hit on the president of the country, which was already embroiled in a political crisis, further destabilising the situation. Haiti’s authorities said that foreign professional mercenaries disguised as agents of the US Drug Enforcement Administration (DEA) carried out the attack. Four of the attackers were killed and two more were apprehended late on 7 July by Haiti’s National Police. Haiti's interim authorities have not yet accused anybody of ordering the president's assassination.

From Emperors to Presidents: Haiti's History of Political Killing Returns to Haunt It

Haiti Has Video Footage That May Be Clue in Moise Assassination Probe, Envoy to US Says