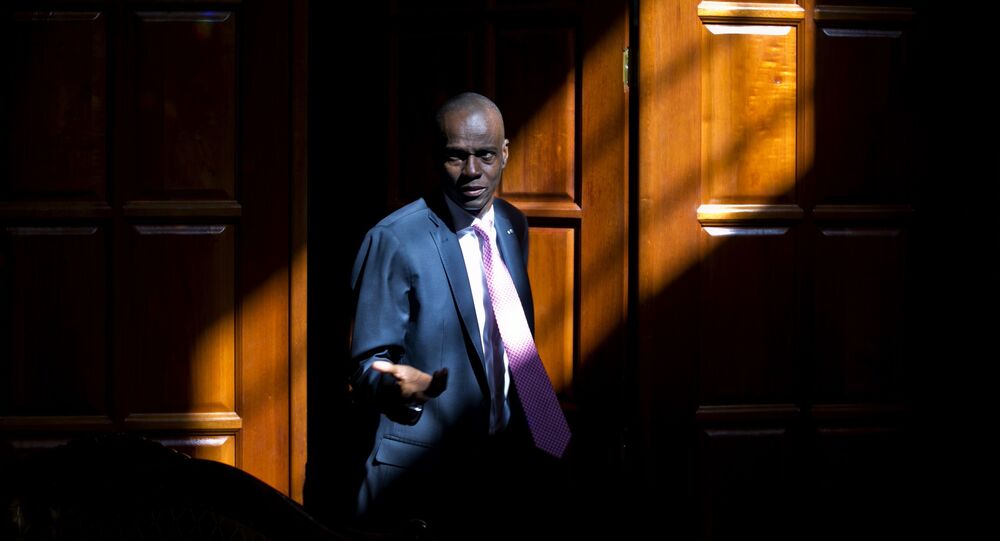 Joseph is leading the country at the moment in conjunction with the president's cabinet, until a new election can be organized. Moïse's term expired in February but after circumventing both parliamentary and presidential elections was left in sole control of the country, prompting months of mass protests.

A two-week state of emergency has been declared in the Caribbean nation as the government mounts a manhunt for the killers who slew Moïse and injured his wife, Martine, at their home outside the capital of Port-au-Prince. Joseph also declared 15 days of mourning, from July 8 through July 22.

During the state of emergency, Haitian authorities have been given widespread powers, according to Gazette Haiti News, including:

Video circulating on social media on Wednesday purports to show the team of assassins outside the presidential mansion, who identify themselves as agents of the US Drug Enforcement Administration (DEA), a federal police agency that often operates in other countries. They can be heard speaking both Spanish and American English in the video.

The assassins claimed to be DEA; spoke a mix of Spanish & English with a US accent. Haiti's government says highly trained foreign attackers involved. All borders & airports shut.

​Bocchit Edmond, the US ambassador to Haiti, told Reuters there was "no way they were DEA agents."

Dominican media reported Wednesday that authorities were investigating the possibility that Moïse's assassins had fled into the Dominican Republic, which shares the island of Hispaniola with Haiti.

"We stand ready and stand by them to provide any assistance that's needed," she said. "Of course our embassy and State Department will be in close touch but it's a tragedy. We stand with them and it's important that people of Haiti know that."

However, those words might not bring comfort to many Haitians' ears: months of mass protests have demanded the US end its support for Moïse, which they said was responsible for his unpopular government being kept in power. Moreover, in 1915, when Haiti's then-president, Vilbrun Guillaume Sam, was killed in an uprising provoked by his execution of rebel leaders, then-US President Woodrow Wilson invaded the country with US Marines, who established a puppet military regime that ruled the country until 1934, resulting in the deaths of more than 15,000 Haitians.

Moïse's rise to power began in the aftermath of the catastrophic 2010 earthquake that killed at least 230,000 people in Haiti, a desperately impoverished nation where few democratically elected leaders finish their terms, and both the United States and United Nations have repeatedly militarily intervened when persons or parties rise to power that threaten international business interests there. President Michel Martelly of the Tet Kale party oversaw the reconstruction effort, helped into power by then-US Secretary of State Hillary Clinton. Martelly prioritized profit-generating enterprises that served foreign interests, such as tourism, agribusiness, sweatshops, and mining, ensuring that donors to the Clinton Global Initiative directing aid to the country “made out like bandits,” as the North American Congress on Latin American (NACLA) nonprofit has put it.

Moïse's election campaign was likely financed by Martelly's alleged embezzlement of the PetroCaribe fund, but even then election irregularities delayed his inauguration by a year, leading him to claim that his term should last until February 2022, not 2021, as the country’s Superior Judicial Council ruled and many Haitians felt was the case. The US State Department and United Nations both backed Moise's claim of an extended term, however, and have continued to do business with his government even as increasingly deadly violence was deployed against protesters both by Haitian security forces and bands of armed gangsters.