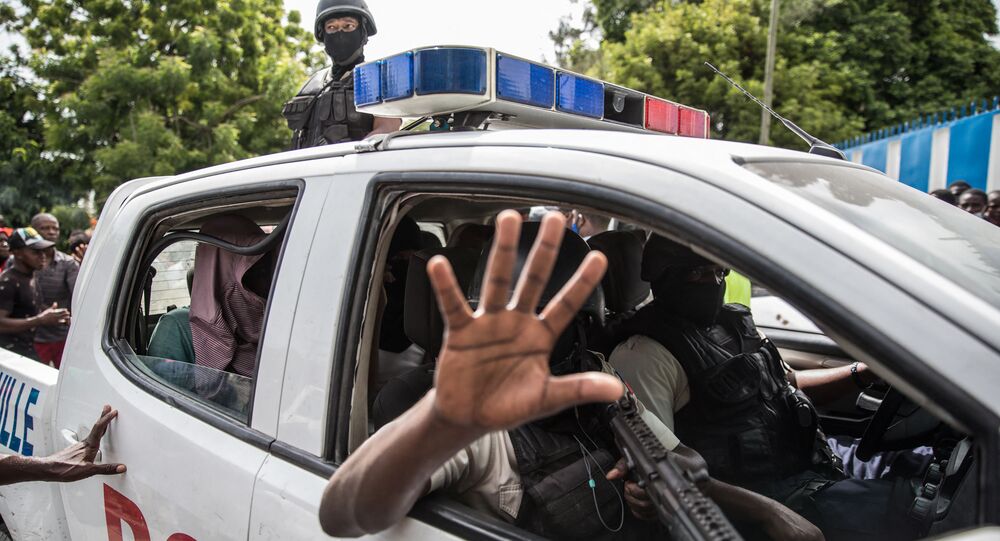 MOSCOW (Sputnik) - Two US citizens who were arrested in Haiti on suspicion of involvement in the assassination of President Jovenel Moise said that he was not supposed to be eliminated, Justice of the Peace Clement Noel said.

"They said that they were translators. The mercenaries' goal was to arrest President Moise under the warrant of an investigating magistrate, and not kill him," Noel told the Nouvelliste newspaper, citing the suspect's testimonies.

The precise nature of the warrant was not elaborated. The news outlet said that Solages claimed to have found out about the job on the internet and arrived in Haiti a month ago, while the other alleged assassins did so three months ago.

Investigators searching the suspects' vehicles found firearms and US cash, including a server of a video camera that was installed in Moise's residence, and his wife's checkbook, the official said.

Moise was shot dead in his private residence on Wednesday morning, and his wife was injured in the attack. The Haitian police have reportedly identified 28 suspected murderers, most of them Colombian citizens. The Haitian law enforcement apprehended 17 suspects, including two Haitian-born US citizens, identified as James Solages and Joseph Vincent.