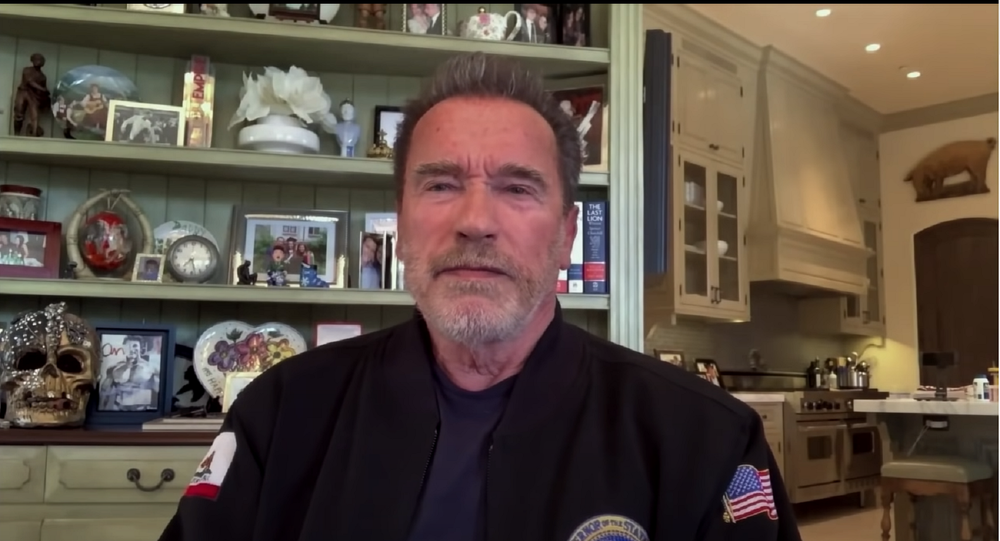 Jenner, a former Olympic champion and a step-dad to the Kardashian clan, declared her intention to run against Democratic Gov. Gavin Newsom in a recall election last week. She filed the necessary paperwork to begin her campaign and officially declared her candidacy on social media, unveiling her latest campaign slogan, Caitlyn For California.

The action movie legend and former California governor Arnold Schwarzenegger said his "good friend" Caitlyn Jenner has just as good a chance as anyone else and that he hopes the candidate who ultimately wins the election will be the best person for the job.

"The key thing about all of this is it doesn't matter if it's Caitlyn or anyone else," the star of Terminator said in an interview with Jimmy Kimmel. "To have a clear vision of where you want to go, what are the kind of changes you want to make and why are you qualified to become governor. That's what you have to convince the people."

Indeed, Schwarzenegger, who served as California's 38th governor from 2003 to 2011, gave a very diplomatic answer, although he added:

"Anyone has a chance because I think that the people are dissatisfied with what's going on here in California," he opined.

Schwarzenegger noted that the candidates will be attacked "no matter who they are."

"All the other stuff is all nonsense because the press will attack you no matter who you are. They attacked me but then, in the end, I won so that was the main thing," the "Total Recall" star, who himself won the governor recall elections in 2003, said.

71-year-old Jenner, who used to be the husband of the Kardashian matriarch Kris Jenner, is registered as a Republican, although it is uncertain at the moment whether she will run as a GOP or independent candidate.

In criticism of Trump's stance on transgender rights, she did not vote for him in 2020, but did so before, in 2016.

Republicans are increasingly calling for Newsom to be removed from office, prompting the recall election. If a Republican wins, it will be the first time the party has controlled the state since Schwarzenegger's victory in 2003.

Former San Diego Mayor Kevin Faulconer, former US Representative Doug Ose, and businessman John Cox, all of whom ran against Newsom in the 2018 gubernatorial election, are also running, among others.