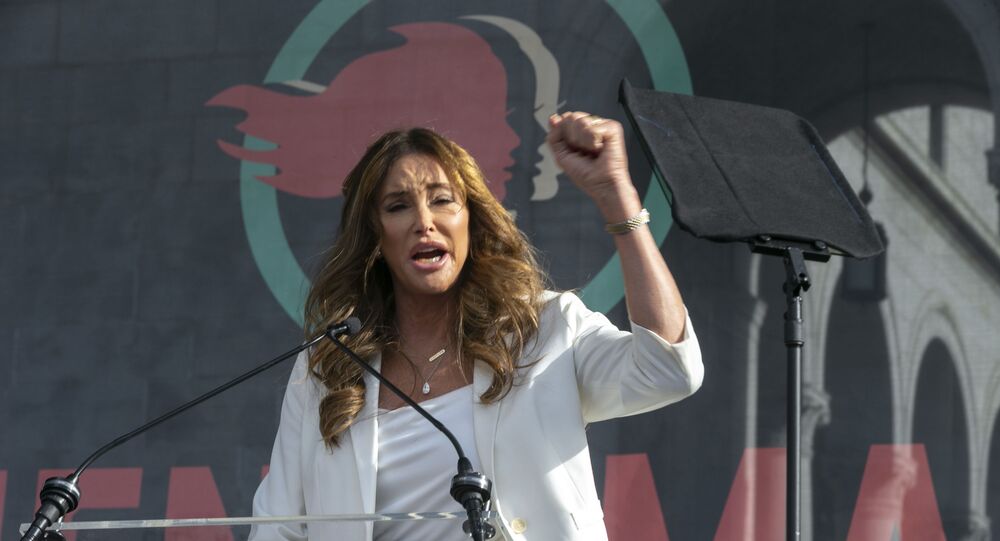 Democratic California Governor Gavin Newsom is facing a possible recall election as officials verify more than 2 million signatures submitted by organizers last month. The last special recall election in California resulted in a win for Austrian-American actor Arnold Schwarzenegger, a Republican who served as California governor from 2003 to 2011.

Jenner, a vocal Republican who announced her transition back in 2015, is receiving political advice from GOP fundraiser Caroline Wren, according to the sources "with direct knowledge of her deliberations."

The two reportedly became familiar with one another through their work with the conservative, LGBT-focused nonprofit American Unity Fund.

Wren notably served as an organizer for former US President Donald Trump's "Stop the Steal" rally prior to the January 6 riot at the US Capitol. Wren also held a position at Trump Victory, the former president's joint fundraising committee.

Whispers of Caitlyn Jenner trying to keep up with California come amid the possibility of a special recall election, which requires around 1.5 million verified signatures. A total of 2,117,730 signatures were turned in by the March 17 deadline, and are now being verified by county election officials until April 29.

The recall effort, which Newsom has branded as "the Republican recall," emerged in response to the California governor's handling of the COVID-19 novel coronavirus pandemic, and the impact of related closures on small businesses.

"This is about Gavin Newsom and his failed policies that have put us in the state of despair we are in today," said Orrin Heatlie, the 52-year-old retired California cop leading the effort.

However, Jenner's manager, Sophia Hutchins, told Politico back in February that her client "is not running for governor, has never considered running for governor and is very happy doing the work that she is doing to promote LGBT rights and spending time with her 18 grandchildren and 10 children."

Additionally, former Republican California Governor Schwarzenegger has warned Newsom that there are many parallels between the present-day public sentiment, and the "dissatisfaction" of Californians back in 2003. The "Terminator" actor replaced then-Governor Gray Davis, a Democrat, after winning that year's special recall election.

"It's pretty much the same atmosphere today as it was then," said Schwarzenegger, the 38th governor of California.

"There was dissatisfaction, to the highest level. And it’s the same with the momentum. Something that sets it off to a higher level, kind of the straw that breaks the camel’s back ... like an explosion.”