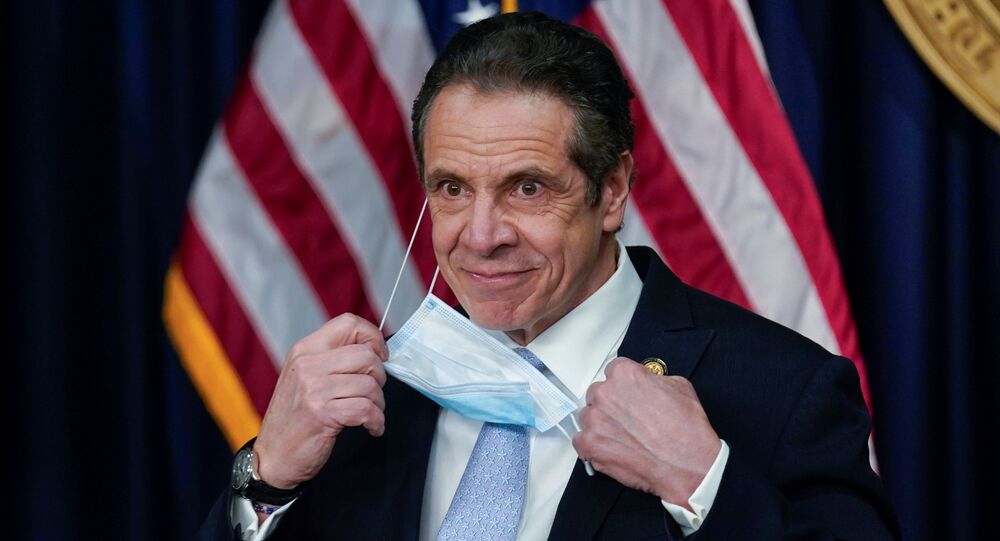 New York Governor Andrew Cuomo, under fire over multiple accusations of sexual harassment from several women, including ex-staffers, has rejected calls for resignation and vehemently denies any wrongdoing.

Embattled New York Governor Andrew Cuomo, who is facing a batch of sexual harassment accusations that he denies, is now feeling the heat from the Jewish community.

Cuomo is alleged to have once grumbled about a Jewish holiday ritual and humiliated a male aid by comparing him to a flat-chested transsexual, according to a profile of the governor detailed by The New York Times.

Having to put in a campaign appearance at a ceremony for the Jewish holiday of Sukkot during his run for attorney general in 2006 had irked Cuomo to the point that he is believed to have said, according to The Times:

Observers of the ritual build makeshift huts and shelters out of plants and leaves, called Sukkahs, and eat and sometimes sleep in them to commemorate the time Jewish people spent living in the desert after escaping Egypt.

​In response, a spokesman for Cuomo denied the cited comment had ever been made to an aide.

“His two sisters married Jewish men, and he has the highest respect for Jewish traditions,” the spokesman was cited as saying by the outlet.

While Andrew Cuomo has prided himself on a positive relationship with the Jewish community, things heated up last autumn when he ordered tightened restrictions on a number of Orthodox neighbourhoods during a major surge in COVID-19 cases, coincidentally, during Sukkot.

At the time, an Orthodox advocacy group, Agudath Israel, went as far as to sue Cuomo for violation of religious liberty by announcing the rule to restrict attendance at religious services in the specified neighbourhoods.

In December, the United States Court of Appeals for the Second Circuit issued a decision in the case of Agudath Israel of America v. Cuomo, upholding challenges against New York State’s restrictions on attendance at houses of worship during COVID-19.

As Andrew Cuomo's alleged propensity to publicly humiliate male and female aides, fuelling a toxic work environment, has been extensively reported amid the sexual harassment scandal, The Times has dug up another incident, dating to 2019.

A male aide to Cuomo was "stunned" when reportedly told by the governor:

"You'd be a good-looking tranny if you get a good set of tits."

In response to the alleged insult, cited by the outlet with reference to a source, a Cuomo spokesman told The Times:

"No one has done more to advance the rights of transgender New Yorkers than Governor Cuomo,” adding that "he would never make a comment so vile."

The new reports feed into a controversial portrait of the governor, who continues to fend off multifaceted accusations, ranging from sexual harassment and misconduct claims to charges that his office deliberately under-counted and under-reported the COVID-19 nursing homes’ death toll data after pushing nursing homes to take in coronavirus patients to lessen the burden on hospitals.

Set off when Lindsey Boylan, a former aide currently running for Manhattan Borough president, accused Cuomo of sexual harassment and kissing her in his office in February, the sex scandal snowballed, followed by nine other accusations, and prompting the state attorney general to open an investigation.

The sexual misconduct allegations are the subject of an independent probe by two outside lawyers overseen by Attorney General Letitia James' office, as well as an impeachment probe being pursued by the state Assembly.

Multiple New York elected officials have since called on Andrew Cuomo to resign, yet as he denies all accusations, the governor has refused to step down.