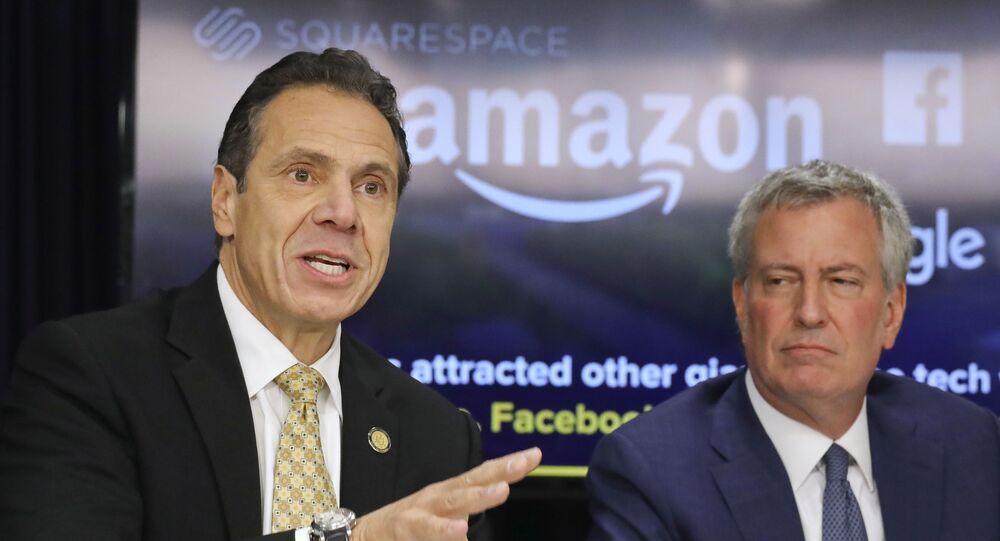 Additional allegations emerged against New York Governor Andrew Cuomo on Tuesday, with an anonymous female aide claiming that Cuomo invited her to the Executive Mansion in Albany, New York, and groped her in a sexually charged manner. The governor has denied allegations of sexual misconduct, and said details in the new report were "gut-wrenching."

While speaking to reporters, de Blasio, a Democrat, highlighted the recent Times Union article in which a sixth woman came forward with allegations against Cuomo.

"The specific allegation that the governor called an employee of his, someone who he had power over, called them to a private place and then sexually assaulted her, it’s absolutely unacceptable," he said, as reported by Reuters.

"It is disgusting to me, and he can no longer serve as governor."

The TU piece in question detailed that, sometime last year, the woman was "called to the mansion under the apparent pretext of having her assist the governor with a minor technical issue involving his mobile phone."

While they were alone in a room on the second floor of Cuomo's residence, the governor allegedly closed the door, reached under the aide's blouse and began fondling her. She reportedly told the governor to stop.

"I have never done anything like this. The details of this report are gut-wrenching," Cuomo said in a statement obtained by the TU. "I am not going to speak to the specifics of this or any other allegation given the ongoing review, but I am confident in the result of the attorney general’s report."

The embattled Democratic New York governor and his administration are also facing backlash for failing to report thousands of COVID-19-related nursing home deaths in the state.

It's worth noting that de Blasio has also been called to resign in the past year, following the May 25, 2020, killing of George Floyd by police officers. Though the notorious incident occurred in Minneapolis, Minnesota, it served as the catalyst for the emergence of nationwide protests against police brutality and other race-related issues.

Demonstrators in New York City called for the mayor to resign and 236 former and current de Blasio staffers demanded "radical change" in the wake of police-protester clashes in the city.

Rocket Sirens in Southern Israel Turn Out to Be False Alarm, IDF Says