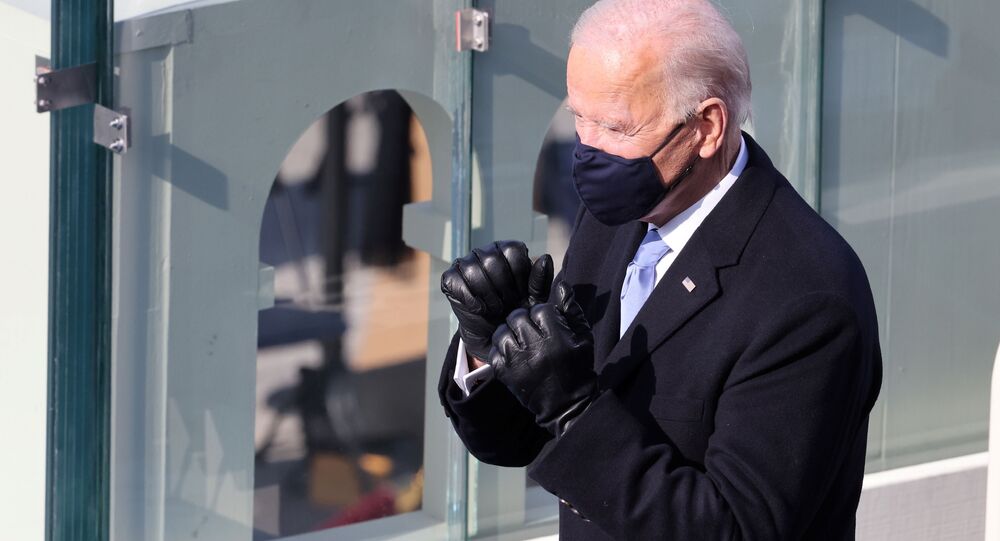 EU Scrambles to Speed Up its Efforts as US Enters 'Green' Competition, Returning to Paris Agreement

US President Joe Biden on Wednesday signed a number of executive orders including one on rejoining the Paris Climate Accord - an international agreement aimed at the mitigation of global warming.

John Kerry, now Biden’s climate envoy but was US Secretary of State at the moment of the accord's adoption, promised “humility” mixed with “ambition” at a business leaders' conference on Thursday, adding that he felt "pain and some embarrassment" over the US' behaviour under Trump, who pulled out of the deal.

Kerry also praised Europe for its perseverance; however, there’s growing anticipation of competition as European Commission President Ursula von der Leyen warned in a statement at the joint press conference with European Parliament President David Sassoli and Portuguese Prime Minister Antonio Costa that the EU must keep the first-mover advantage.

“Of course, this is great news for us in the fight against climate change and we, from the bottom of our heart, welcome it,” she said, adding that “it is also a further reason for Europe to speed up its efforts, to get moving and to keep the first-mover advantage. This is important, so I like competition, it is good competition, it is positive competition when it comes to the green economy.”

A senior EU official expressed their concerns to Politico: “Kerry will go around [to] everyone, [saying] we will give you money to buy American clean technology," said a senior EU official, "and [he] will win the Nobel Prize.”

Biden has promised to inject $2 trillion into clean energy in four years, which is more than 50% more than the EU budget for 2021-2027, which raises concerns that the Biden administration-led investment in “green” tech might overshadow the bloc's efforts.

There and Back Again

Donald Trump had formally pulled out from the Paris Climate Accord in 2020 – three years after announcing his intention in the Rose Garden on 1 June 2017.

© REUTERS / Joshua Roberts
US President Donald Trump refers to amounts of temperature change as he announces his decision that the United States will withdraw from the landmark Paris Climate Agreement, in the Rose Garden of the White House in Washington, US, June 1, 2017.

The president argued that the deal was bad for the US economy and implicitly unfair to the country while giving a ‘free pass’ to countries like India and China.

Republicans also slammed the agreement, saying it will impact US manufacturing jobs and force the nation to meet an ‘unfair’ environmental standard.