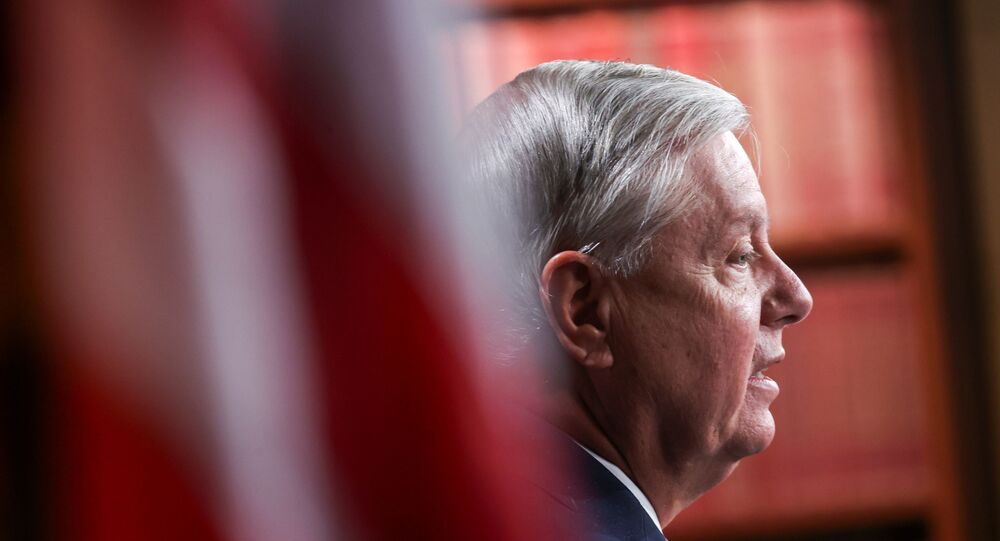 The US House of Representatives earlier voted to impeach Donald Trump for a second time, charging him with “incitement of insurrection”, after the riots on the Capitol by the supporters of the incumbent president on 6 January resulted in five deaths and widespread damage.

After a vote by the US House of Representatives on 13 January made Donald Trump the first president in the history of the United States to be impeached twice, Senator Lindsey Graham (R-S.C.) has voiced his concerns on Fox News that impeaching the POTUS could set a dangerous precedent, which could lead to other former presidents being convicted.

Drawing parallels with the Black Lives Matter protests that swept the country in the summer and caused some to "revisit" history, he continued:

“Under this theory, the radical left — if you can impeach a president after they are out of office, why don't we impeach George Washington? He owned slaves. Where does this stop?”

As the impeachment resolution will move to the Senate, with Majority Leader Mitch McConnell stating that the Senate process would begin "at our first regular meeting after receipt of the article from the House", Graham voiced the opinion that pushing ahead to seek Trump’s conviction would only feed the flames of further unrest.

“These actions, if they continue, will incite more violence… Every time you ask President Trump to calm his people down, to reject violence, to move on, he has done it. How has he been met? I think with outrageous misconduct by the Congress itself.”

Senator Graham’s comments came hours after the House of Representatives voted on the impeachment. He concluded:

“If you want to end the violence, end the impeachment.”

The senator refused to join a Trump-backed effort last week to contest Joe Biden's electoral college win, which was formally certified at a joint session of Congress on 6 January after the Capitol riots temporarily disrupted the procedure.

After the building had been cleared of Trump supporters, Graham had told colleagues in the Senate that he had “prayed” Biden would lose. “He won! He's the legitimate president," said the Senator, adding:

“All I can say is count me out, enough is enough… When it's over it is over.”

In the wake of the Capitol riots, which the Democrats immediately accused President Trump of "inciting" with his persistent claims that the 2020 election had been "stolen" from him, the House of Representatives forged ahead with plans to try to oust the sitting president from office either by Vice-President Mike Pence invoking the 25th Amendment – something he refused to do – or by launching impeachment procedures.

As the saga unfolded, Republican Senator Graham of South Carolina flew with the incumbent president on Air Force One for a trip to Alamo, Texas on 12 January, meant to mark the completion of 400 miles of the US-Mexico border wall.

“I don’t support invoking the 25th Amendment now. If something else happens, all options would be on the table,” Graham said of efforts to oust Trump from office.

On 11 January, although Trump had just days left in office ahead of the 20 January inauguration ceremony of Democrat Joe Biden, House Democrats filed an impeachment resolution charging Trump with inciting an insurrection.

On Wednesday, the House moved to impeach Trump 232 to 197, with at least 10 Republicans breaking ranks to support the decision.