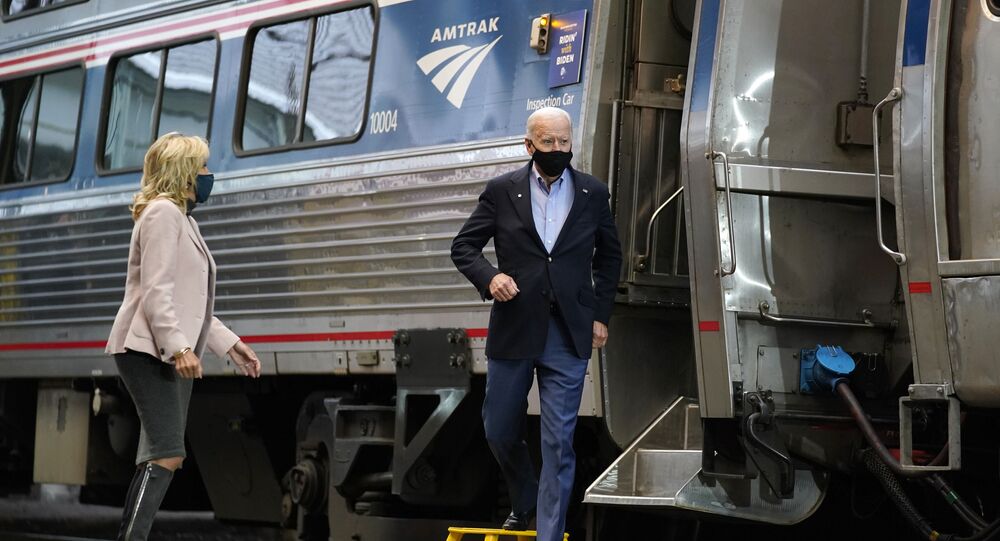 President-elect Joe Biden previously instructed his team to go ahead with the inauguration schedule and make no alterations to the plans on the account of the US Capitol riots, including those involving his train trip to Washington DC.

Joe Biden will not be taking the Amtrak train to Washington DC on 20 January for his inauguration amid intensified security concerns prompted by the US capitol riots last week, CNN reported, citing two officials familiar with the president-elect's plans.

Biden was supposed to take a 90-minute ride from Wilmington, Delaware to Union Station in the capital, located just several blocks away from the US Capitol, which is now heavily protected in response to last week's storming.

He previously insisted that he would take the train regardless of any complications that could arise due to the riots or the ongoing coronavirus pandemic, yet his team briefed him on Wednesday on potential additional challenges after gathering more information on the attack.

"In the week since the attack on Congress by a mob that included domestic terrorists and violent extremists, the nation has continued to learn more about the threat to our democracy and about the potential for additional violence in the coming days, both in the National Capital Region and in cities across the country. This is a challenge that the President-elect and his team take incredibly seriously", the team said in a statement shared by the CNN.

Five people died on 6 January after a group of Trump supporters stormed the US Capitol to protest the result of the vote that was being voted on in Congress.

The deadly incident occurred just two weeks before Joe Biden was set to be sworn in as the 46th US President on 20 January.