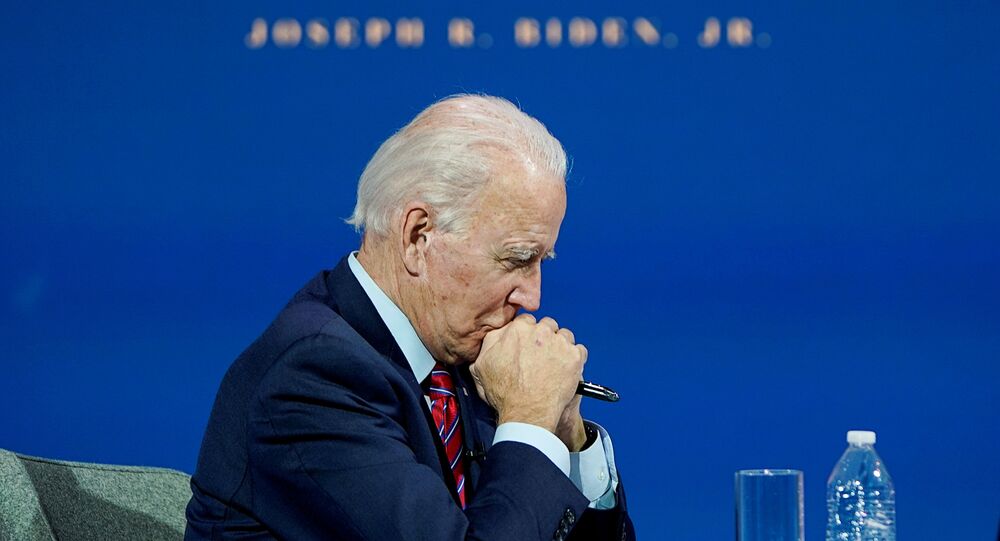 WASHINGTON (Sputnik) - US President-elect Joe Biden on Tuesday said the recent massive cyberattack on US companies and federal agencies represents a grave threat to national security and was carefully planned and carried out.

"This attack constitutes a grave risk to our national security," Biden said at a press conference. "It was carefully planned and carefully orchestrated , it was carried out by using sophisticated cyber tools. The attackers succeeded in catching the federal government off guard and unprepared."

Biden said there is much still unknown about the scope and extent of the damage rendered by the massive cybersecurity breach.

Recently, he has announced he was considering a round of sanctions against Russia, which he holds accountable for the cyber attack.

Earlier, US Senator Ron Wyden admitted that the US Treasury suffered damage as a result of the attack, aimed at the classified data of dozens US government agencies and major corporations, stating that although no classified information was compromised, Microsoft informed Treasury officials that dozens of employee email accounts, in fact, had been breached.

The Cybersecurity and Infrastructure Security Agency ex-director, Christopher Krebs, stated that the massive hacking incident occurred while he served at the post, purportedly starting in March. Meanwhile, US officials have yet to determine the full scope of the attack.

Secretary of State Mike Pompeo claimed that Russia backed the hacker groups' attacks through the SolarWinds’ Orion platform, while President Donald Trump has suspected China's involvement in the incident.

Russia and China have denied all allegations of involvement in the cyberattack.