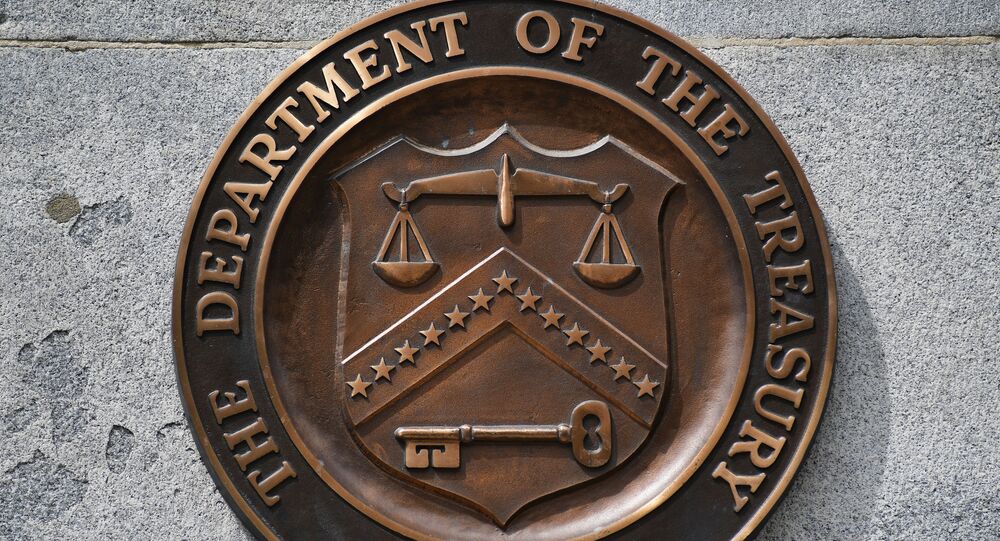 Last week, US officials confirmed that a software company providing network and system monitoring support for US federal agencies and hundreds of corporations had been breached in a major, months-long hack attack. Soon after, Washington issued contradictory statements suggesting either Russia or China were involved. Both have denied any wrongdoing.

"I assure you we are completely on top of this," Mnuchin added, referring to the breach.

US officials have issued contradictory statements regarding the severity of the hack, which reportedly targeted SolarWinds' Orion software and allowed cyber criminals to access the data of government and corporate clients, including the Treasury, the Departments of Homeland Security, State, Health and Human Services, Energy, Defence, Commerce, and Agriculture as well as state and local governments, Cisco Systems, Equifax, Microsoft, and an unnamed think tank.

Secretary of State Mike Pompeo blamed Russia for the attack, saying there were signs that Russia was "pretty clearly" responsible, although he has not presented any evidence. President Donald Trump, meanwhile, appeared to blame China and dismissed the "Russia, Russia, Russia" narrative as a "priority chant when anything happens because the 'lamestream' is, for mostly financial reasons, petrified of discussing the possibility that it may be China."

Russian presidential spokesman Dmitry Peskov dismissed the hacking claims on Monday, accusing US officials who blame Moscow of continuing "the kind of blind Russophobia that is resorted to following any incident." Chinese Foreign Ministry spokesperson Wang Wenbin reacted in a similar manner, accusing the US of "politicising" cybersecurity and of slinging mud at Beijing "in an attempt to tarnish China's image."

© REUTERS / RACHEL WISNIEWSKI
Trump Сampaign Reportedly Seeks to Retain All Documents Related to Dominion Voting Systems
The hack attack gained an additional layer of complexity amid rumours that Dominion Voting Systems, the voting machine company the Trump campaign has accused of widespread voter fraud, was also hacked. The rumours prompted the company to issue a statement saying that it does not use the SolarWinds Orion platform. The company does use FTP software from SolarWinds, however, and apparently made a failed attempt to distance itself from the software company.

Dominion deleted the reference and link to "SolarWinds" from their website, but we have the archive still.

In August, cryptographer and NSA whistleblower Bill Binney said in an interview with Sputnik that US intelligence agencies have the technical capability to spoof hack attacks to make them look like they came from Russia, China, and a host of other countries.