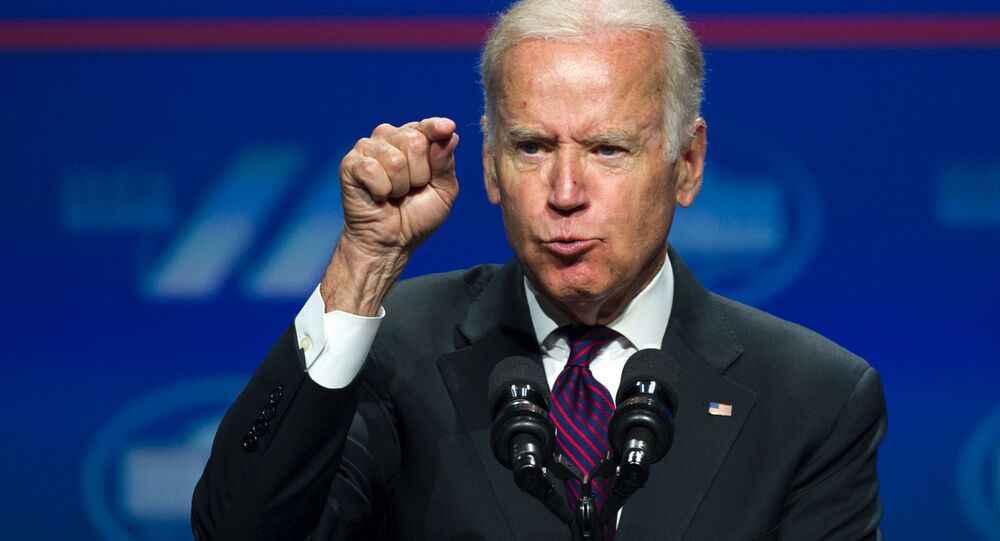 While Secretary of State Mike Pompeo accused Russia of being behind a recent major hacking attack on the US, President Donald Trump was not that sure, instead suspecting China's involvement in the intrusion.

President-elect Joe Biden’s team may consider a spate of options "to punish" Russia over its alleged role in a massive hacking of US government agencies and companies when he takes office in January, according to Reuters.

These will include possible new financial sanctions and cyberattacks on Russian infrastructure, the news outlet cited unnamed sources as saying on Sunday.

The sources claimed that the retaliation should be strong enough to prod Russia to pay a high economic, financial, or technological price.

At the same time, the response should not result in an escalating conflict between Moscow and Washington, according to one of the sources.

Officials from Biden’s transition team, as well as the Treasury and the State Department, have not commented on the matter yet.

The AP news agency has, meanwhile, quoted an anonymous source familiar with the matter as saying that White House officials were poised on Friday afternoon to issue an official statement accusing Russia of perpetrating the hacking attack, but were instructed not to do so at the eleventh hour.

According to the sources, it’s unclear whether US Secretary of State Mike Pompeo was made aware of the statement before his interview on The Mark Levin Show, in which he accused Russia of being behind the cybersecurity breach without providing any proof.

Trump Says China ‘May Be’ Behind Hacking Attack

This came as President Donald Trump, for his part, argued on Friday that China may have been responsible, also toning down the scope of the cyber breach, which he tweeted was not as severe as some might suggest.

The remarks came a day after Biden pledged in an interview with CBS News that “they’ll be held accountable”, when asked about how he would respond to the alleged Russian-led cyberattack. The president-elect promised to slap “financial repercussions” on “individuals as well as entities”, among other things.

Moscow promptly denied the hacking accusations, pointing at the lack of evidence, something that was also highlighted by Russian President Vladimir Putin during his annual press conference on 17 December.

© Sputnik / Natalia Seliverstova
US Media Suffers From 'Russia Hack Syndrome' & Provides No Proof of Breach, as Usual, Observers Say
He noted that the hack-related anonymous sources cited by US media are American officials and intelligence agencies, who previously pushed groundless accusations against Russia following the 2016 US presidential election.

Reports about the cyberattack, dubbed "Sunburst", emerged on Monday and refer to a spate of hacking activities which targeted various US governmental agencies, including the Pentagon and the State Department. The attack was reportedly staged by compromising the Texas-based company SolarWinds' software.