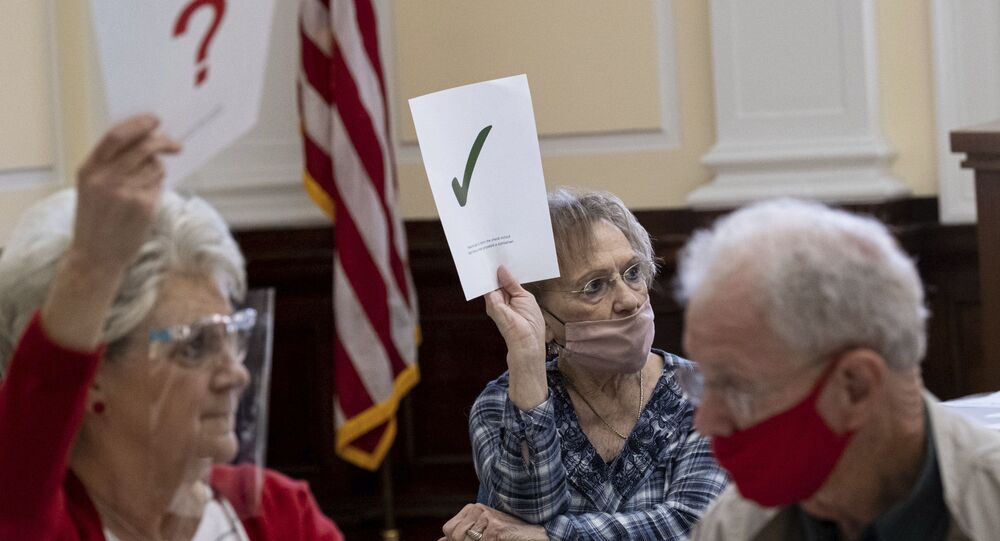 Georgia is holding two runoff elections for the US Senate in January because no candidate received a majority during the November vote. This round will determine if the GOP retains its majority in the chamber, as Republicans need to win at least one seat in order to prevent the Senate splitting 50/50.

A Florida attorney is under investigation after he allegedly attempted to register to vote in Georgia and encouraged other Republicans to do the same, instructing them about the process. In a now-deleted Facebook live video, posted by investigative reporter Nicole Carr, attorney Bill Price is seen explaining the situation after the American media declared Joe Biden the projected winner of the presidential race.

Price explained that the legal challenge of the vote by the Trump campaign won't be successful, and urged people to vote in Georgia in the January runoff elections for the Senate, saying that he personally will be moving to his brother's address in Hiram.

"We absolutely have to hold the Senate and we have to start fighting back, and we have to do whatever it takes", Price said. "And if that means changing your address for the next two months, so be it. I'm doing that. I'm moving to Georgia and I'm gonna fight and I want you all to fight with me".

After that, the video showed him answering people's questions about the move, as the attorney was sharing his legal expertise.

© AFP 2020 / Elijah Nouvelage
LAWRENCEVILLE, GA - NOVEMBER 07: Election personnel sort ballots in preparation for an audit at the Gwinnett County Board of Voter Registrations and Elections offices on November 7, 2020 in Lawrenceville, Georgia. Several counties in Georgia continued to count ballots even as news outlets have declared Joe Biden the winner of the race for President.

The local media contacted Price, asking him about his statement, but he denied it was serious.

“This isn't California. We actually investigate and seek to prosecute individuals who try to vote here illegally. Our system is built to prevent this behaviour— we will seek to prosecute to the fullest extent of the law", Fuchs said.

Georgia officials have repeatedly warned that registering to vote with no attempt to stay in the state can be punishable by a felony charge, resulting in up to a ten-year sentence and $100,000 fine.

The January vote is set to determine who controls the Senate, so US President Donald Trump has called on Georgia residents to cast their ballots in the upcoming runoff elections for Republicans David Perdue and Kelly Loeffler.

In the meantime, a second ballot recount in the state confirmed that Democratic presidential candidate Joe Biden is still projected to win the state, Secretary of State Brad Raffensperger told the press.

Trump has so far refused to concede to Biden, who was declared the president-elect by the US media, with his campaign filing multiple lawsuits in key states, citing possible election fraud. However, Trump said he would vacate the White House if the Electoral College confirms Biden as the winner, in which case the Georgia runoffs become crucial for the Republican Party to stop the Democrats from holding both chambers and the White House.