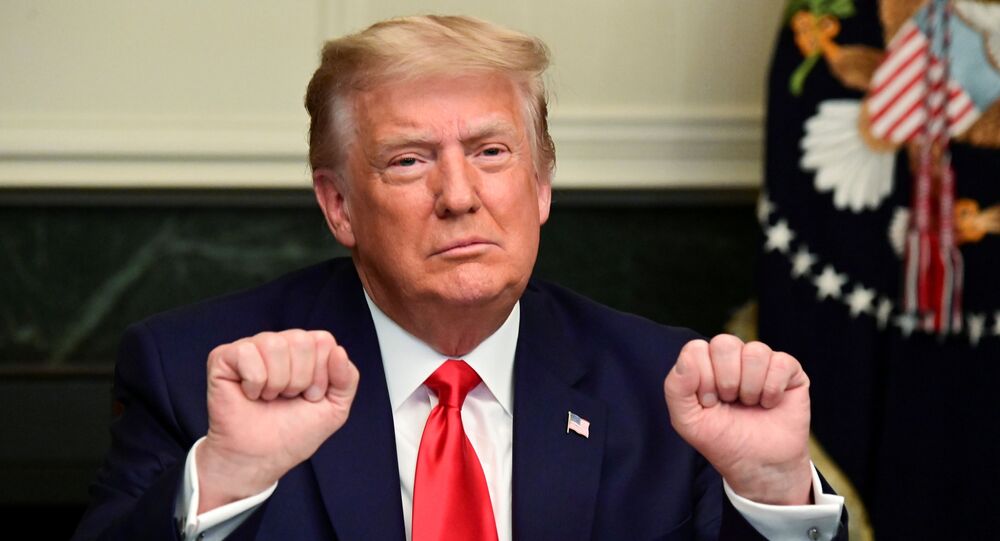 The runoff in Georgia, to be held on 5 January 2021, will be crucial in deciding which party - the Democrats or the Republicans - will control the Senate for the next four years.

US President Donald Trump has called on Georgians to cast a ballot in the upcoming runoff election to support Republicans David Perdue and Kelly Loeffler, who are running for the Senate.

The president was replying to a Newsmax article suggesting that citizens could boycott the runoff on 5 January over anger and dissatisfaction with the presidential elections, which Trump says was "rigged" by Democrats to put their candidate Joe Biden ahead.

Trump reiterated that this year's presidential race was "fraudulent" and warned that boycotting the runoff in Georgia would end up helping the Democratic Party.

"No, the 2020 Election was a total scam, we won by a lot (and will hopefully turn over the fraudulent result), but we must get out and help David and Kelly, two GREAT people," Trump wrote. Otherwise we are playing right into the hands of some very sick people. I will be in Georgia on Saturday!

On Monday, as speculation emerged about the possible boycott, Donald Trump Jr campaigned for Perdue and Loeffler - strong supporters of President Trump, urging Georgians to ignore the calls.

I’m seeing a lot of talk from people that are supposed to be on our side telling GOP voters not to go out & vote for @KLoeffler and @PerdueSenate.

We need ALL of our people coming out to vote for Kelly & David.#MAGA #GASEN

​Trump has so far refused to concede to Biden, pledging to continue his legal battle for a legitimate election outcome. At the same time, Trump said he would vacate the White House if the Electoral College certifies Biden as the winner in this election.

If Trump is indeed voted out, maintaining the majority in the Senate would be of critical importance for the Republicans.