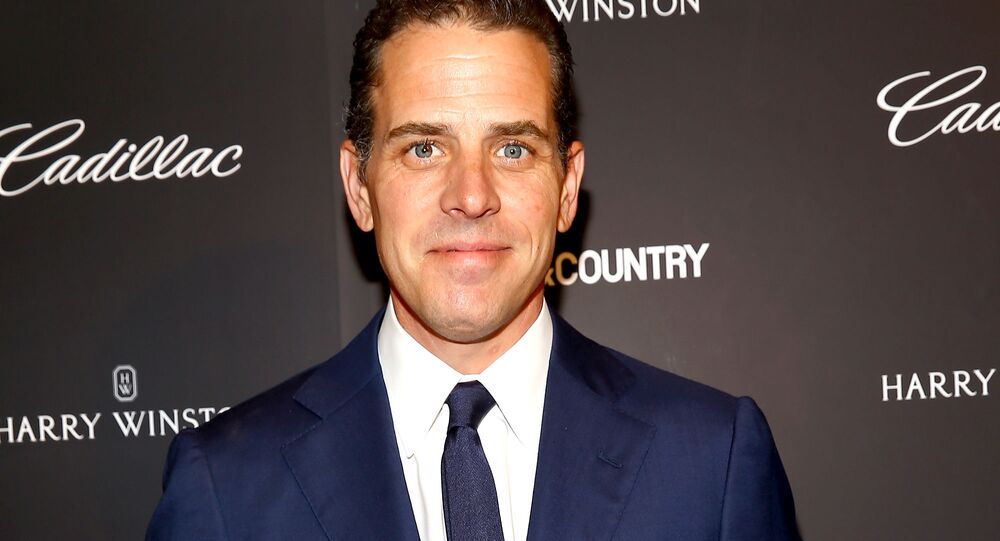 A batch of “damning" documents purportedly linked to Hunter Biden and his father, Democratic presidential candidate Joe Biden, disappeared while on its way to Los Angeles, according to Fox News host Tucker Carlson.

"There is always a lot going on that we don't have time to get to on the air, but there is something specific going on behind the screens that we did feel like we should tell you about,” said the host of ‘Tucker Carlson Tonight’ on Wednesday.

Carlson revealed that he had been contacted by a source while in Los Angeles, preparing for an interview with Tony Bobulinski, a former business associate of Hunter Biden.

"On Monday of this week, we received a collection of confidential documents from a source related to the Biden family. We believe they are authentic, they're real and they're damning," said Carlson.

He added that a producer in New York was subsequently texted and asked to send the documents on to them in Los Angeles.

"And he did that, so Monday afternoon of this week, he shipped the documents overnight to California with a large national carrier, a brand-name company that we've used, you've used, countless times with never a single problem."

However, according to the television host, the documents never arrived.

"Tuesday morning we received word from the shipping company that our package had been opened and the contents were missing. The documents had disappeared."

A probe had been launched by the company at once, tracing the envelope from drop-off in New York to 3:44 a.m. 27 October, when a sorting facility employee in another state reportedly noticed that the package had been opened and was empty.

Carlson went on to say that the company security team had interviewed every employee who touched the envelope that had been sent, with a thorough search of the plane and the trucks that carried it.

The investigation team swept the office in New York where the producer had dropped the package off, as well as the entire sorting facility.

“They went far and beyond, but they found nothing. Those documents have vanished," said Carlson, concluding:

"As of tonight, the company has no idea and no working theory either about what happened to this trove of materials, documents that are directly relevant to the presidential campaign just six days from now."

Tucker Carlson has also questioned why the US media has blatantly failed to press the Democratic presidential contender to offer his version of events revealed in the Biden expose.

Journalists, editors and publishers, claims Carlson, have “openly collaborated” with Joe Biden's presidential campaign in an unprecedented ‘cover-up’, with leading publications seemingly ignoring what Tony Bobulinski had to say on Carlson’s show.

Considering the fact that the bombshell email expose is fraught with potentially grave ramifications, clamping the lid down on a news story of this scale, ‘Soviet-style’, just days before an election is perceived as an “attack on democracy” by the Fox News show host.

Speaking to Tucker Carlson, Bobulinski, who was formerly CEO of SinoHawk Holdings, which he alleged was a business partnership CEFC China Energy and the Biden family, lambasted Joe Biden's earlier claims that he never discussed business with his son as "false".

The ex-US Navy veteran had previously told the New York Post that he was one of the recipients of an email from Hunter Biden that the outlet published after it was extracted from a laptop supposedly left by Hunter Biden at a repair store in Delaware.

​The documents, the authenticity of which has not been proven, expose what appears to be "pay-to-play" schemes allegedly involving the Democratic presidential nominee and his son, throwing into question the ex-vice president’s longstanding claim that he had never been involved in his son Hunter Biden’s foreign business dealings.