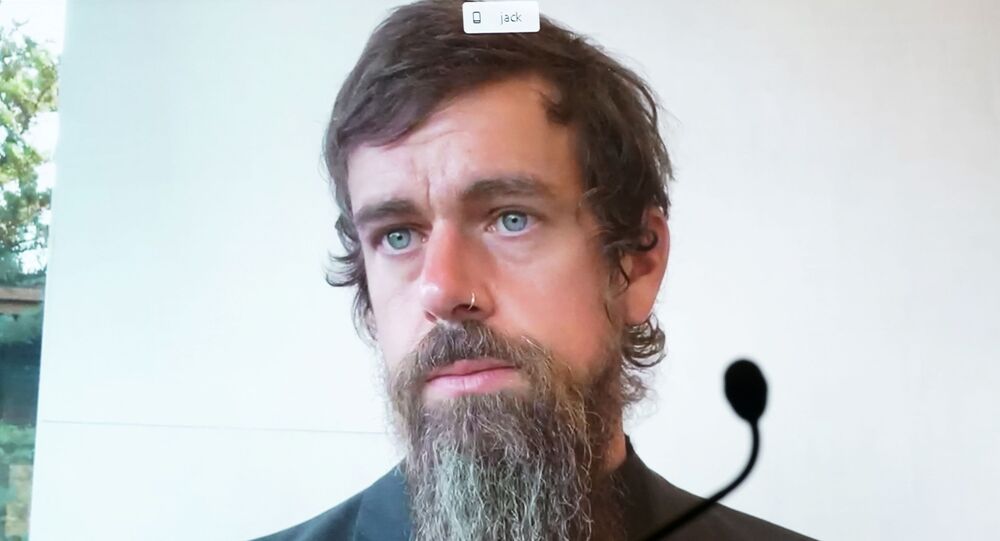 Two weeks ago, Twitter blocked its users from sharing a story about Joe Biden and his son Hunter's alleged corruption dealings in Ukraine, claiming the content of the article violated the company's hacked materials policy.

Twitter CEO Jack Dorsey has failed to state there is clear evidence that the New York Post's story featuring Hunter Biden is false.

On Wednesday, Sen. Ron Johnson pressed Dorsey on his company's decision to block the sharing of the article, wondering why it was not considered censorship, or an attempt to influence the looming presidential election on 3 November.

"For both Mr Zuckerberg and Mr Dorsey who censored New York Post stories or throttled them back, do either one of you have any evidence that the New York Post story is part of Russian disinformation or that those emails aren't authentic?", Johnson asked.

“We don’t”: Twitter CEO Jack Dorsey admits they don't have any evidence to say the New York Post Biden story is disinformation pic.twitter.com/Yl5Ltsy1a3

Earlier, Dorsey already apologised for blocking the article on Twitter, saying that their action on the article "was not great", after the company received backlash from users.

Our communication around our actions on the @nypost article was not great. And blocking URL sharing via tweet or DM with zero context as to why we’re blocking: unacceptable. https://t.co/v55vDVVlgt

Twitter not only prevented users from sharing the link to the story but also locked the New York Post out of their Twitter account and did the same to White House Press Secretary Kayleigh McEnany, who also shared the article.

President Donald Trump took to Twitter on Wednesday to once again slam Twitter for "fake trending" and failing to cover the "Biden corruption". "I'm running against the corrupt media, the big tech giants, the Washington swamp. And the Democrat Party is a part of all of them, every single one of them", Trump said at a campaign rally in Erie, Pennsylvania, on Tuesday evening.

Why isn’t Twitter trending Biden corruption? It’s the biggest, and most credible, story anywhere in the world. Fake Trending!!!

Media and Big Tech are not covering Biden Corruption!

Last week, the US Senate Judiciary Committee voted to authorise its chairman to issue subpoenas that would force the CEOs of Facebook and Twitter to testify at a hearing on what the panel's Republicans call censorship.