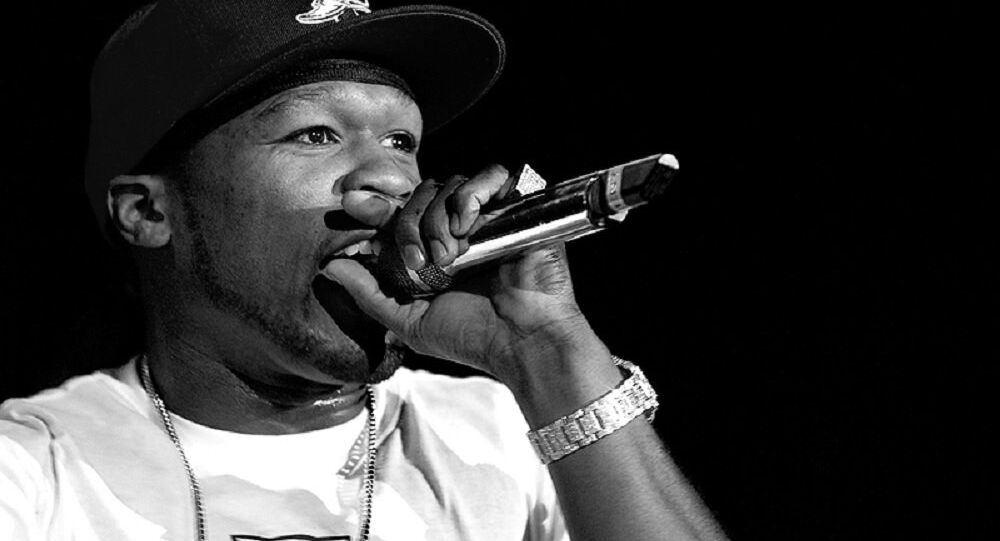 Over the past week, 50 Cent made headlines by criticizing Democratic presidential candidate Joe Biden's tax plans, urging fans to vote for Trump because the rapper doesn't want to “go from ‘50 Cent’ to ‘20 Cent’”. In response, ex-girlfriend and comedienne Chelsea Handler promised to pay his taxes “in exchange for you coming to your senses.”

US rap superstar Curtis James Jackson III, aka 50 Cent, on Sunday walked back his earlier endorsement of Republican President Donald Trump, after a former girlfriend, American actress Chelsea Handler, reminded him that “he was a Black person” and called on him to “come to your senses”.

The New York musician said that he “never liked” Trump, and claimed that the president “had me set up”.

“Fu*k Donald Trump, I never liked him. for all I know he had me set up and had my friend Angel Fernandez killed but that’s history. LOL,” 50 Cent tweeted, responding to remarks made by Handler during her interview on NBC’s ‘The Tonight Show’ with Jimmy Fallon on Friday night.

👀a what, 😳another spin 💫Fu*k Donald Trump, I never liked him. 🤨for all I know he had me set up and had my friend Angel Fernandez killed but that’s history. LOL @chelseahandler @jimmyfallon pic.twitter.com/Tya6EqDBFt

On Friday, 50 Cent’s ex-girlfriend told Fallon that she was prompted to remind her “favorite ex-boyfriend” that “he can’t vote for Donald Trump” because he is African-American, arguing that the rapper's support for the GOP candidate “shouldn't be influencing” American people because the rapper is only “worried about his own personal pocketbook”.

“So he doesn't want to pay 62 percent in taxes because he doesn't want to go from '50 Cent' to '20 Cent' and I had to remind him that he was a Black person, so he can’t vote for Donald Trump and that he shouldn't be influencing an entire swath of people who may listen to him because he's worried about his own personal pocketbook,” Handler said during the Friday night interview.

The comedienne's comments came after the Grammy Award winner on Tuesday slammed Democratic candidate Joe Biden’s tax plans, which suggest an increase on taxes above an annual $400,000, calling on fans to “vote for Trump”. The rapper later defended his remarks, arguing that he doesn’t “want to be 20 Cent” under a Biden tax plan.

He later told fans that he “just remembered I’m bankrupt”, so Biden’s tax plans would not affect him.

In response to the artist’s remarks, Handler commented on his tweet saying, “You used to be my favorite ex-boyfriend”. Responding to the comedienne, 50 Cent tweeted: “I love ya Gator, don’t let Trump and Joe Biden come between us girl.”

🤦‍♂️oh my God this is effecting my love life now. @chelseahandler I love ya Gator, don’t let Trump and Joe Biden come between us girl. #starzgettheapp pic.twitter.com/PctWkzrqCP

Following that statement by 'Fiddy', Handler reminded the artist of the ongoing Black Lives Matter movement in the wake of the killing of an African-American resident of Minnesota’s city of Minneapolis by a white police officer. Trump has continued to be heavily criticized for his response to the protests triggered by the incident.

“Hey f--ker! I will pay your taxes in exchange for you coming to your senses. Happily! Black lives matter. That’s you, f--ker! Remember?” the actor responded to one 50 Cent's tweet.

Hey fucker! I will pay your taxes in exchange for you coming to your senses. Happily! Black lives matter. That’s you, fucker! Remember? https://t.co/uQsu7DHrRQ

Trump is seeking re-election against the Democratic candidate and former US Vice President Joe Biden. The election is set for 3 November.