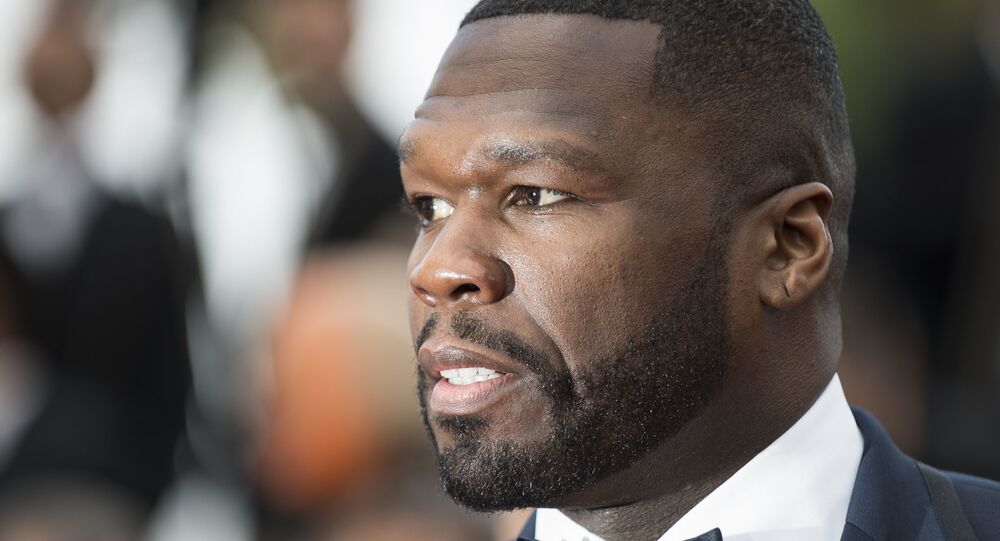 In the run-up to the US presidential election, rapper 50 Cent made headlines this week after he criticized Joe Biden’s tax plans and called on fans to vote for President Donald Trump because he doesn’t “want to be 20 cent”. In response, ex-girlfriend and comedian Chelsea Handler promised to pay the rapper’s taxes if he withdraws support for Trump.

During an interview on NBC’s ‘The Tonight Show’ with Jimmy Fallon on Friday night, American actress Chelsea Handler gave an explanation of her Tuesday remarks regarding ex-boyfriend Curtis James Jackson III’s (aka 50 Cent) support for US President Donald Trump in the run-up to the 3 November vote.

Handler said that she was prompted to remind 50 Cent that “he can’t vote for Donald Trump” because he is African-American, arguing that the rapper's support for the GOP candidate “shouldn't be influencing” American people because the rapper is only “worried about his own personal pocketbook”.

“So he doesn't want to pay 62 percent in taxes because he doesn't want to go from '50 Cent' to '20 Cent' and I had to remind him that he was a Black person, so he can’t vote for Donald Trump and that he shouldn't be influencing an entire swath of people who may listen to him because he's worried about his own personal pocketbook,” Handler told Tonight Show host Fallon.

US rap superstar 50 Cent made headlines Tuesday after he slammed tax plans of Democratic presidential candidate Joe Biden and called on his 26.2 million Instagram followers to vote for Trump. In a later tweet, the wealthy rapper argued that he doesn’t “want to be 20 cent” under Biden’s tax plans.

Jackson later told his fans that he “just remembered I’m bankrupt”, so Biden’s tax plans have nothing to do with him, as they target only a percentage of profits individuals make annually over the $400,000 mark.

In response to the artist’s remarks, former girlfriend Handler commented in his tweet saying, “You used to be my favorite ex-boyfriend”. Responding to the comedian, 50 Cent tweeted: “I love ya Gator, don’t let Trump and Joe Biden come between us girl.”

Handler and Jackson dated for a period in 2011, according to Us Weekly. The two celebrities continue to be friends despite their romantic split.

“Hey f--ker! I will pay your taxes in exchange for you coming to your senses. Happily! Black lives matter. That’s you, f--ker! Remember?” the actor responded to 50 Cent's latest tweet.

Hey fucker! I will pay your taxes in exchange for you coming to your senses. Happily! Black lives matter. That’s you, fucker! Remember? https://t.co/uQsu7DHrRQ

Handler’s comments appear to be similar to the infamous “you ain't black” remark made by Democratic nominee Joe Biden during an interview with popular African-American radio host Charlamagne Tha God in May. The former vice president said those black people who cannot decide whether to back him or Trump act as if they are not black.

“If you have a problem figuring out whether you're for me or Trump, then you ain't Black,” Biden said.

The Democratic candidate was criticized for his comment about black voters, and the Trump campaign quickly offered T-shirts for sale mocking Biden's widely-criticised remark.

As the 2020 US presidential election comes closer, more and more entertainment personalities are speaking in favour of one or the other of the two main candidates. Recently, some of the "Avengers" expressed their support for Joe Biden. Among the latter were Don Cheadle (War Machine), Chris Evans (Captain America), Scarlett Johansson (Black Widow), Paul Rudd (Ant-Man), Mark Ruffalo (The Hulk), and Zoe Saldana (Gamora). Amid their support for the Dem ticket, Guardians of the Galaxy star Chris Pratt has been accused by some of being a secret Trump supporter.