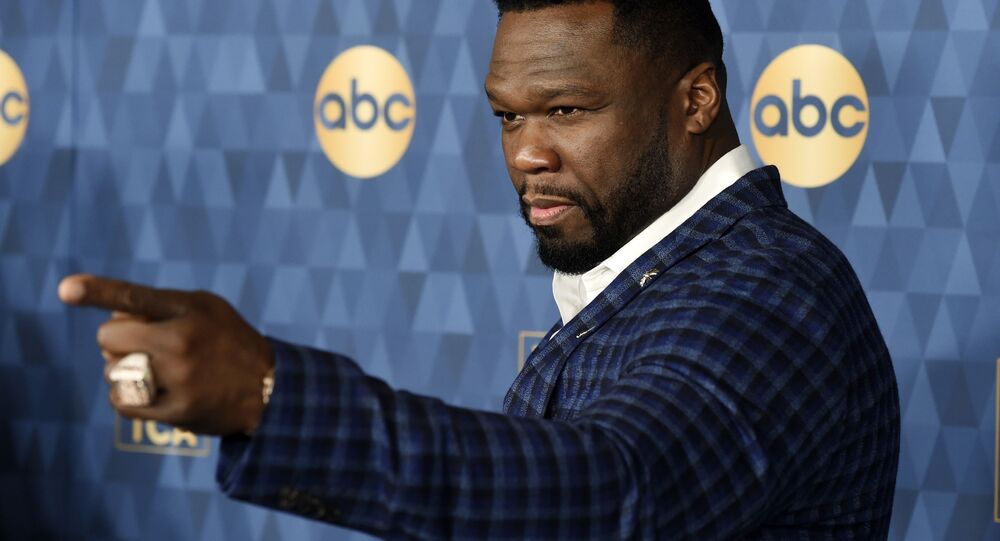 Competition between Republican US President Donald Trump and his Democratic rival, former Vice President Joe Biden, is getting warmer as Election Day is only two weeks ahead. Both the candidates seek to gain the American's voice by offering what they think is good for the nation.

The artist, a resident of New York City, is threatening to issue his voice to the Republican president despite the fact that “Trump doesn’t like black people”, solely as a means of avoiding a potential 62 percent tax rate increase under Biden’s plan that only targets top earners who make over $400,000 annually.

“WHAT THE F**k! (VOTE For TRUMP) IM OUT, F**k NEW YORK,” 50 Cent posted to his Instagram account, adding a screenshot with suggested tax rate increases for high earners in some parts of the US under Biden’s plan. “The KNICKS never win anyway. I don’t care Trump doesn’t like black people,” he continued, “62% are you out of ya f**king mind.”

The former vice president’s tax plan projects tax increase for corporations and individuals who make $400,000 or more per year.

The rapper’s remarks were met with various reactions. Some welcomed him “to the Trump Train”, while others accused him of putting “their luxury over [Black people’s] livelihood”.

A few minutes later, 50 Cent, posted that he “remembered I’m bankrupt”, as the tax increase is only targeting the wealthy.

“I just remembered I’m bankrupt, so I’m looking for a gracious loan,” the 45-year-old artist, a winner of 86 various music awards, wrote. “Can anyone help a brother out. LOL.”

It is not clear whether 50 Cent will actually vote for Trump, although he has not been known to support Trump. In September 2016, the artist tweeted: “Let us pray, Lord please don't let Trump into office. We will spin out of control.”

Let us pray, lord please don't let Trump into office. We will spin out of control. https://t.co/4xrFC31v2c pic.twitter.com/xvB8IhVpgh

'I Want You N*ggas Dead': 50 Cent Snaps at Internet Trolls Over Mocking Pic