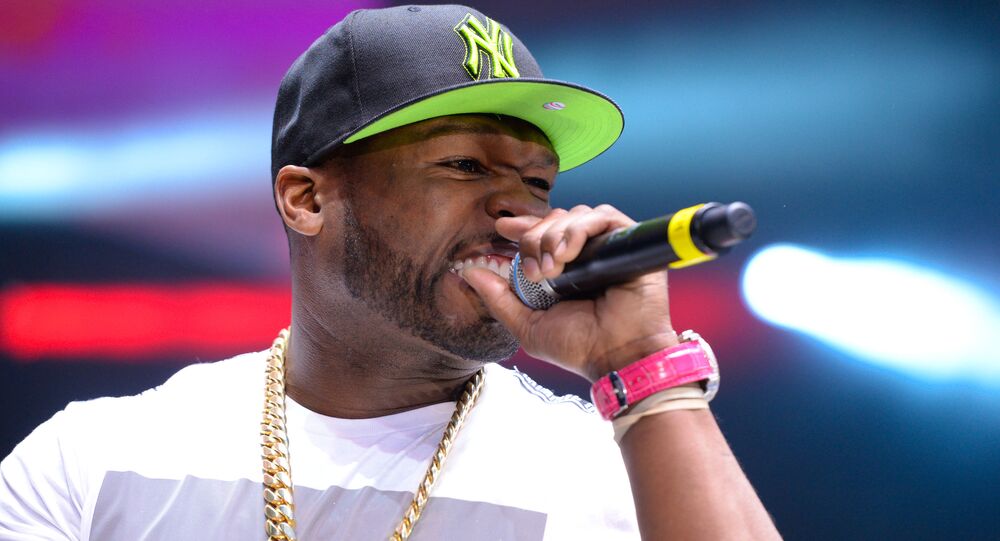 The recently-unveiled tax plan of Democratic presidential candidate Joe Biden has risen some eyebrows among American celebs, as the former vice president is proposing to increase federal and corporate taxes, as well as to make the lives of wealthy Americans much more difficult than during the Trump years.

On Monday Jackson shared a post on his Instagram that featured a screen of a news broadcast about proposed tax hikes that some American states and cities could see if Joe Biden wins the November vote and eventually gets the necessary support for his proposals from the Senate. The report suggests that New York City could be taxed as high as 62% under Biden’s proposed bid.

“WHAT THE F**K! (VOTE ForTRUMP) IM OUT”, the 45-year-old rapper commented on the news, accompanying his message with an angry emoji.

According to 50cent, he does not even mind that Donald Trump “doesn’t like black people”.

The president’s adviser Katrina Pierson later joked in a tweet that Jackson’s endorsement for Trump should be explained by the fact that “50 cent don’t want to end up 20 cent”.

And Jackson agreed that this was not in his plans.

The rapper’s fans tried to comfort him with reassurances that the proposed policy would only apply to rich people.

Jackson, who is also a TV producer and an owner of some profitable business ventures, including headphones and alcohol productions of Le Chemin du Roi Champagne and Branson Cognac, responded with a smiling photo of himself, accompanying it with a message: “I just remembered i’m bankrupt, so i’m looking for a gracious loan can anyone help a brother out. LOL”

Apparently, it was his way of saying that Biden’s proposals would now be his concern too.

I just remembered i’m bankrupt, so i’m looking for a gracious loan can anyone help a brother out. LOL #bransoncognac #lecheminduroi pic.twitter.com/I9eABs6CnY

Welcome to TEAM TRUMP and protecting our liberty, freedom, and prosperity!!!
😎🙌🙌🙌

Biden’s tax plans include a proposal to raise taxes on the wealthy, increasing the federal tax rate from 37% to its pre-Trump level of nearly 40%, as well as to abandon some corporate tax cuts introduced during the current president’s term in the office.