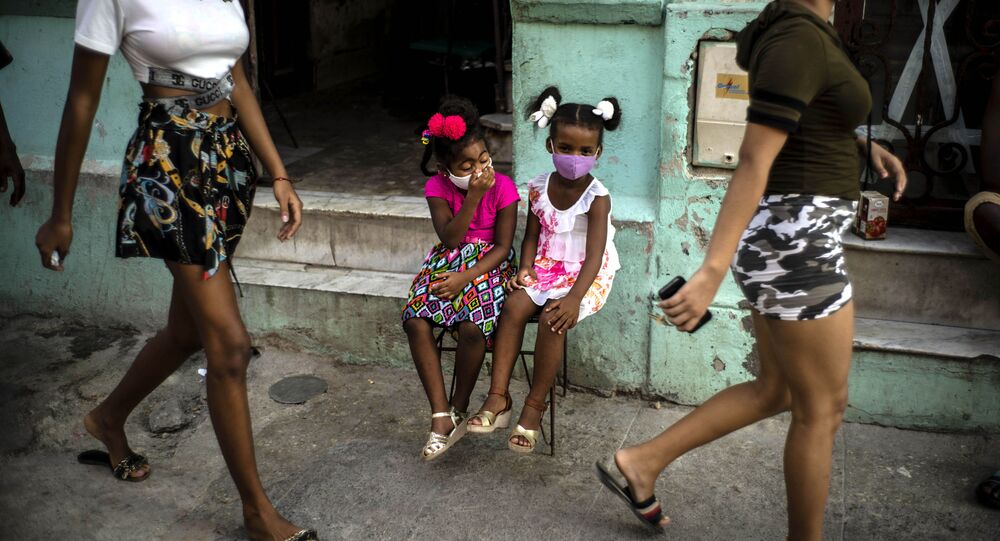 The 'Puentes de Amor' petition pleads with Democratic candidate Joe Biden as "President of the United States" to lift sanctions on Cuba - but fails to mention that the embargo largely remained in place when he was vice-president under Barack Obama.

An online petition urging the lifting of US sanctions against Cuba amid the COVID-19 epidemic has been addressed to Joe Biden as "President of the United States".

The petition on the Puentes de Amor (Bridges of Love) website addresses the Democratic candidate as "His Excellency", an honorific to normally used in the US even for sitting presidents and vice-presidents.

The text appears to acknowledge US President Donald Trump as the incumbent as it reads "When Covid-19 began to strike, we petitioned President Trump to ease sanctions on Cuba."

"But Trump didn’t listen to us," it continues. "Far from that, he promoted hunger and hardship in the midst of the plague and tightened the rope around the neck of our brothers."

The petition urges "president" Biden to reopen the US embassy to Cuba, restore a programme allowing families divided the blockade of Cuba to reunite, lift restrictions on sending money to relatives in Cuba from the US, allow commercial flights and tourism between the two countries and normalise commercial relations.

Rock Around The Blockade/ RCG
US Pushes 'Aggressive' Blockade on Cuba Amid Havana's Global COVID-19 Fight, FRFI Spokesman Says
After taking office in 2017, the Trump administration used the pretext of unexplained illnesses among diplomatic staff to close the US embassy and consulate in Havana. The White House also ignored last month's calls from 26 nations including Russia, China, Cuba, Venezuela, Iran and Syria for the US to lift sanctions to aid the fight against coronavirus.

Ironically, Trump had considered expanding his property and hotel empire into Cuba before he sought election as president. Presidential candidates habitually court support from the anti-Communist Cuban émigré community in Florida, an important swing state.

Biden served as vice-president from 2009 to 2017 under former president Barack Obama, who pursued a policy of détente with Cuban president Raul Castro from 2014.

That led to the release of the three members of the 'Miami Five', Cubans who exposed a terrorist plot by émigrés based in Florida against their country, still jailed since 1998. Gerardo Hernández, Ramón Labañino and Antonio Guerrero were released in 2014.

But, while Obama restored diplomatic relations between the US and Cuba and relaxed travel restrictions, the six-decade economic US blockade of the island nation remained in place.

Crucially, the 1996 Helms-Burton Act - signed into law by Democratic president Bill Clinton - has never been repealed. That legislation tightened the embargo on Cuba by mandating legal action against companies based in third countries that do business in Cuba.

US Suspends Private Charter Flights to Cuba Except for Limited Cases, Pompeo Says