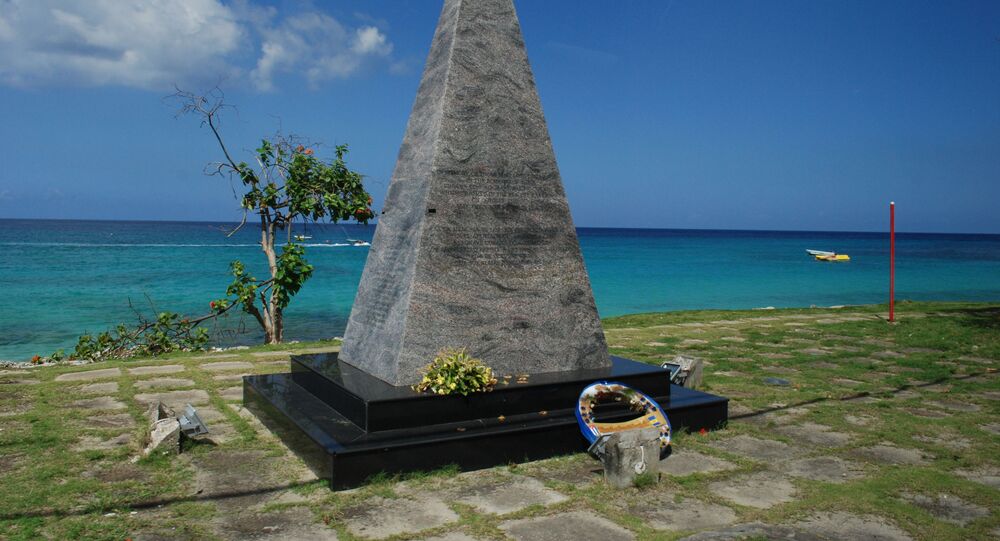 The 1976 bombing of Cubana flight 455, killing 73 passengers and crew, was masterminded by Cuban-emigre CIA operative Luis Posada Carriles, who was granted asylum in the US in 2005 despite Venezuela's demand for his extradition to serve the remains of his jail sentence for the atrocity.

The Presidents of Cuba, Venezuela and Guyana have commemorated the 1976 bombing of a Cuban airliner by CIA operatives.

Wreaths were laid on behalf of Cuban President Miguel Diaz-Canel, Army General Raul Castro and other officials during a ceremony at Havana's Christopher Columbus Cemetery on Tuesday.

"The crime of Barbados was a cowardly, murderous and cruel act of terrorism aided by the empire," Diaz-Canel tweeted. "The indignant Cuban people wept, but also reiterated their conviction for sovereignty, they did not surrender.

"The Revolution, still standing, is the worst punishment for the terrorists," he added.

© AFP 2021 / YAMIL LAGE
Cuba Says New US Sanctions Affect Families in Both Nations
Two time bombs exploded on Cubana de Aviacion flight 455 from Barbados to Jamaica just after take-off on October 6 1976, killing all 73 people on board — 57 Cubans, 11 Guyanese, and 5 North Koreans. Among the victims were all 24 members of the Cuban national fencing team.

Declassified documents showed the CIA had prior warning of the attack from conversations its operative and bombing plot ringleader Luis Posada Carriles, but failed to warn Cuba.

Most of the Guyanese victims of the attack were young students on their way to take up scholarships in Cuban universities. 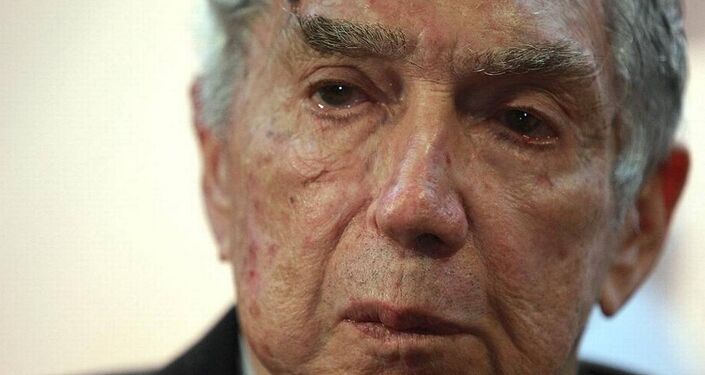 The bombing was carried out by the Coordination of United Revolutionary Organizations (CORU), a group of anti-communist Cuban emigres and others which the FBI classified as "an anti-Castro terrorist umbrella organization."

The bombs were planted by Venezuelans Freddy Lugo and Hernan Ricardo Lozano, who boarded the Douglas DC-8 airliner in Trinidad for the second first leg of its four-stop route from Guyana to Cuba, but who disembarked in Barbados.

© CC0
Venezuela Slams US as ‘Greatest Threat to World Peace and Stability’ Amid New Iran, Cuba Sanctions
Venezuelan President Nicolas Maduro marked the anniversary of the atrocity in a Twitter post.

"We remember 44 years of the genocidal attack that ended the lives of 73 people who travelled on a Cubana de Aviacion flight," Maduro wrote. "This terrorist action backed by the US is one more demonstration of what imperialism is capable of against the free peoples. Enough!"

Lugo and Lozano were arrested in Venezuela along with Posada Carriles and Orlando Bosch, both Cuban former CIA operatives and opponents of Fidel Castro's communist government in Cuba.

Posada Carriles escaped prison in 1985 and continued his terrorist activities. In 2005 he sought political asylum in the US after his arrest for entering the country illegally, and avoided extradition to Venezuela when a judge ruled that he faced torture there. The terrorist leader settled in Miami, Florida, where he lived until his death in 2018, joining Bosch who had moved there on his release from prison in 1988.