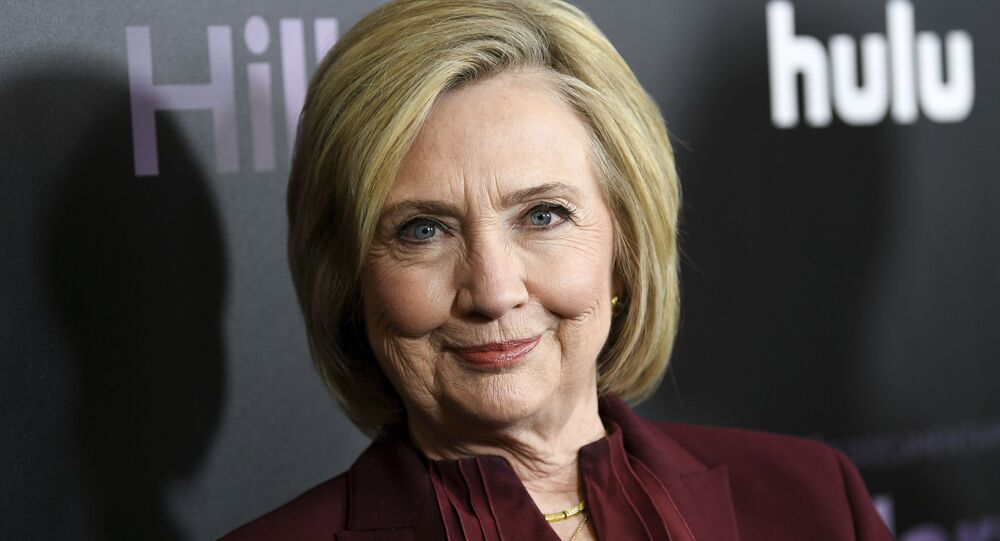 On Tuesday, US President Donald Trump said he had authorised a "total declassification" of all documents related to the Russia probe, as well as the FBI’s investigation into former Secretary of State Hillary Clinton's use of a private email server. Wall Street analyst Charles Ortel deems that Trump has more surprises in store for Americans.

The US president's move was announced after the Director of National Intelligence, John Ratcliffe, released a hand-written memo from ex-CIA Director John Brennan on an alleged "plot" by Hillary Clinton to tie then-Republican presidential candidate Donald Trump to Russia, as "a means of distracting the public from her use of a private email server" before the 2016 election. The notes were supposedly taken after then-CIA chief briefed President Barack Obama on the matter.

Sputnik: What do you expect from the upcoming disclosure and what's your take on the timing of the revelation?

Charles Ortel: I wish these disclosures had come years ago. From 20 January 2017 until 17 May 2017, many federal employees knew that there was no collusion involving Russia and the Trump campaign, and a large number knew that any such collusion involved Hillary Clinton personally, Democratic operatives and some Russian nationals.

Sputnik: On 29 September, the DNI sent a letter to Senate Judiciary Committee Chairman Lindsey Graham (R., S.C.) revealing that in late July 2016 US security services "obtained insight" into a Russian intelligence report which claimed that Clinton had "approved" a plan to "stir up a scandal" against Trump by tying him to the Kremlin and the alleged "Russian hacking" of the Democratic National Committee. How does this report shed light on the events related to the Clinton campaign and the US intelligence community at that time?

Charles Ortel: I think real investigators need to go way back into history to examine how dynastic political families 'sold out' Americans for favours from foreign powers, and monied interests, and why our security services and regulators let them get away with these serious crimes.

Hillary Clinton has been trying to cover up corruption and fraud ever since she and Bill entered politics, and there is much here to hide.

BREAKING: On July 26, 2016, U.S. intel authorities learned that Russian intel knew of Hillary Clinton's plans to cook up a scandal alleging that Trump was working with Russia. Obama was personally briefed on Russia's knowledge of Clinton's plans. pic.twitter.com/jOeRyXIlYA

​Under Obama, the trail did not start in July 2016, but rather by June 2008, when the Clintons agreed to support Barack Obama's candidacy. Why did the incoming Barack Obama Administration sell the lie that the Clinton Foundation was legitimate and agree to let Bill Clinton operate that scam while Hillary Clinton was Secretary of State? Why did Hillary (and Barack) use personal email and unvetted, unsecure devices to communicate? Why was Hillary allowed to keep custody and control of official documents, including classified ones on private servers? Did she really have only 33,000 emails on her private system? How many friends, rivals, and enemies know the real story concerning how loose many were with these key documents.

Sputnik: The US online magazine Federalist co-founder, Sean Davis, and investigative journalist John Solomon earlier reported that CIA Director Gina Haspel was personally blocking the release of documents concerning "Russiagate", apparently in an attempt to protect the agency's reputation. What do you think about that and how is the situation likely to evolve?

Charles Ortel: Gina Haspel and the British have much to explain in the coming weeks. There is little likelihood that senior UK officials were in the dark about Hillary Clinton's "insurance policy" coup plot against Donald Trump. But, timing is everything and now the UK and Boris Johnson need the US and President Trump to cushion Brexit blows that rapidly advance in tough negotiations with the EU.

I believe that interests within the United Kingdom have, for decades, conspired with the American foreign policy establishment to promote unregulated globalism, under a theory that Anglo-US interests would exercise influence over these multilateral entities disproportionate to the size of our populations.

Sputnik: The aforementioned revelations come in parallel with disclosures in the Michael Flynn case and the ongoing Durham probe. Earlier, Trump suggested that one achievement of his presidency would be the exposure of corruption in Washington. What did he mean, in your opinion? Will it become his "October Surprise"?

Charles Ortel: President Trump is correctly increasing pressure on many in the run-up to elections on 3 November 2020. I hope Durham and his team are going way back into history and that they see clearly the influence peddling and money laundering operations that infect America's political system, particularly when international projects are involved that carry steep price tags

I also hope that those who have persecuted unfairly an American hero – Michael Flynn – will be called to account for their crimes.

Finally, I wonder why no American prosecutor has thought to bargain effectively with Julian Assange. Surely Assange knows who hacked the Democratic National Committee (if it was hacked) and who provided John Podesta's emails to WikiLeaks. Whether from Biden or from Trump, I suspect more surprises are in store for us.