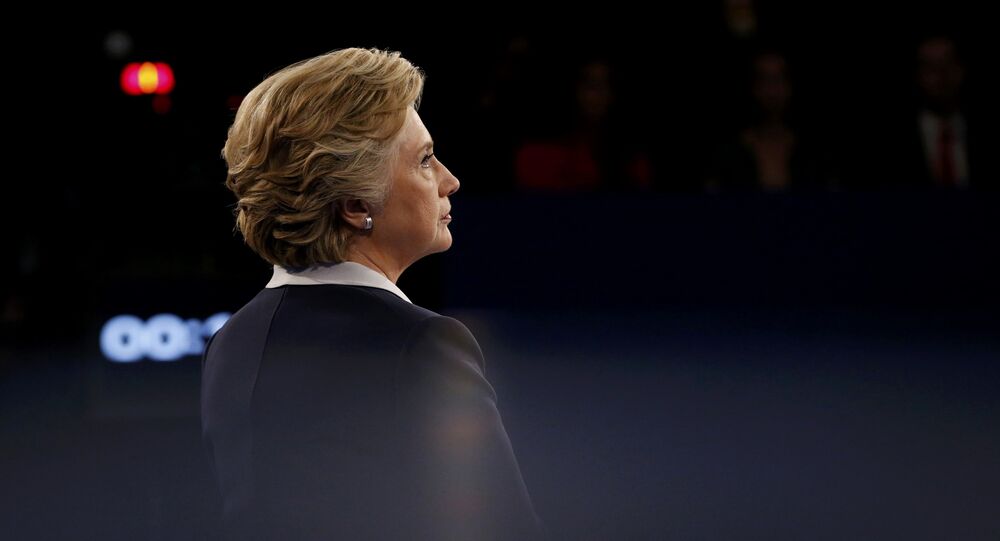 "The behaviour of James Baker, and of too many senior 'law enforcement' officials under the Obama administration could not have happened without some form of protection from the highest levels — Eric Holder, Loretta Lynch, Valerie Jarrett, and perhaps Barack Obama himself", Wall Street analyst and investigative journalist Charles Ortel told Sputnik.

​Donald Trump lashed out at the FBI and the Democrats in his 22 January tweet, emphasising that the federal agency "relied heavily" on the unverified Christopher Steele dossier that was "paid for by the DNC and Clinton campaign" and funded through the Perkins Coie law firm, "represented by [Hillary Clinton's] lawyer Michael Sussmann… who worked Baker hard and gave him oppo[sition] research for 'a Russia probe'".

FBI top lawyer confirms “unusual steps.” They relied on the Clinton Campaign’s Fake & Unverified “Dossier,” which is illegal. “That has corrupted them. That has enabled them to gather evidence by UNCONSTITUTIONAL MEANS, and that’s what they did to the President.” Judge Napolitano

​The US president cited Judge Andrew Napolitano who accused the FBI of gathering evidence by "unconstitutional means".

"We keep getting snippets of this evidence. If they can do this to the president of the United States, they can do it to anybody", Napolitano, the host of Fox Nation's "Liberty File," said Tuesday commenting on the apparent FISA abuse.

Commenting on the issue, Ortel noted that "prior to widespread use of computers and the internet, Americans remembered abuses perpetrated by the FBI and security agencies against US and foreign citizens alike".

"Following events of 11 September 2001, too many Americans rushed to embrace the notion that a 'surveillance state' could have only benign net effect upon society", he said. "These revelations by Baker, a senior lawyer who must have known that what he and others was doing failed to pass basic 'smell tests', should gut the notion that America's Deep State can't be trusted to regulate itself".

© AFP 2021 / Jewel Samad
New Explosive Facts About Clinton Charity to Shake Off Lethargy Soon – Analyst
According to the Wall Street analyst, it seems obvious "that the FBI (and likely sister agencies) do not restrict access to actionable information tightly enough, and that politically sensitive information ends up being harvested and even acted upon, well outside the colour of laws, by government officials themselves".

Ortel, who has been carrying out a private inquiry into the alleged fraud by the Clinton Foundation, drew parallels between the latest FISA issue and the FBI's handling of the Clinton case.

"Why under Robert Mueller (4 September 2001 through 4 September 2013, and afterwards under James Comey) did the FBI allow the Clinton Foundation (including all affiliates) to solicit billions of dollars in donations even as false and materially misleading documents circulated in the public domain?" he asked. "What 'leverage' do current and former FBI, agency, personnel have over sitting politicians and bureaucrats inside the organs of 'Justice'?"

The situation surrounding the FISA warrant against Carter Page was described in detail by prize-winning investigative journalist John Solomon in an op-ed eloquently titled "How the Clinton machine flooded the FBI with Trump-Russia dirt… until agents bit".

"Between July and October 2016, Clinton-connected lawyers, emissaries and apologists made more than a half-dozen overtures to US officials, each tapping a political connection to get suspect evidence into FBI counterintelligence agents' hands", Solomon wrote citing internal documents and testimonies and interviews he had conducted.

1) was biased against and hated Trump.
2) was on the payroll as a Democratic operative before FISA warrant application was requested.

​Thus, the unverified Steele dossier became the trigger for the FBI obtaining the warrant and the result was Special Counsel Mueller's investigation against Trump, the Wall Street analyst noted.

Once again, President @RealDonaldTrump is being abused by those who want to overthrow him. Illegal FISAs, spying, leaking, and now withdrawing an invitation to give a State of the Union. Shameful.

​Ortel stressed that to him "the Mueller/Rosenstein campaign seems an intimidation and obstruction of justice effort targeting President Trump and his lawfully appointed staff", adding that "that is, at best, of dubious constitutional authority".

No One is Too Big to Jail: With Powers Must Come Strict Penalties

So, how did it happen that the FBI obtained seemingly "unlimited" powers to crack down on "undesired" politicians?

"Certainly, an organisation like the FBI (and a more limited set of security agencies) needs to have massive power to fight crimes, particularly complex, multinational ones", Ortel responded. "But with these powers must come strict penalties in cases where government officials brazenly attack political rivals or enemies".

© AFP 2021 / Robyn BECK
FBI Spying Machine: Who Allowed US 'Deep State' to Overstep Its Bounds
The Wall Street analyst said that "one imagines that striving politicians in both parties readily find themselves in places where they may have 'broken' one or more of the many laws and regulations that exist under the American system of governance".

"Publicly available sources suggest that FBI files are filled with unproven allegations as well as, in cases where persons are convicted of crimes, demonstrably true allegations", he noted.

Ortel emphasised that "only through exposure and tangible proof that no person is 'too big to jail' will we have hope, in America, to believe that 'justice' can again be administered equitably".