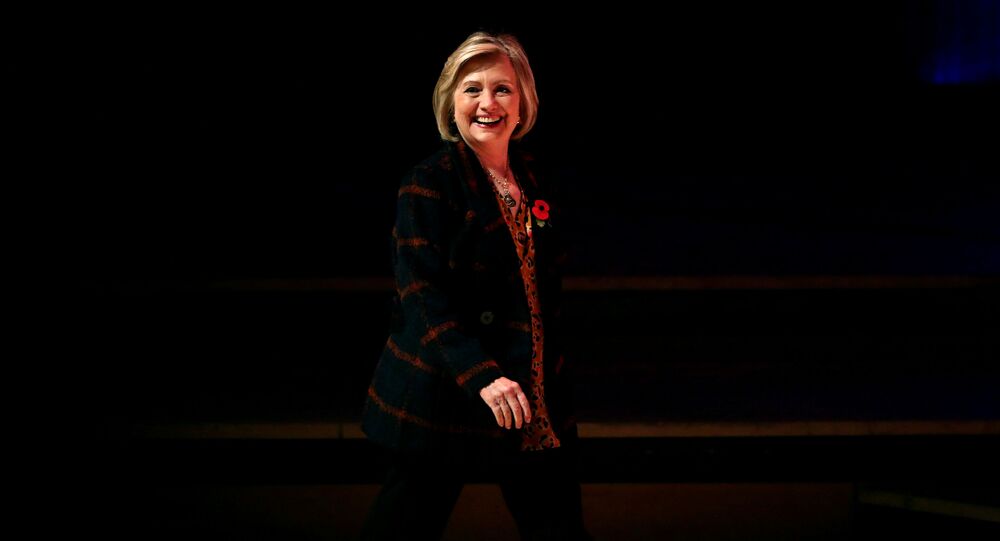 On 12 November, Fox News released a complaint to the Intelligence Community Inspector General (ICIG) alleging that a much-discussed impeachment whistleblower and a Louisiana nonprofit corporation Values United, "have strategically weaponised their alleged whistleblower activities into a very lucrative money-making enterprise".

On or about 25 September, at the time when House Speaker Nancy Pelosi announced an impeachment inquiry into Donald Trump citing the president's supposed "quid pro quo" deal with Kiev, Whistleblower Aid, an entity run by Values United, kicked off a fundraiser through a "GoFundMe" page to support the intelligence official who blew the whistle.

According to the complaint, as of today they have raised over $220,000 from over 6,100 donors. However, the truth of the matter is that the aforementioned donations appear to constitute an illicit "gift" for a current federal employee under 5 CFR 2635.203(b) or, alternatively, "an indirectly solicited gift" under 5 CFR 2635.203(f)(2), the document argues.

The complaint added that a report concerning nonprofit Values United's potential misconduct "out of the scope of ICIG" had been separately filed with the Internal Revenue Service (IRS).

Charles Ortel, a Wall Street analyst and investigative journalist who has been looking into the alleged fraud of the Clinton Foundation for the past several years, agrees that Value United's records truly deserve IRS attention, adding that his further comments do not constitute "professional advice", but simply analysis.

He specifies that Whistleblower Aid, founded in September 2017 by former State Department official John Tye and US attorney Mark Zaid, representing the whistleblower and called a "non-profit" organisation by some media outlets, is actually a DBA "doing business as" a name allegedly registered in Washington DC for Values United.

The analyst outlines that so far he has found "no evidence that Values United submitted a truthful application to the IRS to obtain exemption from federal taxes on the basis that it had lawful authority to assist 'whistleblowers' in any capacity".

"Perhaps such evidence exists – that said Values United has, to date, chosen to omit such evidence from its website", Ortel emphasises.

Additionally, in accordance with US law, a nonprofit requires a certain number of independent members of the board and needs to be truly independent from its founders. In this particular case, Ortel raises the question of whether the "entity" was actually independent of its founder and Chief Executive Officer John Tye and his father William Tye.

"In my view, Values United was not, as required, a 'public charity', able to stand in the shoes of government, acting on a nonpartisan basis, and not creating more than an 'insubstantial' amount of collective private gain", he sums up.

The analyst notes that the controversial fundraiser is not the only thing related to Values United and the whistleblower that raises eyebrows, outlining a string of coincidences regarding the recent Ukrainegate case.

First, two of three partners of Compass Rose Legal Group, legal advisers to the nonprofit, have apparent ties to Hillary Clinton and her governmental affairs.

One of the partners, Andrew P. Bakaj, a former intelligence officer assigned with the Central Intelligence Agency (CIA) Office of Inspector General, used to work for then-Senator Hillary Rodham Clinton in 2001.

The second partner, Chuck McCullough, was the Inspector General of the Intelligence Community (ICIG) who led an IC investigation and analysis into Secretary Hillary Clinton’s e-mails during her tenure as secretary of state. Remarkably, this investigation resulted in nothing, with then-FBI Director James Comey declining to prosecute the former secretary of state for the mishandling of classified material under the pretext that Clinton's actions lacked required “intent” to break relevant laws.

Bakaj, Zaid, and McCullough are currently representing the interests of the whistleblower, according to media reports.

Second, Whistleblower Aid was founded by Zaid and Tye in September 2017, according to The Washington Post. However, according to Larry C. Johnson, a former analyst at the Central Intelligence Agency, public records tell a different story. Having noted in an op-ed that Whistleblower Aid is a "doing-business-as" name for Values United, the ex-CIA officer elaborates that Values United was incorporated in Louisiana in April 2009, revoked in 2013 and reinstated on 13 March 2017 with its 501 (c)(3) status received on 30 March 2017.

Concurrently, from late January 2017, Zaid began releasing a series of tweets about the looming anti-Trump impeachment.

On 31 January 2017 he wrote that a "coup has started” and that "impeachment will follow ultimately" in response to Donald Trump firing acting Attorney General Sally Yates (who, together with then Attorney General Loretta Lynch oversaw the Hillary Clinton emailgate probe).

​On 1 July 2017, Zaid noted: "We will get rid of him [Trump], and this country is strong enough to survive even him and his supporters. We have to".

It's very scary. We will get rid of him, and this country is strong enough to survive even him and his supporters. We have to.

​The same month, he tweeted: "I predict CNN will play a key role in Donald Trump not finishing out his full term as president".

Not shocking at all. I predict @CNN will play a key role in @realDonaldTrump not finishing out his full term as president https://t.co/7QPOxATrBS

​According to Ortel, this set of coincidences evokes strong memories of Fusion GPS, former MI6 intelligence official and serial "leaker" Christopher Steele, and his anti-Trump investigation conducted in the interests of the Clinton campaign.

As Christopher Steele's dodgy dossier became the trigger for the Russiagate case, "hearsay" spread by the whistleblower gave a boost to Ukrainegate, he notes.

Why Hillary Clinton Partisans Might Have Reasons to be Afraid

According to the Wall Street analyst, "there is the question of the involvement of Hillary Clinton partisans in the acquisition of work product obtained investigating candidate Trump, the continuing investigation of Trump through the general election, and post-election 'resistance' activities of Hillary Clinton, her associates and her financial supporters".

He suggests that IC operatives, former Obama officials and their associates involved in the anti-Trump resistance "might have motives to fear the outcome of any detailed investigation" into the origins of Special Counsel Robert Mueller's probe, carried out by US Attorney John Durham, as well as the Clinton emailgate, the Clinton Foundation's alleged fraud and Obama era scandals largely neglected by the US mainstream media. That is why, according to Ortel, they are seeking "to get rid" of Donald Trump.

"Accusing President Trump of criminal behaviour - urging a foreign government (Ukraine) to investigate a political opponent (Joe Biden) appears to be projection", Ortel says. "Once the long-awaited Inspector General Horowitz report emerges, I suspect we may learn that the Obama administration and the Clinton campaign enlisted the aid, illegally, of foreign governments to weaken support for candidate Trump, and then to frustrate President-elect Trump, and President Trump right to the present day. One wonders how many foreign governments did and are doing so, and what price the Trump administration may exact, once hard truths finally emerge".