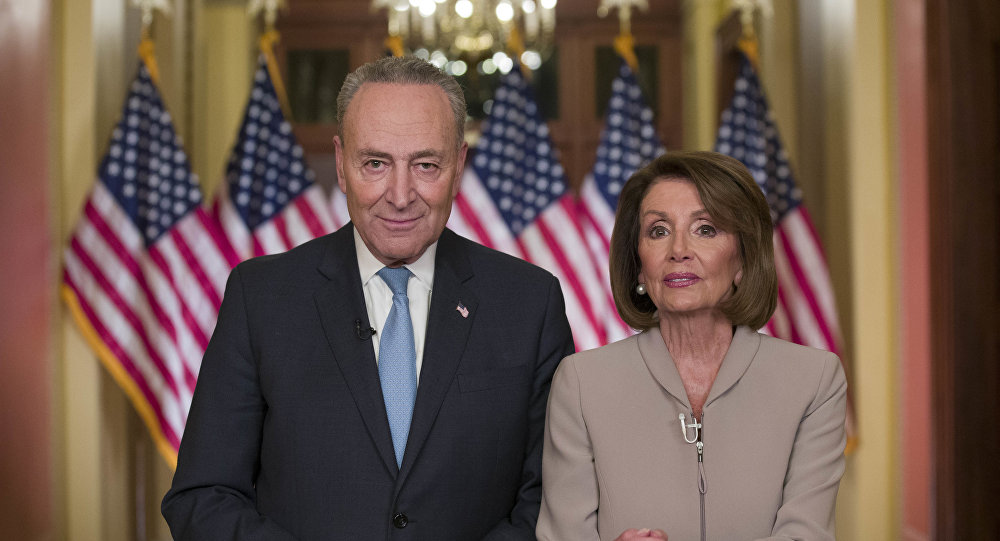 House Democrats are racing against the clock to carry out an impeachment inquiry against Donald Trump. Wall Street analyst Charles Ortel and a US lawyer known by the alias Techno Fog explain what's behind the Dems' actions around Ukrainegate and why the party may end up losing its frontrunner as collateral damage.

Having announced an "impeachment inquiry" into Donald Trump on 24 September, House Speaker Nancy Pelosi signalled last week that she was going to fast track the investigation.

Previously, Pelosi remained somewhat reluctant to push ahead with the impeachment of the US president. However, a "whistleblower's" complaint saying that the US president had urged his Ukrainian counterpart Zelensky to investigate Hunter Biden, a son of the Democratic presidential candidate Joe Biden, was apparently a game changer for the veteran speaker.

Pelosi even rushed to launch an investigation before the actual transcript of the Trump-Zelensky conversation was made public, skipping a formal floor vote.

A lawyer analysing high-profile investigations on Twitter, who uses a "Techno Fog" alias due to privacy concerns, says that what Pelosi has started "is not a 'formal' or 'official' impeachment."

"What they're doing is starting a type of trial, complete with the inquisition of witnesses by outside lawyers sympathetic to their cause, as part of their 'formal impeachment inquiry,'" the laywer explains.

But what's the rush? According to Charles Ortel, a Wall Street analyst and investigative journalist, "Nancy Pelosi and key Democrats believe that they can effectively manipulate the American voting public using the mainstream media, and social media to fan the argument that Donald J. Trump has never been a legitimate President of the United States."

"Having lost the war (using Special Counsel Robert Mueller) that President Trump was and may be in league with Russia and with Vladimir Putin, these partisan actors are now trying to sell another false narrative, that Team Trump is working with Ukraine's government to interfere in the 2019/2020 election cycle by unfairly targeting Joe Biden and his son for engaging in public corruption," Ortel says.

However, judged from the telephone transcript released on 26 September, "these claims are illegitimate and beneath the dignity of the office of the speaker of the House," he adsds.

Ukrainegate: House Dems Wants to Damage Standing of Trump in Minds of Electorate

Still, House Dems' efforts have prompted bewilderment as at this stage they are unlikely to lead to Trump's expulsion from the office. At present, the Republican-controlled Senate will never reach the 67 votes required to convict President Trump on charges concerning Russia, Ukraine, or "emoluments", according to Ortel. So, what benefits do Pelosi and Democrats want to reap from the impeachment inquiry?

"Knowing that she has the mainstream press in her lap (in theory) and that great attention will be placed on accusations and claims made by Democrats in the 2020 primary season, Pelosi (and key allies) must believe that opening an 'impeachment inquiry,' even without holding the required vote on the floor of the House of Representatives, will usher in a 'mud-fest' that may damage the standing of President Trump in the minds of the electorate," says Ortel.

Indeed, in a weekend conference call with House Democrats Pelosi highlighted that public support for impeachment had grown: "I will only close by saying, the polls have changed drastically about this," she said. 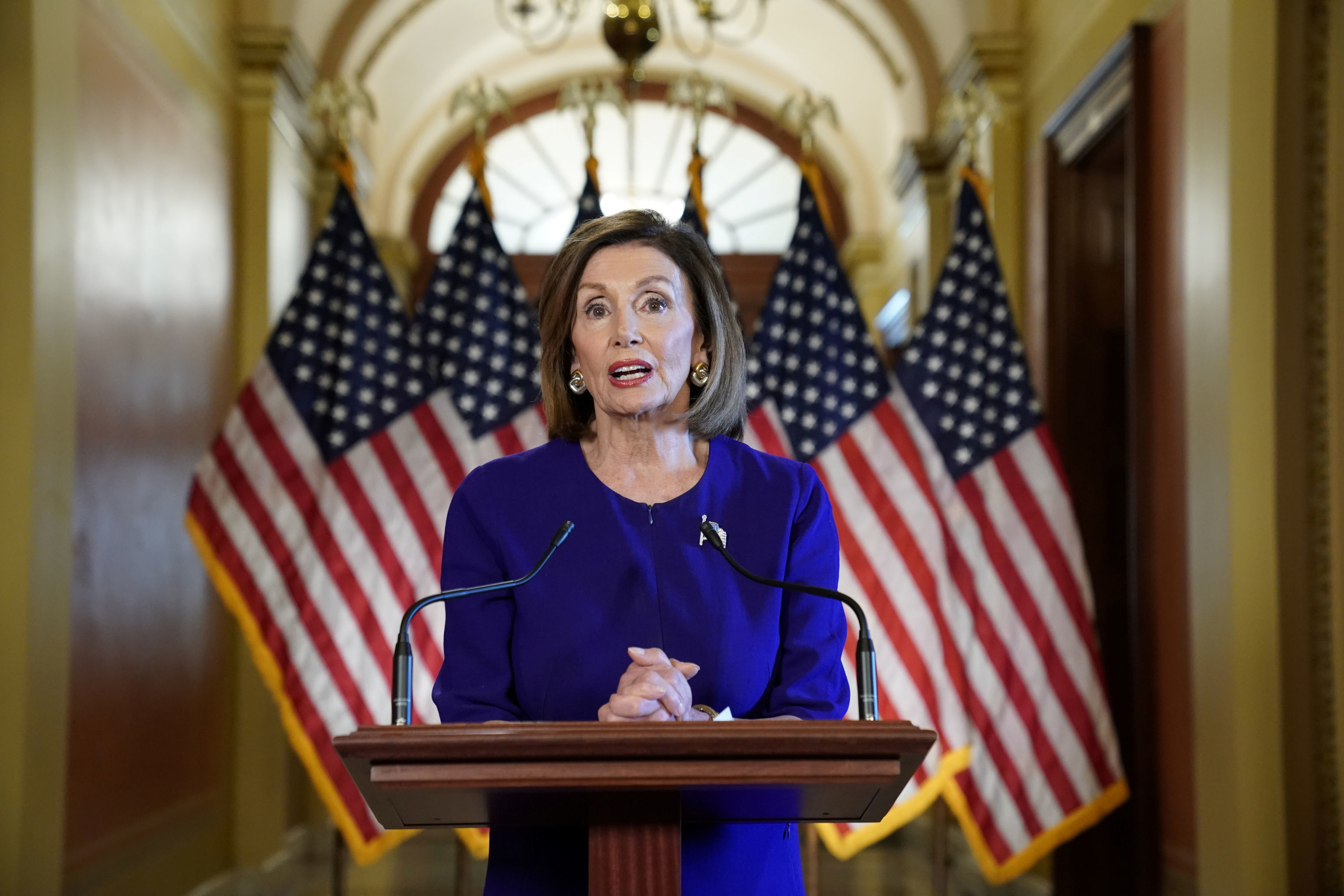 Meanwhile, Techno Fog believes that the so-called Ukraine-gate is part of a broader plan: "The Ukraine 'controversy' is a pretext to start impeachment proceedings in order to obtain grand jury material from the Mueller's investigation", the lawyer tweeted on 24 September.

The Ukraine "controversy" is a pretext to start impeachment proceedings in order to obtain grand jury material from Mueller's investigation.

It is NOT about Ukraine.

The White House needs to get in front of this ASAP.

​"Rule 6(e) of the Federal Rules of Criminal Procedure allows for the disclosure of grand jury materials 'preliminary to or in connection with a judicial proceeding,'" Techno Fog explains commenting on the tweet. "It'll be the position of the Democrats that the 'official impeachment inquiry' is a 'judicial proceeding' under that law. They're seeking anything they can allege is incriminatory, whether it's transcripts of calls with foreign leaders, witness testimony, or perhaps their larger target: grand jury materials from the Special Counsel's investigation. Any failure to produce witnesses or documents will be labeled obstruction to their inquiry."

In late July the US House Judiciary Committee requested grand jury evidence from Mueller's investigation, suggesting that Trump could have hindered the special counsel's work. They argued that they needed this information, protected from outside scrutiny by federal law, to determine whether to recommend articles of impeachment against the US president.

Following Pelosi's announcement of the impeachment inquiry, the Democratic-controlled House lawyers again said that they need the special counsel's grand-jury materials this time suggesting that Trump may have lied to Mueller.

According to CNN, House Democrats have been carrying out "multiple investigations" into Trump through six separate committees. On 12 September, 12 days before the announcement of the impeachment inquiry, the House Judiciary Committee approved a resolution in favour of formally launching an impeachment investigation over Trump's alleged misconducts. Now, Pelosi is calling upon her party fellows to concentrate on the Ukraine affair.

Joe Biden's Campaign May Turn Into Collateral Damage of Ukrainegate

The so-called Ukrainegate is fraught with risks for the Democratic Party as it has already backfired on its frontrunner, Joe Biden, says Ortel.

The Bidens became the focus of attention following the release of the transcript of the Trump-Zelensky talk. Conservative media pundits have shared the video of Joe Biden bragging at a 2018 CFR meeting that a Ukrainian prosecutor was fired at his request in exchange for $1 billion in US loan guarantees.

#JoeBiden traveled to #Ukraine, and told the then President that:

"if you don't fire that prosecutor [*who was investigating smth important*], United States will not give you $1Billion in Aid" & "if you don't trust me call #BarackObama"

​As it turned out, the prosecutor in question was investigating Burisma Holdings at the same time that Biden's son, Hunter, was serving on the company's board. Currently, Trump's attorney Rudy Giuliani is looking into the matter.

Bribery is offering anything of value ($1.2 billion critical loan guarantee) in exchange for official action (firing the prosecutor, corrupt or not, who is investigating your son). Bragging Biden admits it. And if you need help on whether he knew about son, plenty to come.

​"The bad news about purported 'front-runner' Joe Biden and his family comes at a time that the Democrat Party does not seem to have a strong candidate to face off against President Trump in the 2020 presidential election," the Wall Street analyst says.

There is something sinister about it, according to Ortel, who thinks that this indirect attack against the Bidens prompted by the Democrats "is suspiciously timed and seemingly coordinated."

He notes that simultaneously, "Hillary Clinton has resurfaced in a massive push across mainstream media outlets, just as her latest book (this time with daughter Chelsea) emerges in publication".

"Meanwhile, another book is poised for release that also damns Joe Biden with faint praise (and criticism) from Barack Obama," the analyst adds.

Still, Biden is not the only one Democratic politician involved up to his neck in Ukrainian affairs. According to US investigative journalist Richard Pollock's 27 September tweet, "at least six top Democrats have profited from Ukrainian oligarchs." In his podcast for OAN the investigative journalist specified that the list includes Bill and Hillary Clinton, Hunter Biden, Tony Podesta, and Lanny Davis.

"Let's hope President Trump is very close to 'Draining the Swamp,' as the desperate tactics of Pelosi and other Democrats and Never Trumpers plainly suggest," Ortel concludes.