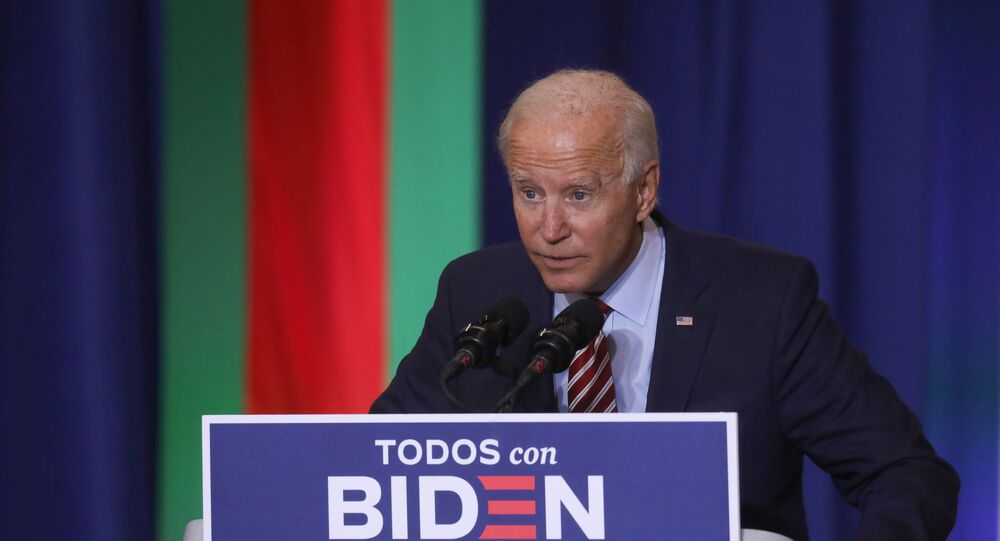 US Democratic presidential candidate Joe Biden is prone to slip-ups and stumbles, for which he is mocked by his Republican rival, incumbent President Donald Trump, who regularly links Biden's verbal blunders to possible issues with the Dem candidate's mental health.

Democratic presidential candidate Joe Biden, while delivering a video message, appeared to add himself a few years when addressing the US Conference of Mayors on Saturday, saying that he "got to the Senate 180 years ago".

"That's why I made it a priority in my entire career to work closely with you. From the time I got to the Senate 180 years ago, you know", Biden said on the video, only to smile, pause for effect and continue without correcting himself.

Biden, who is 77 year old, is often criticised for his verbal slip-ups, with his Republican rival, Donald Trump, slamming his blunders as a sign of mental health problems that, Trump insists, indicate that the Democrat is unfit to serve as the US president.

WATCH: Joe Biden misreads the teleprompter: "I got to the Senate 180 years ago" pic.twitter.com/tPtHHtNlcq

​Users lashed out at Biden, denouncing the fact that he did not appear to spot his own mistake and comparing the Democratic candidate to Yoda - a Star Wars character famous for his inverse word order.

the way he acts, he may be right about that

And if we actually gave him 180 years in the Senate, he still couldn't produce anything, except another racist crime bill.

The force is dwindling in this one pic.twitter.com/R9VvNMIVCb

​Biden's best gaffes often go viral, seen by many not only as funny, but even humorously offensive. Thus, remarks like “If you have a problem figuring out whether you’re for me or Trump, then you ain’t black” or “I may be Irish but I’m not stupid”, shocked many, causing outrage by some black Americans and those with Irish heritage.