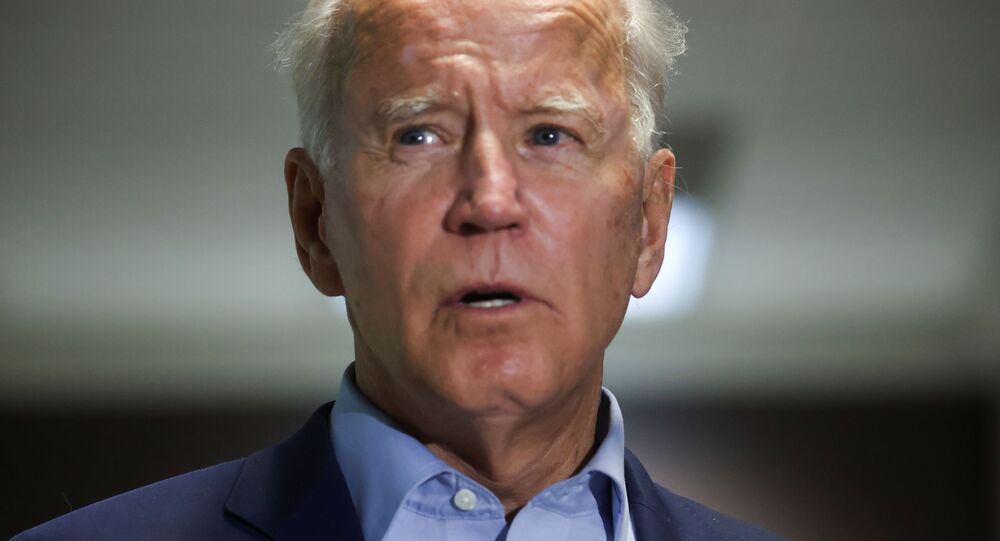 A video of the former Vice-President Joe Biden jokingly calling US troops “stupid bastards” in 2016 has gone viral, making a stir on the internet late Friday.

Democratic presidential candidate Joe Biden’s campaign has scrambled to confirm a viral video which has recently surfaced of the former Vice-President supposedly calling US troops “stupid bastards” and “a dull bunch” during a trip overseas, and is defending the remarks as having been made in jest, reported The Daily Beast.

“Vice-President Biden was jokingly encouraging the audience to clap for an airwoman on the stage, and a number of service members can be seen laughing and smiling at the comment. Seconds before, he praised them for the incredible sacrifices [they] make for our country,”” Biden campaign spokesman Andrew Bates was quoted as saying in a statement.

The Democratic presidential hopeful made the controversial remarks during a speech in Abu Dhabi on 7 March 2016 while he was Vice-President to President Barack Obama.

Biden said at the time that, during his many trips to the Balkans, Iraq and Afghanistan he regretted that “folks back home” don't fully understand the troops’ “sacrifice for the country,” according to the official transcript, archived in the White House’s Office of the Vice-President.

Biden then apparently made an attempt to crack some jokes, quipping:

“And I want you to know notwithstanding what you may hear about me, I have incredibly good judgment. One, I married Jill. And two, I appointed Johnson to the academy. I just want you to know that. Clap for that, you stupid bastards. Come on, man. Man, you are a dull bunch. Must be slow here, man. I don't know,” he said.

Despite footage of Biden’s speech, including the “stupid bastards” remarks, having been available on YouTube since 2017, it resurfaced late on 25 September, immediately generating a barrage of comments, with netizens heatedly arguing whether the tape was “doctored” and a “fake”.

This is a doctored video. A child could notice it. Going low again I see.

If it’s doctored, why is the Biden team not denying it? https://t.co/he7dxa0L7w

Speech was in March 2016 and he got a standing ovation at the end. Move along now.

It was clearly made in jest in which the troops laughed and applauded him afterwards. It’s hard to understand that when the video cuts right off(intentionally) right before that.

If you knew anything about our troops then you’d know this is how they talk to one another.
They’d rather you speak direct to them than behind their backs like Trump does.

Biden’s ego and his mouth are his weak spots!

Cannot imagine anyone voting for him with this stuff. He's seriously glitching. 🤖

And there it is. Just as I predicted when this first came to light.

You never give @realDonaldTrump that benefit, & he is more deserving!

Incredible, the press should pick this up and report it. So disrespectful to our troops.

If this was @realDonaldTrump the #MSM would be blasting it 24/7 non stop.