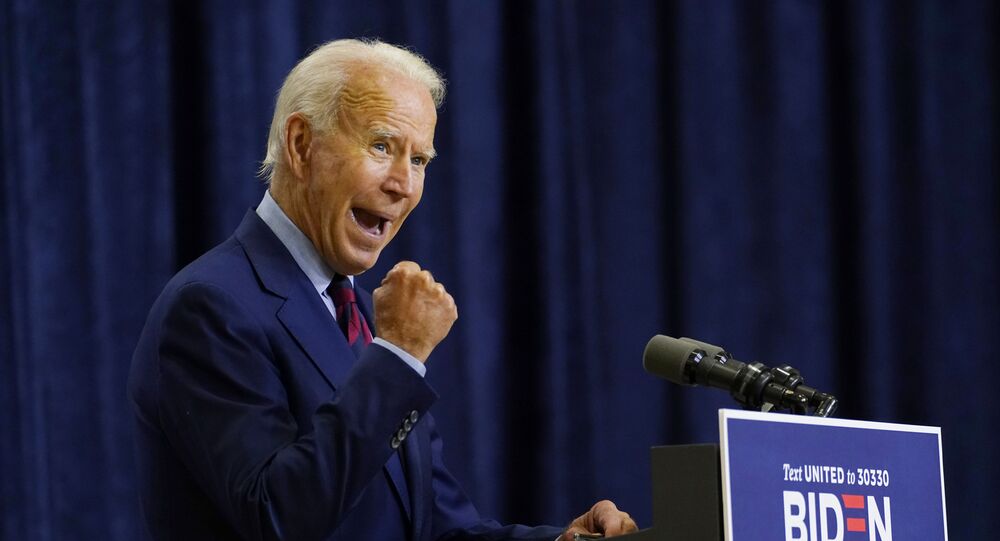 Democratic presidential nominee Joe Biden is no stranger to the kind of gaffes that for years have prompted the American public to speculate about the state of his mental health. Unsurprisingly, his Republican rival Donald Trump is among those who doubt Biden’s emotional capacity to lead the US – or whether he is even smart enough to do so.

“Biden's a stupid person. You know that”, Trump said during a US Labor Day news conference outside the White House. And while the snub was merely retaliation the for ex-vice president’s positive stance on China’s economic rise - some of Joe Biden’s infamous quotes may indeed make people question his intellectual abilities – or at least his foresight. Here’s our top five:

“If you have a problem figuring out whether you’re for me or Trump, then you ain’t black”, Biden told African-American radio host Charlamagne Tha God this May, a statement that immediately earned him a strong backlash from both haters and supporters for allegedly taking black votes for granted. Later, the former vice president admitted that he “shouldn’t have been such a wise guy”, referring to his remark, or even “so cavalier” - whatever that means.

The Democratic candidate caused some fury among those of Irish decent after telling an audience in Iowa: “I may be Irish but I’m not stupid”, hinting at his roots. Some were truly offended by this – others merely shocked.

One of Biden’s quotes raised a lot of eyebrows last year. Speaking at a town hall in Des Moines that hosted many Asian & Latino voters, the former Obama staffer said that “poor kids are just as bright and just as talented as white kids”. He tried to quickly recover from his statement after a short pause: “Wealthy kids, black kids, Asian kids — no I really mean it, but think how we think about it”, he then added. But it was too late, Biden's words were already hanging in the air.

“This election year, the choice is clear”, the then-senator said at an Illinois campaign rally in 2008, while cheering for Obama’s candidacy. “One man stands to deliver change we desperately need. A man I'm proud to call my friend. A man who will be the next president of the United States—Barack America!”

“Stand up, Chuck, let ‘em see you”, Biden loudly addressed State Senator Chuck Graham during a 2008 campaign rally event in Missouri. It would have been a simple call if Graham were not a paraplegic confined to a wheelchair following a car accident at the age of 16. “Oh, god love ya, what am I talking about”, the politician said after realizing his mistake. "I tell you what, you're making everybody else stand up though, pal. You can tell I'm new”. Is he still new though? Given that he tried to become president in 1988 and was elected state senator for Delaware way back in 1973 that seems to be open to debate.