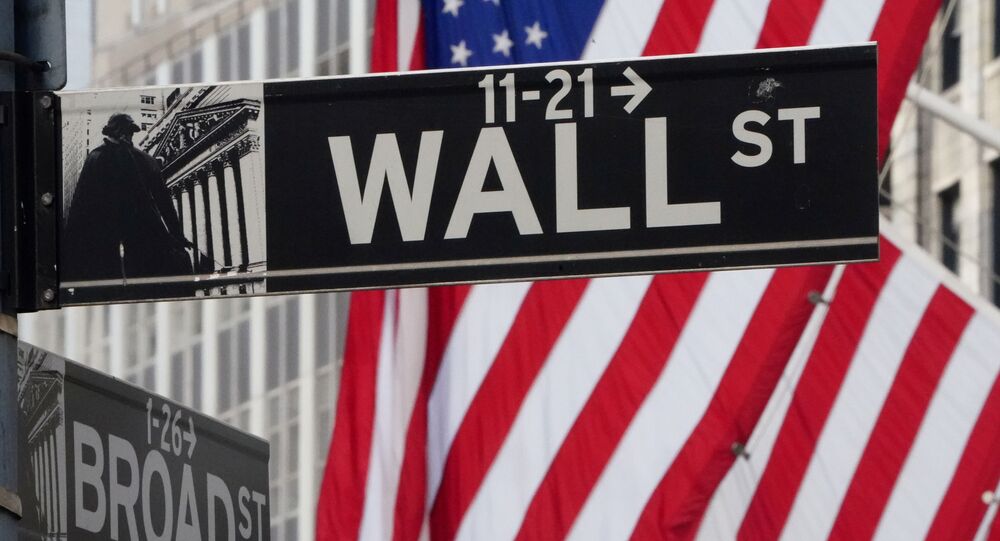 Later this week, President Donald Trump is expected to announce his choice for Supreme Court justice to replace Ruth Bader Ginsburg, who died on 18 September due to cancer complications. Democrats insist that the new justice should be nominated after the 3 November presidential election.

The American news website Axios has quoted finance experts as saying that US President Donald Trump's resolve to nominate a new Supreme Court justice in the coming days may add to Wall Street's concerns over market volatility before the 3 November election.

Priya Misra, head of global rates strategy with the Canadian TD Securities investment bank, told Axios that Trump’s Supreme Court nomination may complicate the partisanship and division in case of a contested election.

According to her, it will not only increase volatility, but also "reduces the likelihood of Congress passing a [coronavirus-related] phase 4 stimulus" package.

She added that it would also mean “we should be putting in a greater probability of a Blue Wave”, namely, a surge of voters supporting Democratic candidates.

Lou Brien, rates strategist at the company DRW Trading, for his part, told Axios that “not getting the election results in a timely manner will be destabilizing, especially in light of how divided the country appears to be now”.

Brien added that he thinks “stock market moves will be violent intraday and the prevailing trend will likely be down, maybe sharply so”.

The comments come after Trump said on Monday that he may choose his nominee for the US Supreme Court by the end of this week and is considering picking from a list of five women candidates to replace the deceased Justice Ruth Bader Ginsburg, who passed away from cancer complications on 18 September.

POTUS reiterated that he wants to see a vote on his US Supreme Court nominee at the Senate before the 3 November presidential election.

© AP Photo / Carolyn Kaster
Republicans Firm up Majority to Confirm Donald Trump’s Supreme Court Nominee
Democrats have opposed Trump’s plans, insisting that it is the winner of the upcoming election who should decide on nominating the new Supreme Court justice.

House Speaker Nancy Pelosi said in an interview with ABC News on Sunday that she does not exclude launching a new impeachment against Trump as a means of keeping the Senate from voting on POTUS’ Supreme Court nominee.

Trump, for his part, claimed that he is “constitutionally obligated” to fill a Supreme Court vacancy, also pledging that if Democrats start impeachment proceedings against him, the Republicans would “win the entire election”.