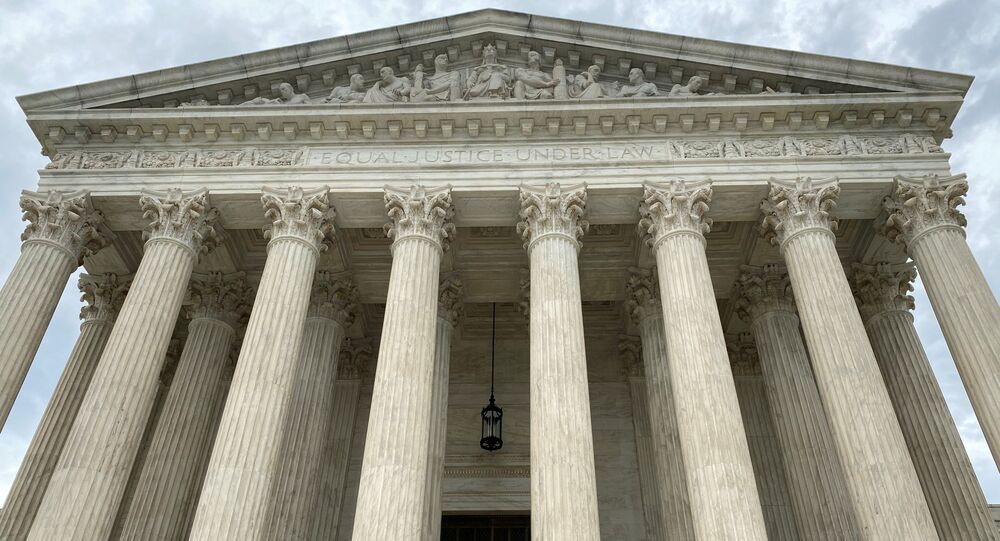 On 19 September, US President Donald Trump confirmed that he will announce his Supreme Court justice pick next week and that it will be a woman.

Donald Trump has stated that he's narrowed his favourites for the US Supreme Court spot to five candidates. He said in an interview with Fox News that the candidate would be announced on Friday or Saturday.

Prior to this, Trump named Amy Coney Barrett of the Chicago-based 7th Circuit and Barbara Lagoa of the Atlanta-based 11th Circuit as possible nominees.

The US president has also responded to Senator Susan Collins’ call that he wait until after the November election to fill the Supreme Court vacancy left by the late Ruth Bader Ginsburg.

US Democratic presidential candidate Joe Biden has also called for Trump to wait until after the November election, saying that the American people have already started voting and that appointing a new Supreme Court justice now would be an "abuse of power".

© REUTERS / ALEXANDER DRAGO
Trump Says Will Soon Announce His Supreme Court Justice Pick, Likely a Woman
Senator Susan Collins said on 19 September that Trump did have the constitutional authority to make a nomination to fill the Supreme Court vacancy, but because of the upcoming presidential election, "the decision on a lifetime appointment to the Supreme Court should be made by the President who is elected on 3 November" and the Senate should not vote on the nominee prior to the election.

On 18 September, Supreme Court Justice Ruth Bader Ginsburg died of complications from metastatic pancreatic cancer, at the age of 87, at her home in Washington.