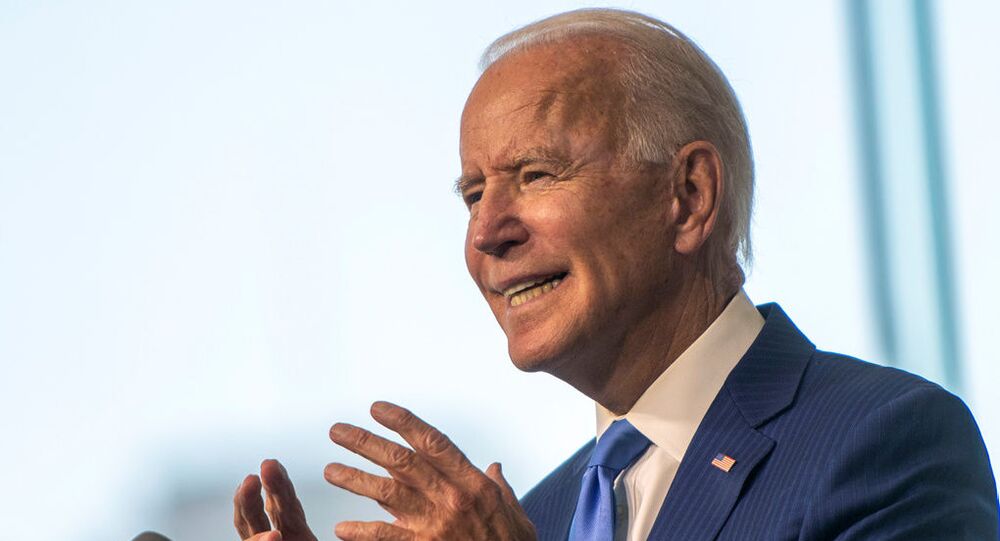 WASHINGTON (Sputnik) - US Democratic presidential candidate Joe Biden is calling for waiting until after the November election to fill the Supreme Court vacancy after the passing of Ruth Bader Ginsburg.

"Her [Ginsburg’s] granddaughter [Clara Spera] said yesterday … that her dying words were ‘My most fervent wish is that I will not be replaced until a new president is installed’", Biden said in Philadelphia, Pennsylvania, on Sunday, adding "As a nation, we should heed her final call".

Biden stressed that the American people have already started voting and that appointing a new Supreme Court justice now would be "abuse of power".

"Even if President Trump wants to put forward a name, now, the Senate should not act until after the American people select their next president", Biden said.

Senator Susan Collins said on Saturday that US President Donald Trump did have the constitutional authority to make a nomination to fill the Supreme Court vacancy, but because of the upcoming presidential election "the decision on a lifetime appointment to the Supreme Court should be made by the President who is elected on November 3" and the Senate should not vote on the nominee prior to the election.

Speaking to reporters on Saturday, Trump said that he was going to nominate a new Supreme Court justice next week and that he did not agree with Collins’ stance on the issue.

Later on Saturday, speaking at a campaign rally in North Carolina, Trump confirmed that he will announce his Supreme Court justice pick next week and that it will be a woman.

"We are going to fill the seat", Trump said, stressing that "There have been 29 times of vacancy open during an election year or prior to it … every single time the sitting president made a nomination".

"I will be putting forward the nominee next week, it will be a woman", Trump told his supporters in North Carolina.

On Friday, Supreme Court Justice Ruth Bader Ginsburg died of complications from metastatic pancreatic cancer, at the age of 87, at her home in Washington.

Trump now has the opportunity to expand the Supreme Court’s conservative majority to 6 (out of a total of 9) justices.

Senate Majority Leader Mitch McConnell said on Friday that the Senate would vote on Trump’s pick to replace Ginsburg despite the fact that it is an election year.

The Republicans currently hold a 53-47 majority in the US Senate.