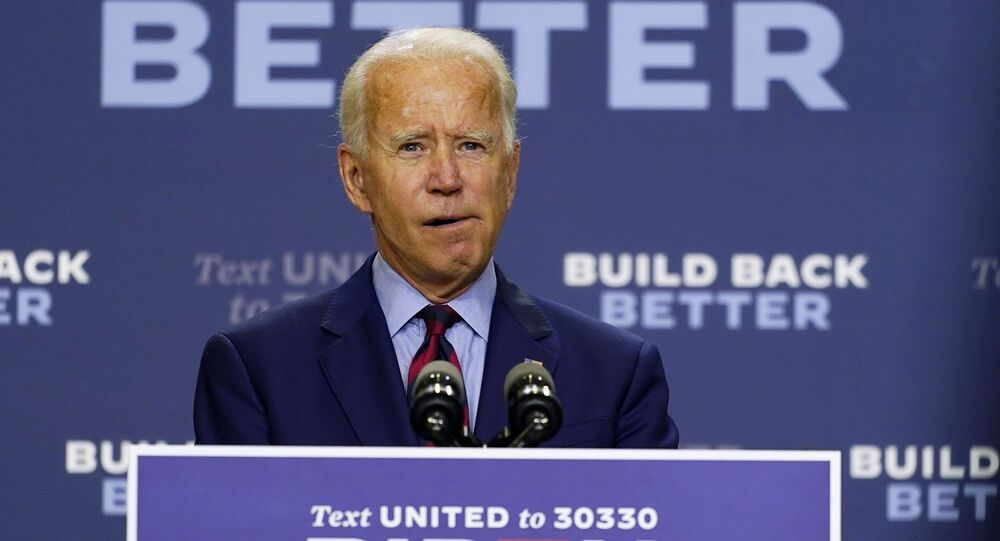 Donald Trump has publicly challenged his Democratic presidential rival Joe Biden to take cognitive ability test on numerous occasions, following several slips-of-the-tongue made by the ex-vice president throughout his election campaign. But it’s Russia which has now been apparently blamed for making "allegations" about Biden’s mental health.

According to the ABC News earlier report, the DHS came up with a draft bulletin that warned law enforcement agencies about a “Russian scheme” to spread “allegations about the poor mental health” of the former vice president back in July. The document, reportedly titled “Russia Likely to Denigrate Health of US Candidates to Influence 2020 Election,” was set to be distributed to local authorities, as well as federal and state bodies by 9 July.

It was not however meant to be released for public consumption, the ABC News noted, which eventually created an uproar in the media after some outlets learned about the draft report. The DHS bulletin has now been apparently updated to include “details” on the alleged operations of “Russian actors” used to present Biden as being in “ill-health”.

The new document is said to be suggesting that “Russia is using both covert proxy websites and overt state media to amplify these allegations, often in conjunction with other election-related malign influence narratives, which is consistent with their tactics in 2016 to undermine a former presidential candidate”.

These efforts, it says, have been taken place since last September, in a bid to create “narrative” about Biden’s mental and physical incapacity to lead the United States that “will resonate with some American voters and reduce their confidence in him as a candidate”.

“Russian covert and covert influence actors posted negative commentary and unsubstantiated allegations about the poor mental health of Biden. For example, proxy websites have claimed that the candidates gaffes are symptoms of dementia, that he is mentally unfit for the presidency, and that he is unlikely to serve his full term due to his age”, the bulletin adds.

However, Joe Biden’s occasional flubs have been repeatedly pointed out not so much by Russian media, but rather by American social media users, who were once surprised to learn from former vice president that “over 120 million” Americans died from COVID-19 or to hear how the Democratic presidential candidate referred to himself as “Joe Biden’s husband”.

Incumbent president Donald Trump has previously insisted that the 77-year-old politician has an “obligation” to take a cognitive test to check his mental abilities in order to run for office as “something” was “going on”. Trump argued on several occasions that Joe Biden was not in the best physical or even intellectual shape to become the next POTUS and even recently called Obama’s former staffer “stupid”.

It is hardly the first time Russia has been blamed for trying to influence American voting behavior, including accusations of helping Donald Trump beat Hillary Clinton in the 2016 presidential election and the infamous Russiagate hoax, which was subsequently refuted following a report by Special Counsel Robert Mueller.