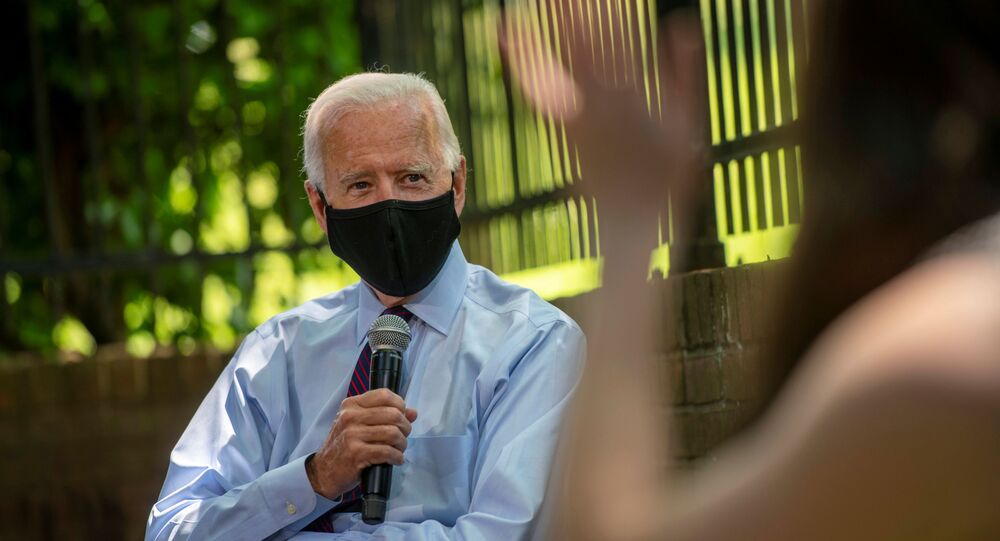 Netizens rushed to elaborate on speculation that the former US vice president might have dementia, bringing attention to other public gaffes he had made earlier.

Democratic presidential candidate Joe Biden has once again been caught making a slip of the tongue after saying that more than 120 million US citizens have succumbed to the novel coronavirus (COVID-19).

"People don't have a job, people don't know where to go, they don't know what to do", Biden is heard saying at a campaign event in Pennsylvania. "Now we have over 120 million dead from COVID".

WHAT IS GOING ON WITH JOE BIDEN?

Joe Biden just said, "Now we have OVER 120 MILLION dead from COVID." pic.twitter.com/QBQTDyzzZt

I’ve been asking that question for a long time now. pic.twitter.com/PT6rvI1JVe

Other users suggested Biden might have cognitive decline due to his advanced age.

My grandmother lived me and my mother as I took care of her seeing the dementia take her, this reminds me too much of that. It's actually sad to see and watch this taking place", one user shared.

Hell, he’s not functioning at any level. They probably lock him in the basement and take his bedtime milk and cookies away when he messes up!

Other users pointed out that he was apparently going to correct himself, but the video ends at the moment he made the error.

This is not the first time Biden has had an issue with numbers. In February, Biden claimed "150 million" Americans had been killed by gun violence since 2007.

Wait ... did Biden just suggest that half the country has been killed by gun violence since 2007? 150 million?! #DemDebate2020 #DemDebate #Biden2020 pic.twitter.com/oWrwNxpNaU

In September 2019, Biden vowed his tax credit plan would put "720 million" women back into the workforce, an absurd number, given that the whole US population was then estimated at around 327 million.

Several news outlets have speculated about Biden possibly having dementia following numerous instances of him stumbling or struggling to finish a sentence, and confusing well-known people or events.