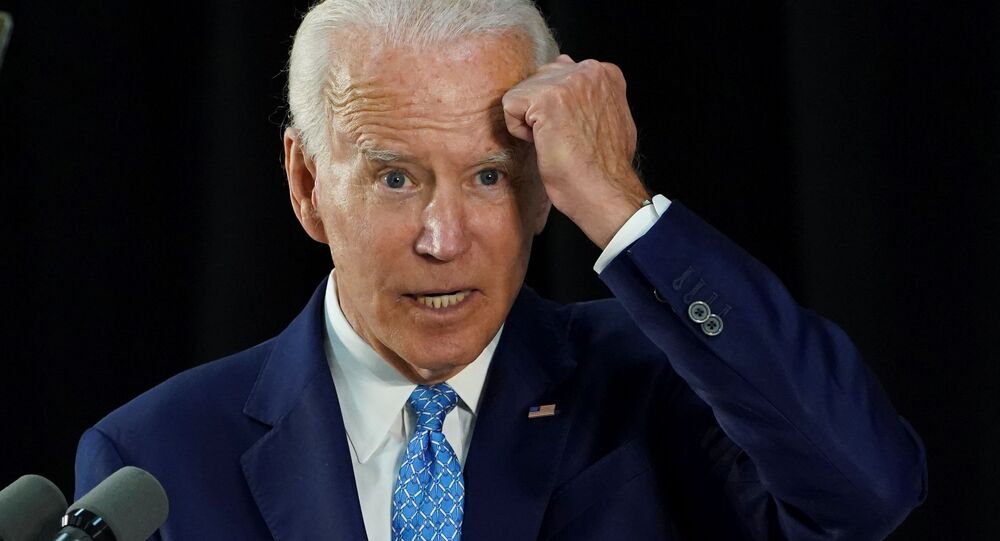 While the former Vice President’s followers appear to be confident that their man will oust President Trump from the Oval Office come November considering his lead in national polls, there is still a chance that Biden’s tangled tongue may cost him some popularity.

The Democratic Party presidential hopeful, Joe Biden, has made another one of his now-famous verbal gaffes, referring to himself as “Joe Biden’s husband.”

The 77-year-old former Vice President - who, if victorious in the November election, would be 78 by the time he sets foot in the Oval Office - was introduced to an online speaking event with the National Education Association (NEA) by the organisation’s head, Lily Eskelsen Garcia.

When introducing Mr Biden, Miss Garcia enthusiastically talked up the fact that Biden’s wife, Jill, is a long-time member of the NEA.

Biden appeared unaware that he had made the bizarre and obvious verbal slip-up, failing to correct himself.

Unfortunately for the presumptive Democratic nominee, this is not his first time that he has managed to muddle his words in front of a rolling camera.

Back in March of this year at a campaign speech, Mr Biden attempted to quote a section from the American declaration of independence, but could not quite remember how to finish the sentence, saying “we hold these truths to be self-evident, all men and women created by, go, you know, you know the thing.”

At a speaking event in Iowa, back in May of this year, Biden triumphantly declared “we choose unity over division, we choose science over fiction, we choose truth over facts,” apparently failing to recognise that “truth” and “fact” are essentially synonymous.

The former congressman for Delaware has made so many incoherent statements that it has led to President Trump using the comedic nickname, “sleepy Joe.”

“Is Joe Biden in mental decline? Does Joe Biden have dementia?” the advertisement asks. “In a world losing its mind, we don’t need a president who’s already lost his.”

Only last week, President Trump called for Mr Biden to take a cognitive test due to his consistent verbal blunders.

“He should give it a try,” Mr Trump tweeted.

“He cannot pass the test I “aced.” He should give it a try!”

​Biden’s latest cringeworthy move comes as Michael Dukakis, formally a long-serving governor of Massachusetts who was also nominated as the Democratic Party’s contender for the presidency in 1988, warned that Biden should not take his current lead in the polls too seriously.

Mr Biden current leads President Trump 50-38 according to a recent Fox News poll, and numbers released by Real Clear Politics demonstrate that he has an average lead of 8.8 percentage points.

“Particularly this year, [polls] should be studied cautiously. Biden can and should win, but Being at 50, no matter how weak your opponent is, is no guarantee of success,” Mr Dukakis told the Boston Globe.