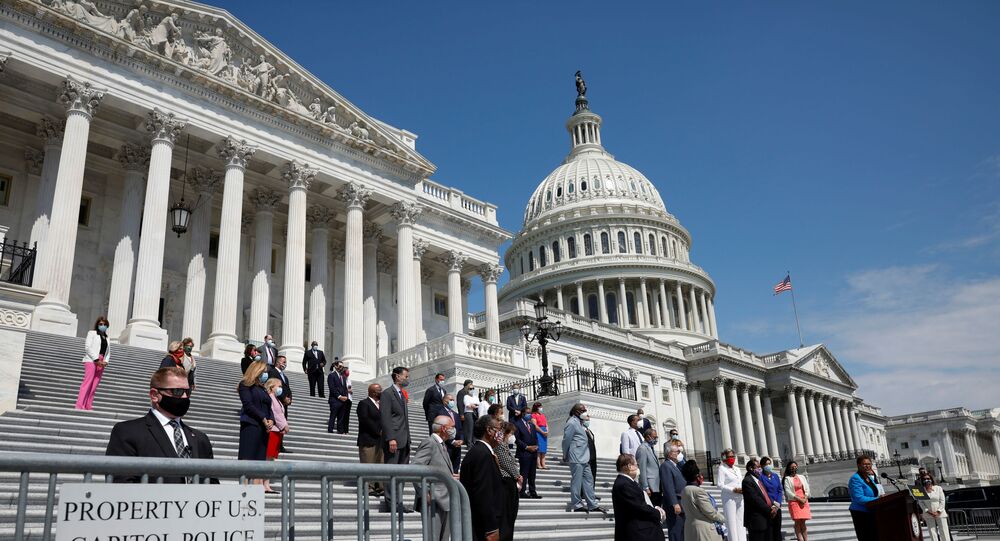 On 20 June, Geoffrey Berman, who had been overseeing the prosecution of criminal activity by several Trump associates, including the latter's former lawyer, Michael Cohen, and current lawyer, Rudy Giuliani, was dramatically ousted from his role as the US Attorney for the Southern District of New York by a demand from US Attorney General Barr.

The former US Attorney for the Southern District of New York (SDNY), Geoffrey Berman, is scheduled to take part in a closed-door hearing before the House of Representatives next week, The Hill reported on Thursday, citing multiple unnamed congressional sources.

Arranged by House Democrats, the hearing will reportedly take place next Thursday.

On 19 June, Berman learned in a press release that he was “stepping down” from his role as attorney for the SDNY and responded in a statement that he had no intention of leaving office. He was then officially informed the next day by US Attorney General William Barr that President Donald Trump had removed him from his position.

The president, however, quickly asserted that he was “not involved” in firing the SDNY attorney, claiming that it was Barr’s request.

Following Berman’s removal, House Judiciary Committee Chairman Jerrold Nadler said that the committee was launching a probe into the Trump administration’s dismissal of the Manhattan attorney.

The House scheduled Barr, a Trump appointee, to testify before the Judiciary Committee on the incident on 28 July.

At least 135 former US attorneys and assistant US attorneys denounced Berman's firing in a statement. The letter noted that Berman had been investigating the president’s associates and described the move as being “without cause”. They accused the Trump administration of “politicising” the office of the US Attorney General and of “undermining confidence” in the US criminal justice system.