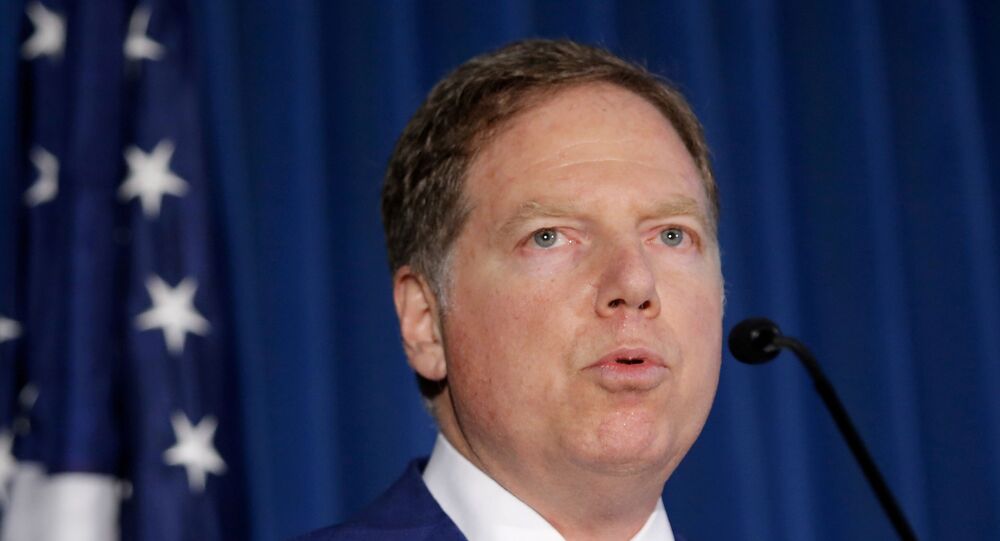 On Saturday, the US Attorney for the Southern District of New York, Geoffrey Berman, announced that he was stepping down to "respect the normal operation of law".

House Judiciary Committee Chairman Jerrold Nadler told CNN that he expects Geoffrey Berman, the US Attorney for the Southern District of New York, who was fired earlier this week, to testify before Congress.

He also commented on US Attorney General William Barr's announcement that he had asked President Trump to remove Berman.

This comes after Barr announced earlier this week that President Trump had fired Berman. The president, however, responded by saying that he was "not involved" in the decision.

Although Berman said that he had no plans to resign and would step down if "presidentially-appointed nominee is confirmed in the Senate", he later announced in a statement that he would "respect the normal operation of law" by leaving the office in light of US Attorney General Barr’s demand, and the appointment of Audrey Strauss to the position.

Geoffrey Berman has been overseeing the prosecution of criminal activity by several Trump associates, including his former lawyer Michael Cohen and current lawyer Rudy Giuliani.