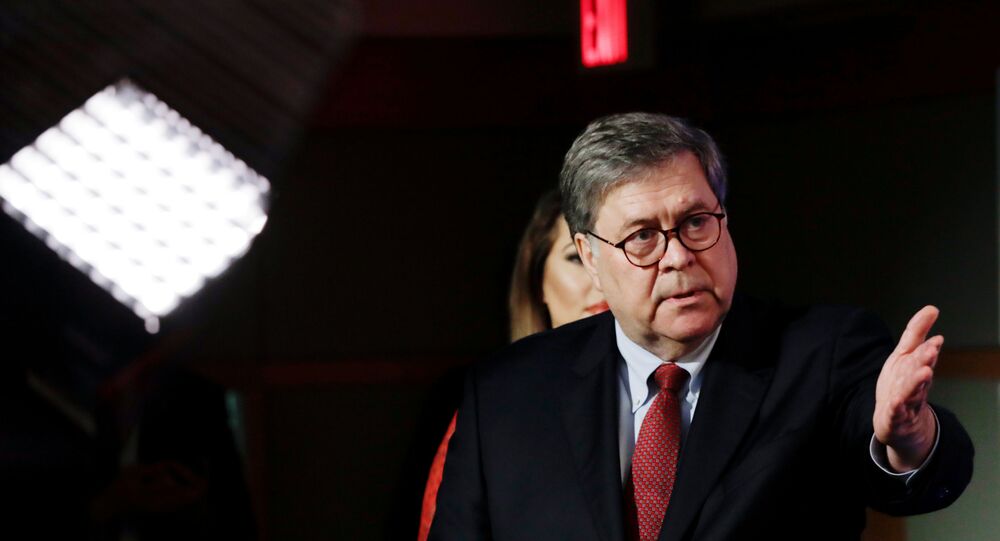 Earlier, the US attorney for the Southern District of New York, Geoffrey Berman, announced that he had no intention of resigning, noting that he had only learned he was "stepping down" in a Friday press release from the office of US Attorney General William Barr.

US Attorney General William Barr announced in a statement that he had asked President Donald Trump to remove Geoffrey Berman, the United States Attorney for the Southern District of New York, adding that "he has done so". Characterizing Berman's actions as "public spectacle" over "public service", Barr said that Berman will be replaced with Deputy US Attorney Audrey Strauss.

"Unfortunately, with your statement last night, you have chosen public spectacle over public service. Because you have declared that you have no intention of resigning, I have asked the President to remove you as of today, and he has done so. By operation of law, the Deputy United States Attorney, Audrey Strauss, will become the acting United States Attorney, and I anticipate that she will serve in that capacity until a permanent successor is in place", Barr's statement said.

​Barr suggested that he expected Berman's cooperation, as a means to "facilitate a smooth transition", as the AG sought "the opportunity to nominate a distinguished New York lawyer, Jay Clayton" as US Attorney. He said that he hoped Berman's departure from the office would be "amicable".

Barr remarked that, in Berman's statement, the latter misunderstood that he could be replaced, pointing out that "a court-appointed US Attorney is subject to removal by the President". Barr denounced Berman's insistence on remaining in office to assure that pending cases are handled appropriately as "obviously false", noting that he "fully expects" the office to handle the cases "in the normal course".

Barr's statement followed Berman's earlier insistance that he had "no intention of resigning" after he "learned in a press release" on Friday that he was being replaced. Berman stressed that he would step down ir and when a "presidentially-appointed nominee is confirmed in the Senate".

Since he took office in 2018, ​Berman has overseen the prosecution of several people close to Trump, including former lawyer Michael Cohen and current lawyer Rudy Giuliani. Berman also oversaw an investigation into Jeffrey Epstein, a high-profile American financier and convicted sex offender with ties to Trump and other ranking officials.