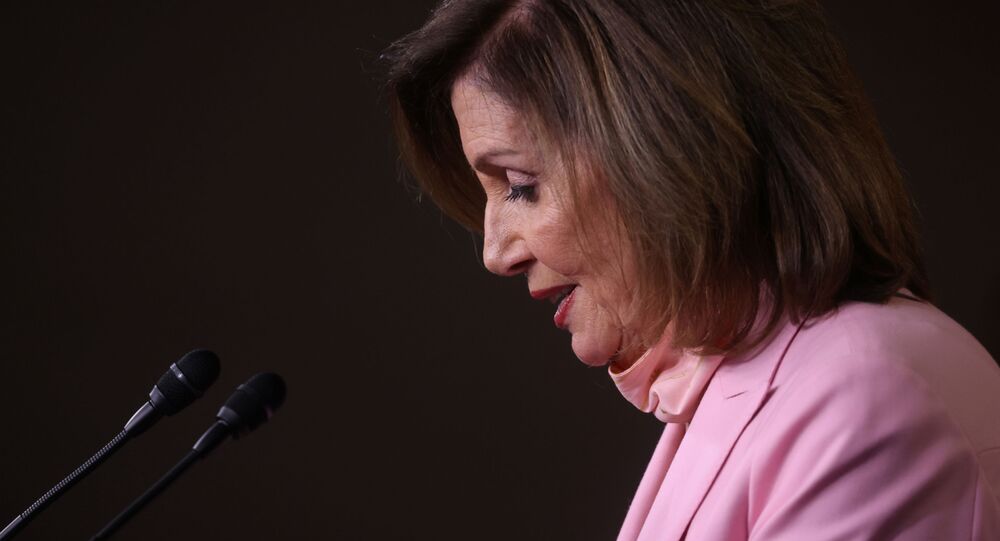 Her statement comes after Geoffrey Berman, ex-US Attorney for the Southern District of New York, announced that he stepped down from his position to "respect the normal operation of law".

Speaker of the House Nancy Pelosi said in a statement Saturday that the firing of US Attorney for the Southern District of New York Geoffrey Berman suggests "improper motives" and "cannot be explained by cause".

She went on to lambast "the President and his cronies" for choosing to "protect Trump's personal and political interests instead of those of the American people", accusing them for "interfering" in numerous criminal investigations of Trump's inner circle.

“The firing of U.S. Attorney Berman cannot be explained by cause and instead suggests base and improper motives.  Attorney General Barr was not truthful last night when he said that Berman was ‘stepping down'", Pelosi said in the statement.

The President and his cronies have chosen to protect Trump’s personal & political interests over those of the American people by interfering in numerous criminal investigations involving the President & his associates. https://t.co/zuWcYtSrDg

​"Congressional oversight of the Executive Branch is needed to protect the integrity of our legal system, which is under serious threat from this White House", she noted in a follow-up tweet.

Her statement followed Berman's announcement of his resignation that was made "in light of Attorney General Barr's decision to respect the normal operation of law", as Barr appointed his deputy, Audrey Strauss, to take over the position.

The resignation took place after a series of statements that were sometimes contradictory, as Berman initially denied his replacement, while Barr insisted that he asked the President to fire Berman, and Trump did so. In his turn, Trump said that he was "not involved", causing uncertainty in the matter.

Amid the unrest over Berman's resignation, the investigation was announced by the House Judiciary Committee, as part of a broader probe into "Barr's unacceptable politization of the Department of Justice".