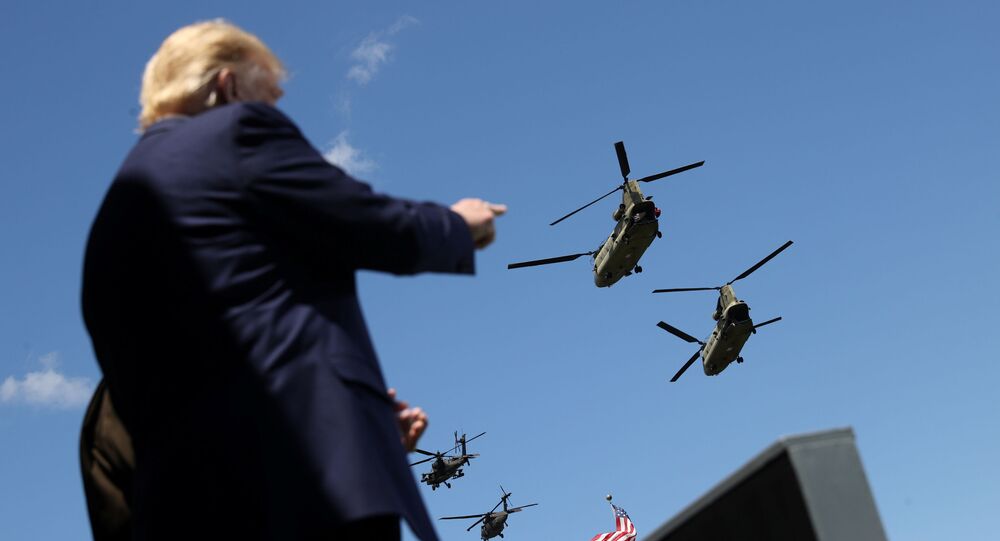 Donald Trump, who turns 74 on Sunday, has always been in the spotlight: first as a real estate mogul, then as a reality TV star, and then as president of the United States. And while his every step is studied under a microscope, there are a few curious little moments that might not be so well known.

Much has been said about Donald Trump: charismatic, socially dominant, disagreeable, reward-seeking, etc.

These are the traits that can be observed in the president’s public life – rallies, speeches, statements, or interactions with supporters and detractors.

Trump, just like everyone else, also has his own habits and schticks. Some of them may seem fun or weird, but after all, it’s the little things that make us who we are, isn’t it?

One of the most unreal moments of Donald Trump’s career was his involvement with wrestling. He has long been friends with Vince McMahon, a fellow billionaire and WWE chief executive, and his casino in Atlantic City hosted a Wrestlemania in 1998.

This led to a staged fight fight in 2007 between two wrestlers playing Trump and Rosie O’Donnell in 2007. The fake Trump smashed an ice cream cake into the face of the O’Donnell impersonator and head-butted her from the rope.

Trump entered the fray in person at that year’s Wrestlemania as part of a scripted ‘Battle of the Billionaires’ storyline with McMahon. He didn’t actually wrestle, as both moguls chose a wrestler to stand in for them. According to the terms of the fight, whoever won would shave the loser’s head bald.

Trump still knocked down and pummelled McMahon during the match. After his stand-in won, he proudly shaved the WWE boss (years later, he tweeted out a video of the bout with a CNN logo plastered over McMahon’s face).

The US president is scared of germs; in a 1993 interview, he said he was washing his hands “as many [times a day] as possible” and liked to drink through a straw because he was afraid that glasses can be contaminated.

“I like it. I like cleanliness. Cleanliness is a nice thing. Not only hands, body, everything,” Trump said at the time. He admitted that his germaphobia could be a psychological problem, but said that he had never sought professional advice for his compulsive behaviour.

Trump had also spoken out against the handshake, calling it “barbaric”, and described himself as a “clean hands freak.” He hasn’t abandoned the greeting after taking office, however, and was seen shaking hands with White House guests during the coronavirus pandemic in the spring.

He is said to ask an aide for hand gel after each meeting and is particularly concerned about bacteria spreading aboard his Air Force One jet. In 2017, he reportedly ordered a military doctor to check on his then-spokesman Anthony Scaramucci after he saw him coughing while on board the aircraft.

“If you’re the perpetrator of a cough or of a sneeze or any kind of thing that makes you look sick, you get that look,” said a former Trump campaign aide. “You get the scowl. You get the response of — he’ll put a hand up in a gesture of, you should be backing away from him, you should be more considerate and you should extricate yourself from the situation.”

Donald Trump’s most attention-grabbing feature is his hairdo, which sometimes lets his down badly. His distinctive swept-back technique has earned Trump much ridicule back in the day, but he keeps standing by it.

In 2004, the golden-haired businessman said that his fiancée Melania was giving him haircuts. “You must really trust her. I do,” he told Playboy. “And by the way, she’s much more artistic than my hair would indicate. But she believes that if you like something the way it is, you should leave it. She doesn’t fool with the hair. She’s not trying to reinvent the wheel.”

A 2016 article in the Hollywood Reporter claimed that the Trumps were going to a private Manhattan salon called L’Appartement, located across the street from Trump Tower.

© AP Photo / Evan Vucci
President Donald Trump waves as he boards Air Force One for a trip to White Sulphur Springs, W.Va., for an event on tax policy, Thursday, April 5, 2018, at Andrews Air Force Base, Md.

However, the magazine cited an unnamed stylist, who worked on a magazine shoot with Trump, as saying that he would only allowed to spray, but not touch his precious hair. “The only one I allow to touch my hair is Melania,” Trump said, as recounted by the stylist.

According to his most recent physical, Donald Trump weighs 244 pounds (just over 110 kilos), which is medically obese. The White House physician notes that the president is in good health anyway.

Trump hasn’t always eaten that way. In his 2004 book, Think Like a Billionaire, he advertised the so-called Mar-A-Lago Diet, which he credited for saving his waistline. It generally included wholesome fresh and minimally processed foods like steamed vegetables.

Things appear to have changed on the campaign trail in 2016, when Trump relied on Burger King, McDonald’s, and KFC for fuel. In his words, it wasn’t only about the taste and time, but also about hygiene.

“I think you’re better off going there than someplace you have no idea where the food is coming from. It’s a certain standard,” he told CNN in 2016. “The one thing about the big franchises: one bad hamburger, you can destroy McDonald’s. One bad hamburger, you take Wendy’s and all these other places and they’re out of business.”

Another trait of Trump’s that goes against common medical recommendations is his unusually short sleep time. A young Trump said in a 1990 interview that he slept no more than four hours a night – and apparently believed it gave him a competitive edge in business.

“I have friends who need twelve hours a night and I tell them they’re at a major disadvantage in terms of playing the game,” he recounted.

That hasn’t changed when he became president: Trump revealed that he usually goes to bed at 1 a.m. and wakes up at 5 a.m. to eat, read newspapers and watch TV.

His physician has also confirmed this to reporters. “He’s probably been like that his whole life. He’s just one of those people who just does not require a lot of sleep,” Dr. Ronny Jackson said in January 2018.

Most adults need an average of seven to eight hours of sleep every day, but a small fraction of the population (one to three percent) have the so-called short sleeper syndrome, which allows them to function normally with less then 6 hours of sleep.

“Don’t sleep any more than you have to,” Trump advised readers in Think Like a Billionaire. “I have friends who are successful and sleep ten hours a night, and I ask them, ‘How can you compete against people like me if I sleep only four hours?’”