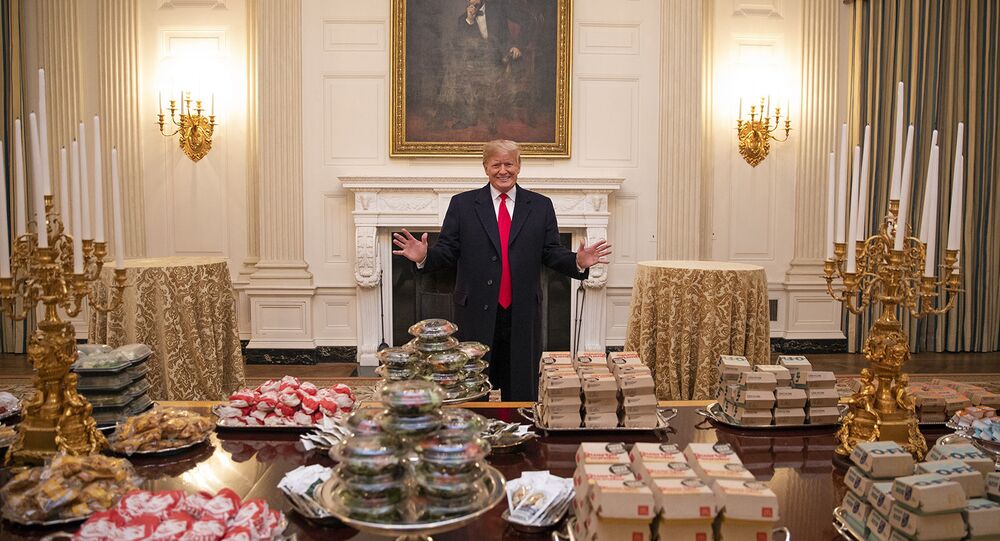 On a (Medium) Rare India Trip, Will Beef-Loving Trump be Forced to Go Vegetarian?

Narendra Modi, Donald Trump’s hospitable host, has tried hard to accommodate his guest on his maiden visit to India – a tour of the Taj Mahal, a rally at the world's largest cricket arena, and a lavish banquet in New Delhi. But the latter may well prove a problem.

While Donald Trump is making his 36-hour trip to India, there is one detail that is causing his aides headaches: the menu.

For India, which has more vegetarians that the rest of the world combined, vegetarianism is not just a lifestyle – it’s deeply rooted in religion and culture. And it’s safe to say that Donald Trump would like to munch on a big fat steak rather than on a lettuce.

His diet mainly consists of bacon and eggs, meatloaf, well-done steaks, and burgers (he once ordered 300 of those to the White House). “I have never seen him eat a vegetable” other than an occasional salad, a person close to Trump told CNN.

But his counterpart Narendra Modi, a devout Hindu, is a vegetarian. India’s prime minister was seen having nothing but water when he visited the White House in 2014. He was observing the ritual Navratri fast at the time.

Modi won’t abandon his diet for Donald Trump and will serve vegetarian food to him, CNN reports citing sources familiar with the planning.

“I don’t know what he’s going to do in this case. They don’t serve cheeseburgers,” a former official said.

Suresh Khanna, a chef who will prepare food for Donald Trump and his wife Melania, said his meal at a dinner with Modi later in the day will be vegetables-only.

“A special Khaman (a snack from gram flour) is being prepared as the US President and the First Lady like Khaman a lot,” he revealed. “The menu includes only veg items; it'll be cooked in Gujarati style. Food inspectors will be tasting the food first, then after a thorough check it will be served to guests.”

Trump aides are said to typically bring food when he is on the road and keep it on Air Force One, the aircraft carrying the president, so they could intervene to ensure that he gets his regular fare if necessary.