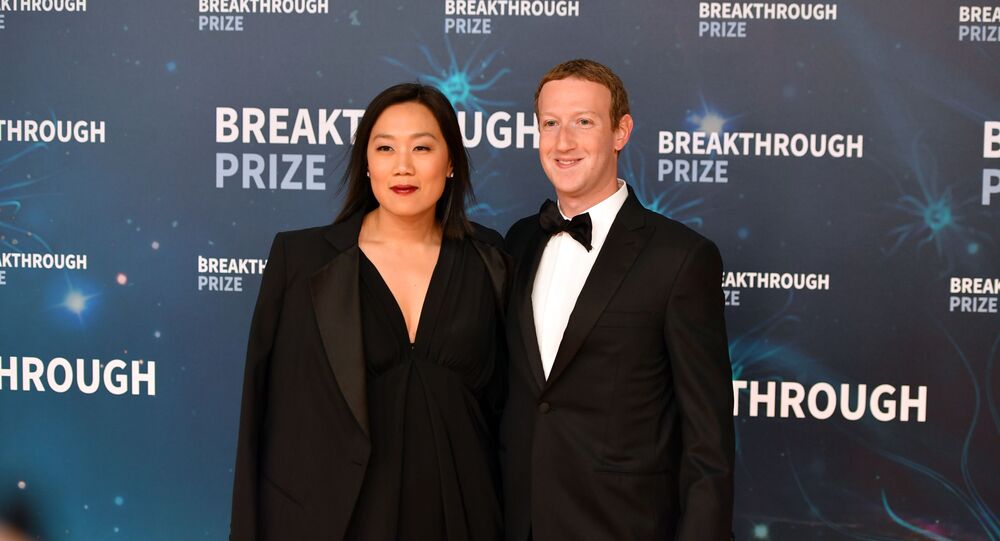 US President Donald Trump’s recent post in response to the George Floyd protests across the country was flagged by Twitter for potentially “glorifying violence”, however, Facebook refused to take the post down – the decision that has apparently provoked outrage among many.

Facebook CEO Mark Zuckerberg and his wife Priscilla Chan reportedly said that they were "deeply shaken and disgusted" by Donald Trump’s rhetoric, which they called “divisive and incendiary”, according to a letter reportedly sent by the Chan Zuckerberg Initiate (CZI), which was shared by Recode journalist Teddy Schleifer.

“This is an extraordinarily painful inflection point in our nation’s story, particularly for the Black community and our Black colleagues, who have lived with the impacts of systemic racism for generations,” the couple wrote.

Mark Zuckerberg & Priscilla Chan have responded to the 270+ scientists at the @ChanZuckerberg Initiative who called on Zuckerberg to curb misinformation.

Zuckerberg says he and Chan are "deeply shaken and disgusted by President Trump’s
divisive and incendiary rhetoric." pic.twitter.com/j5ziU15Ik9

The letter was a response to a joint call from 143 scientists who are receiving funding through CZI or have received it in the past. Last week, they sent a public letter to the Facebook co-founder to protest the platform’s decision not to delete Donald Trump’s earlier post in relation to national riots.

In a tweet from 29 May, the president criticised “the thugs” that were “dishonoring” the memory of George Floyd by their violent actions, proclaiming that “when the looting starts, the shooting starts”. Trump later explained that his post was not spoken as a statement but as a fact, as “looting leads to shooting”, with Trump citing an incident in Minneapolis when a man was killed during the riots in the end of May.

Twitter still flagged the president’s publication for potentially “glorifying violence” but Facebook declined to do so, saying the post was read by the platform as a “warning about state action”.

Zuckerberg also explained the platform’s inaction by the need to “enable as much expression as possible”, while later specifying that it was committed to “giving everyone a voice” – even if it was something its leadership “strongly and viscerally” disagreed with. A number of scientists, and even the company’s employees, however criticised Facebook’s decision - not the first time when the platform came under fire for its adherence to freedom of speech.

“We were disconcerted to see that Facebook has not followed their own policies in regards to President Trump, who has used the Facebook platform to spread both misinformation and incendiary statements,” they wrote in the letter shared on 6 June.

In response to the call, Mark Zuckerberg and his wife noted that Facebook and CZI were “entirely separate and independent organisations with different missions and teams”, although they shared the same co-founder, and said that Facebook policies will never “dictate how we at CZI approach our mission, work or partnerships”. The letter still cited Facebook’s pledge to review some of its policies related to the proliferation of racial justice.

Donald Trump’s harshly-criticised post came as a reaction to widespread looting amid protests in the United States following the death of African-American Minneapolis resident George Floyd, after a brutal arrest by local law enforcement officers. The incident provoked riots across the country, with the president calling on the deployment of National Guard.