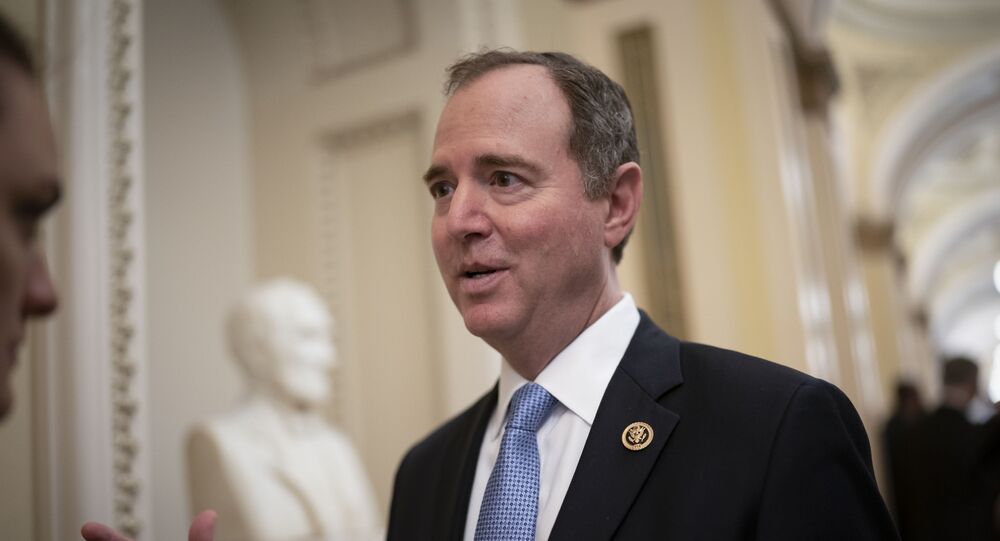 On Friday night, US President Donald Trump dismissed Michael Atkinson, the intelligence community watchdog who notified Congress of a whistleblower complaint that prompted the impeachment of the president, the third such action in US history.

In a four-page letter sent on Tuesday to Richard Grenell, the acting director of national intelligence, Schiff demanded Grenell turn over documents explaining his management of the office, including the Atkinson firing.

“This effort appears to be proceeding despite the coronavirus pandemic and amid indications [...] of political interference in the production and dissemination of intelligence,” Schiff wrote in the letter.

The Democratic lawmaker, one of the leading managers in the Trump impeachment, blamed Grenell for undermining critical intelligence functions by failing to consult Congress about recent personnel changes.

“President Trump did not nominate you for confirmation as permanent DNI, and it would be inappropriate for you to pursue any additional leadership, organizational or staffing changes to ODNI during your temporary tenure,” Schiff wrote. “Any effort, moreover, to remove or otherwise initiate personnel actions against apolitical career officers based on their perceived loyalty to the president would contravene civil service protections”.

Earlier, Trump said that his decision to fire Atkinson was the right move to make, claiming that “he did a terrible job”. The president accused the inspector general of taking what he characterized as “a whistleblower report that turned out to be a fake report”.

Atkinson, in commenting on the US president's decision, noted that he was fired as IG of National Intelligence because he “faithfully discharged my legal obligations as an independent and impartial Inspector General,” according to the Hill.

In September 2019, the US House initiated the impeachment of Trump after being notified by Atkinson who had received a complaint from an intelligence officer concerning a July telephone conversation between the US president and his Ukrainian counterpart, Volodymyr Zelensky.

The complaint suggested attempts by Trump to press Zelensky to investigate former US Vice President Joe Biden and the latter's son, Hunter, regarding allegations of illegal business activities in Ukraine.

Although Trump was impeached by the US House of Representatives on 18 December 2019, for abusing the powers of his office and obstructing Congress - the 3rd US president in history to be impeached - the US Senate on 5 February subsequently acquitted him, allowing to retain his tenancy in the White House.