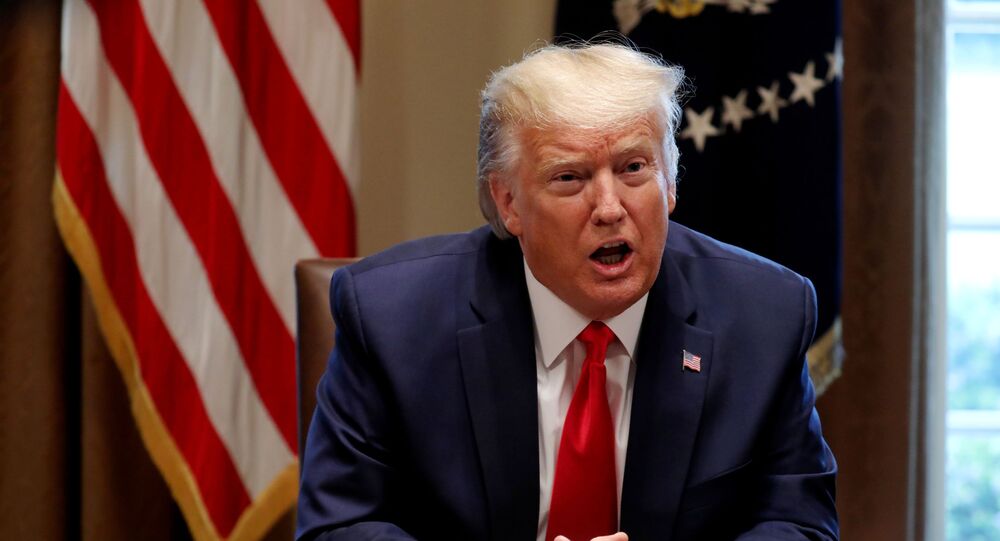 Last year, Michael Atkinson notified the US Congress that he'd receiving a complaint from an intelligence officer concerning the July telephone conversation between the US President and his Ukrainian counterpart Volodymyr Zelensky. The content of the conversation ultimately became the reason for the impeachment proceedings against Trump.

US President Donald Trump has notified Congress that he intends to dismiss Intelligence Community Inspector General Michael Atkinson, who was investigating an informant complaint that initiated the impeachment process, the Washington Post reported, citing a letter from the president.

In November of last year, the New York Times, citing a source, reported that Trump was considering dismissing Atkinson because he did not understand why he had filed the complaint.

At the same time, other newspaper sources noted that although Trump did express such an idea, "the dismissal of Atkinson was never seriously considered."

“This is to advise that I am exercising my power as President to remove from office the Inspector General of the Intelligence Community, effective 30 days from today,” Trump wrote in a letter quoted by The Hill.

According to the Washington Post, Trump sent a letter of intent to Congress on Friday night.

Trump's impeachment process began after a complaint by an unnamed intelligence officer about his telephone conversation with Ukrainian President Volodymyr Zelensky.

Atkinson was investigating the informant’s complaint about Trump’s conversation with Zelensky, which led to the start of the impeachment investigation.

On 5 February, ​Trump was acquitted by the Senate of charges that he had abused the powers of his office and obstructed Congress as it probed his alleged attempts to press Ukraine's President Volodymyr Zelensky to investigate former US Vice President Joe Biden and his son Hunter regarding their potentially illegal business activities in the country.