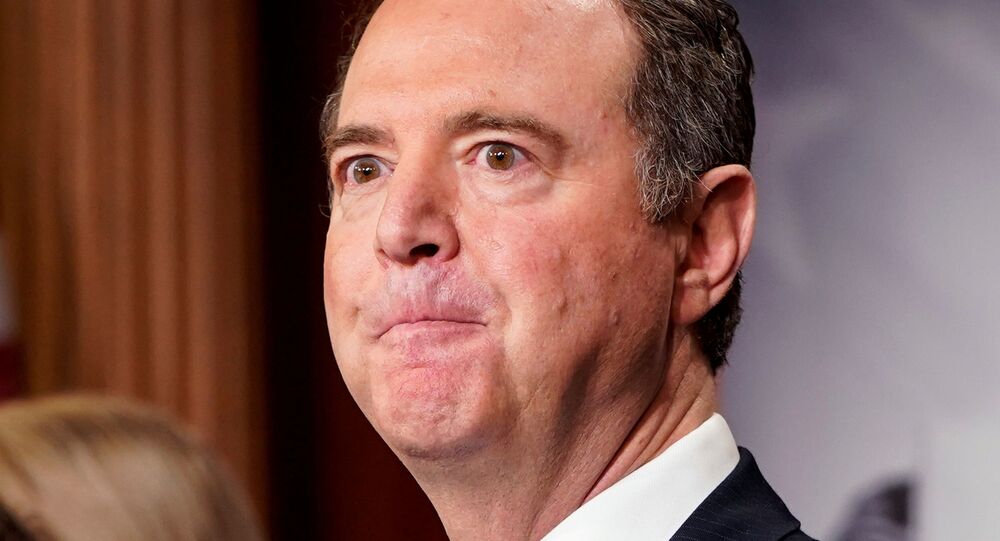 In a recent series of tweets devoted to the ongoing impeachment trial, US President Donald Trump slammed House Democrats’ leading impeachment manager Adam Schiff as a “corrupt politician”, saying that he “has not paid the price, yet” for what he has allegedly done to the US.

Congressman and leading manager in the Trump impeachment trial Adam Schiff said that the US president’s recent tirade against him and other Democrats on Twitter was intended as a threat.

“I think it was intended to be”, Schiff said during NBC’s “Meet the Press” programme.

On Sunday, the president lashed out at Democrats and Adam Schiff, who was among Trump’s most prominent accusers during the impeachment inquiry into his alleged abuse of power, calling the congressman a “corrupt politician” and “a very sick man”, suggesting that he “has not paid the price, yet” for his perceived wrongdoings.

Shifty Adam Schiff is a CORRUPT POLITICIAN, and probably a very sick man. He has not paid the price, yet, for what he has done to our Country!

​“The Impeachment Hoax is a massive election interference the likes of which has never been seen before. In just two hours the Radical Left, Do Nothing Democrats have seen their phony case absolutely shredded. Shifty is now exposed for illegally making up my phone call, & more!” Trump added.

© REUTERS / KEVIN LAMARQUE
Trump Won’t Be Impeached as Charges Don’t Violate US Constitution – Prof.
The trial against the US president began in the Senate this week, after the Democrat-controlled House of Representatives approved two articles of impeachment on 18 December, accusing Donald Trump of abusing his power when he allegedly pressured the Ukrainian government to open an investigation into former US Vice President Joe Biden along with his son, Hunter Biden, and also of obstructing Congress during the hearings on the matter. The two articles of impeachment were subsequently sent to the Senate almost a month later, where a final decision on whether to remove Donald Trump from office will soon be reached.
...
Reddit
Google+
Blogger
Pinterest
StumbleUpon
Telegram
WhatsApp
59
Tags:
US Senate, impeachment, Ukraine, Twitter, Adam Schiff, Donald Trump
Community standardsDiscussion