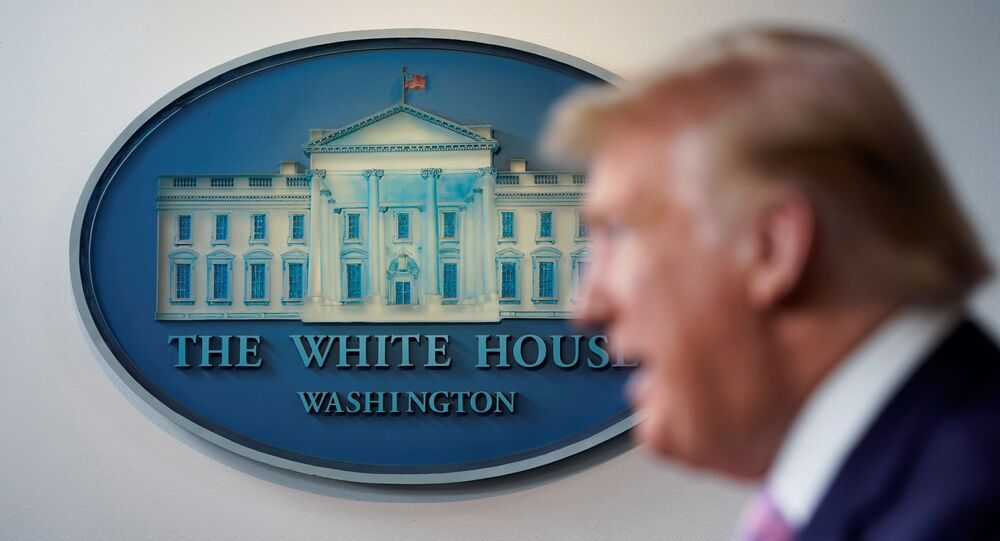 Fired IG Michael Atkinson was the one who alerted the US Congress of a whistleblower complaint that ultimately set off the impeachment proceedings against President Trump that lasted from September 2019 to February 2020.

US President Donald Trump said on Saturday he was right to fire Michael Atkinson, the Intelligence Community inspector general, saying that "he did a terrible job".

"I thought he did a terrible job... Absolutely terrible. He took a whistleblower report that turned out to be a fake report, it was fake...he took a fake report and he brought it to Congress with an emergency...", Trump told reporters at the Coronavirus Task Force briefing at the White House. "The man is a disgrace to IGs."

US media reported earlier, citing a letter Trump sent to the Senate and House intelligence committees, that the president was dismissing Atkinson, effective in 30 days.

"It is vital that I have the fullest confidence in the appointees serving as inspectors general. That is no longer the case with regard to this inspector general", the letter said.

Pres Trump - on a Friday night during a pandemic - in a Letter obtained by ABC News below - fires Michael Atkinson, the Inspector General for the Intelligence Community who transmitted to Congress the whistleblower complaint that sparked the Ukraine impeachment inquiry. pic.twitter.com/KhaCJvSK3i

The whistleblower complaint, which Atkinson pushed to share, alleged that President Trump "put pressure" on his Ukrainian counterpart Wolodymyr Zelensky to investigate into potential corruption dealings of former Vice President Joe Biden (now the Democratic frontrunner in the 2020 election) and his son Hunter Biden in Ukraine. The Republican-majority Senate acquitted Trump on both impeachment articles, which included charges of abuse of power and obstruction of Congress, in February of this year.