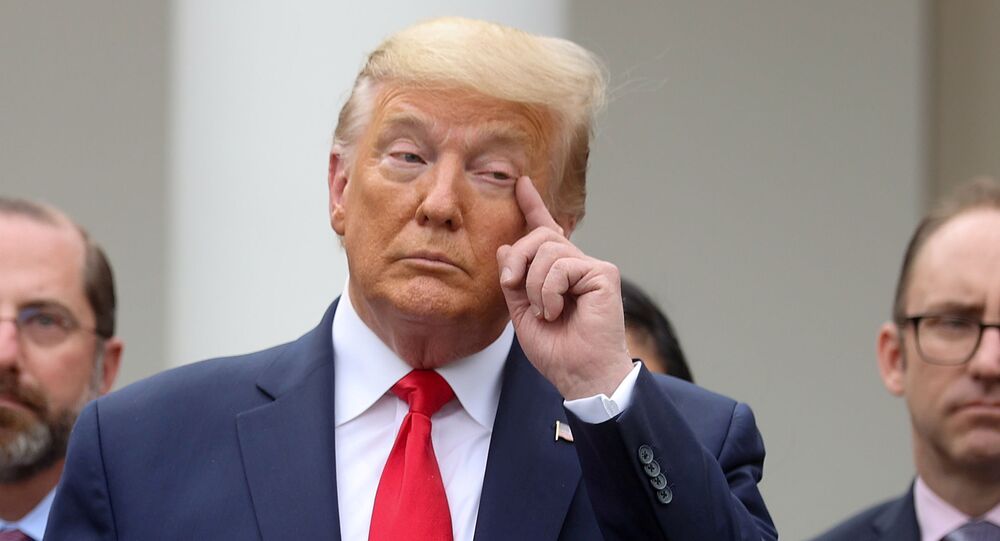 On Friday, Trump declared a national emergency in an attempt to contain the COVID-19 coronavirus pandemic in the US. During a press conference he claimed that Google was working with his administration to develop a website that would assist people in determining whether they need to test for the virus and where to go to receive a diagnosis.

Tech giant Google refuted US President Donald Trump’s claims that the company is collaborating with the president's administration to build out a website that would assist Americans in screening for the coronavirus, according to WIRED.

According to the media report, citing an unnamed source, company officials were surprised by the president’s announcement, which is, according to the source, "entirely wrong".

In a statement published on Friday, Google clarified that the website in question is being developed by Verily, an independent subsidiary of Alphabet Inc., the parent company of Google, for the San Francisco area alone.

“We are developing a tool to help triage individuals for Covid-19 testing. Verily is in the early stages of development, and planning to roll testing out in the Bay Area, with the hope of expanding more broadly over time,” Google tweeted, citing a Verily statement. “We appreciate the support of government officials and industry partners and thank the Google engineers who have volunteered to be part of this effort”.

“We appreciate the support of government officials and industry partners and thank the Google engineers who have volunteered to be part of this effort."

The Verge reported that the project was initially set to only be made available to health care workers. After Trump's statement, however, Verily reportedly decided that it would let the public visit, but the information would be tailored only for those in the San Francisco/Bay Area.

According to the WIRED report, the White House refused to comment on the issue but did not dispute that Google was unaware of Trump's intention to incorrectly announce the site during his Friday speech.

At Trump's Request, Cruise Lines Suspend Outbound Voyages from US for 30 Days